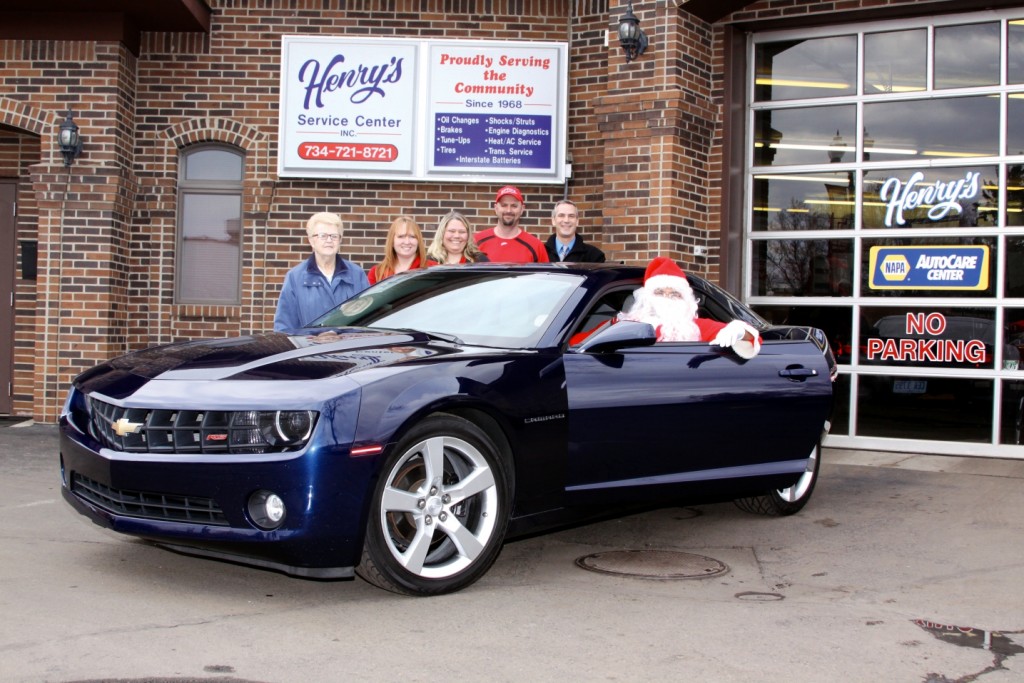 The City of Wayne Goodfellows has a long-standing tradition of ensuring that no child in Wayne goes without a Christmas. To raise money, various fundraisers are done throughout the year along with a Christmas party in December. The funds raised during these events are used to help the hundreds of needy children and families at both Christmas time and in the event of a catastrophy or emergency such as a fire. Gift cards are given to the families to provide them with food and toys during the holidays.
Last year a progressive raffle was held at Avenue Downtown Wayne which raised several thousand dollars. This year, they are taking it to the next level. The Wayne Goodfellows are raffling off a 2010 Chevy Camaro valued at $20,000! Tickets are $20 each and only 3,000 are available, so get yours quick.
The drawing will be held on Wed. July 29th, 2015 during concerts in the park at Goudy Park. Local bands will provide the entertainment for free starting at 7:00 p.m. following the farmers market. The winning ticket will be picked at 9:00 p.m. by a surprise celebrity.
Tickets will be available for purchase starting April 8th at the following locations: Henry’s Service Center, Icon Computers, AKA sports, Lobo’s Tires, Wayne City Hall, the Wayne Rec. Center and during most Farmers markets. The car will be on display at Henry’s Service Center during the month of April – be sure to check it out!
In 2014 The Wayne Goodfellows helped over 300 families because of the generous support of residents and businesses. With your support of the Camaro raffle, we will be able to help the ever growing number of children families and seniors in need of assistance in 2015.
“We are excited about the Camaro raffle and hope it’s a great success. This community event will be fun for the whole family. The money we raise will allow us to help more people, not only at Christmas and during emergencies, but also more scholarships at Wayne Memorial High School and helping other local causes,” said Jennifer Gietzen, President of the Wayne Goodfellows.
The elected officers, executive board and volunteers of the Wayne Goodfellows are not paid so 100% of the money raised and donated goes back to the community.
Elected Officers are:
Jennifer Gietzen, President
Shawn Bell, Vice President
Mel Moore, Treasurer
Cathy Lutkenhoff, Secretary
Donations can be made online at www.waynegoodfellows.org/donate.
For assistance from the Wayne Goodfellows, please fill out the forms at www.waynegoodfellows.org/assistance. Applicants must be City of Wayne residents.
All applications for assistance must be submitted by Nov. 30.
The completed forms can be dropped off at Henry’s Auto Service Center on Wayne Road or mailed to Wayne Goodfellows, P.O. Box 472 Wayne, MI 48184.
The Wayne Goodfellows thank you so much for your continued support!