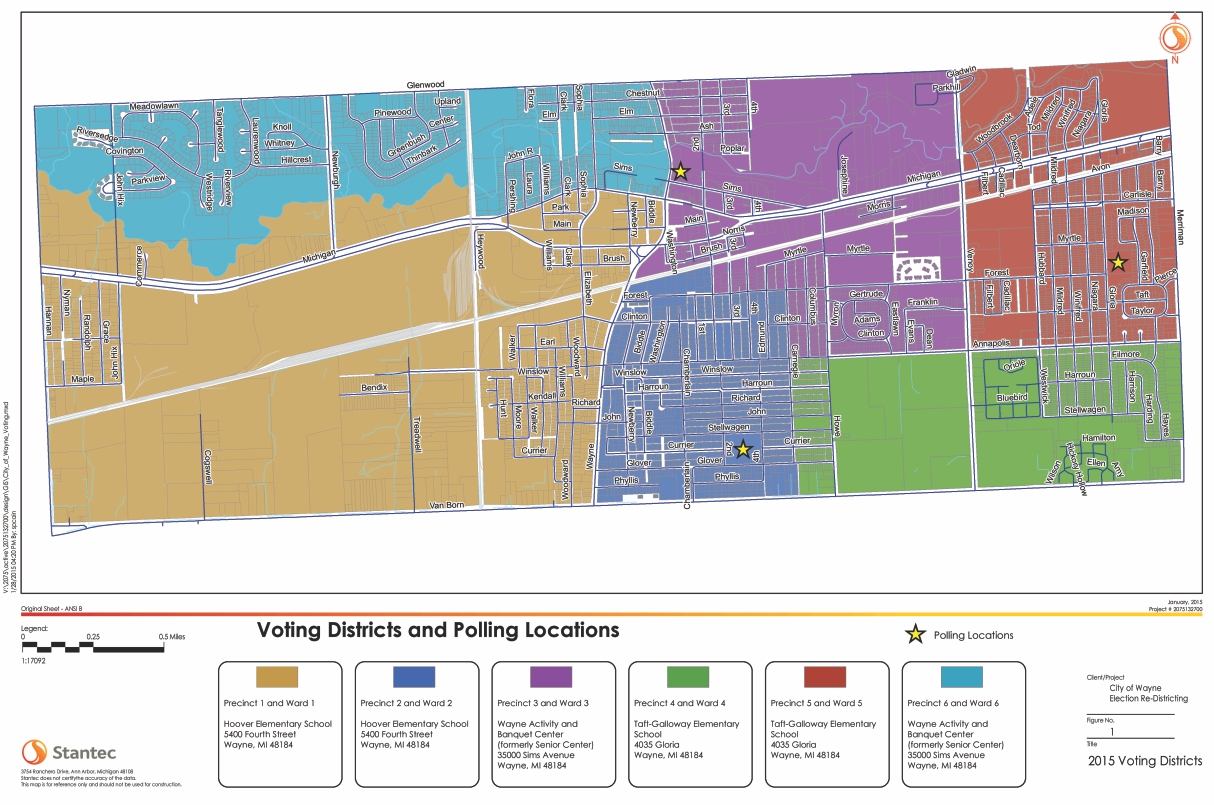 There will be a change to the voting process in Wayne starting with the May 5 election.
In November 2014 voters in the city approved a ward voting system. To implement these changes there will be a change to polling locations and all voters will get new voter registration cards. New cards will be mailed out to all registered voters this month.
About 75% of voters will have a new voting location. All of the Woodbrook subdivision will now vote at Taft-Galloway Elementary School. Most of the former precinct six voters are now part of precinct three and will vote at the Wayne Activity and Banquet Center.
The city will have one less precinct and polling location. Roosevelt-McGrath Elementary School will no longer be a voting location.

The election commission created the new precincts and city council created the new wards, said Matthew Miller, city clerk.
A committee was formed to redistrict Wayne and create the six wards that evenly distribute the population for each ward with no more than 3,000 people per ward.
It cost the city about $50,000 to make the changes to the voter registrations cards, maps, postage and other election expenses.
Miller said on Election Day there would be extra staff on hand to help direct people to proper voting locations.
To view a map of the new precinct and ward boundaries visit www.ci.wayne.mi.us.
Ward voting will begin with the August 2015 city council primary election. Council members must be elected from the ward in which they live.

Council put police and fire pension on May ballot