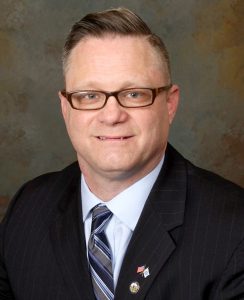 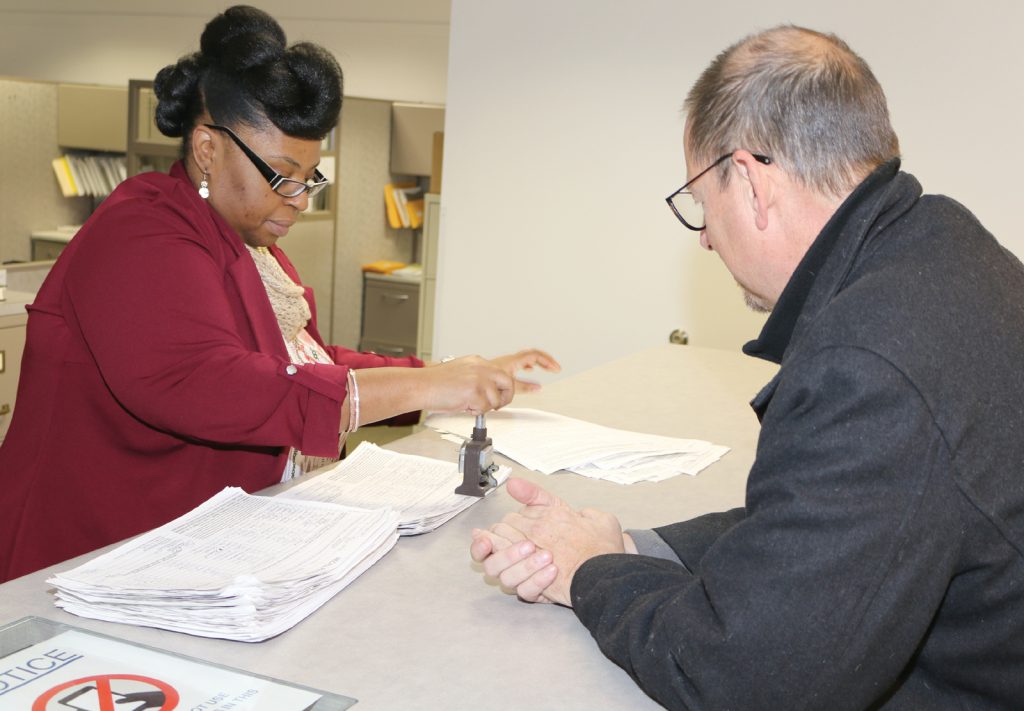 By Carolyn Marnon – They needed 1,183 signatures to submit a recall petition to Wayne County. Backers of a petition to recall Wayne Councilman Chris Sanders had a goal of obtaining at least 1200 signatures in the 60 day window they had to get the required number of signatures; they exceeded that by several hundred. Signatures that were obtained the first week of signature gathering dropped off the count in favor of extending the gathering period by one week and getting an even higher number of signatures in the 60-day window.
Wayne resident Bob Boertje submitted the petitions to Wayne County on December 6. The county will verify the count numbers and then send the petitions to Wayne City Clerk Matt Miller for verification that the signers are registered voters in the City of Wayne.
During the city council meeting held December 5, Bob ceremoniously plopped a 4-5 inch stack of papers on the top of the podium while addressing the council during citizen comments. He thanked numerous residents for helping to obtain the signatures. He also thanked all the residents who signed the petitions. Councilman Sanders’ looked downwhile he focused on scribbling something without looking up toward the audience like the other council members were.
This is the first known recall of a sitting council person. Resident Jeff Wild implored the councilman undergoing recall efforts to resign that evening and save the city the $20,000 it would cost to have a new election.
“A recall is a key part of our electoral process,” said Councilman Sanders. “I respect the seriousness of this citizen’s initiative. However, I was elected to serve the residents of Wayne with every vote I make. I have and will continue to do so, so long as the great people of Wayne allow me.”
If the recall count is verified and approved, the election to elect a new council person to the position would be in May, 2018. Mr. Boertje has previously said that persons are in place to run for the seat. Councilman Sanders will still have the option to run on that ballot.