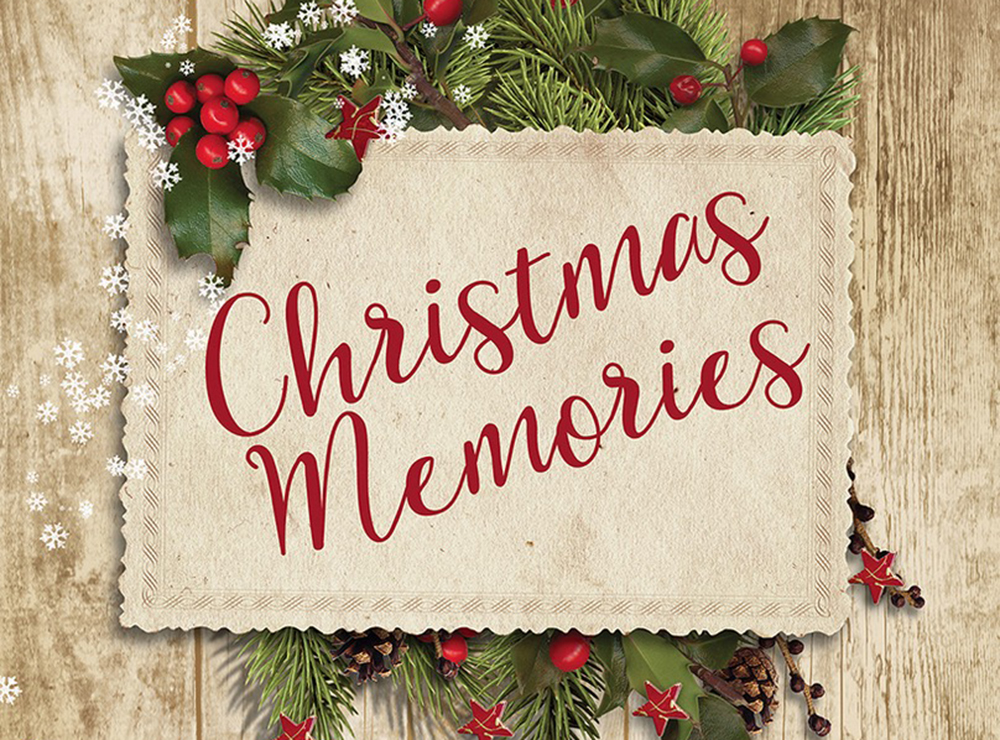 By Carolyn Marnon
When thinking about Christmas, we all have special memories that always come to mind or are part of the family stories we tell when we are together. Several Wayne residents and several Wayne business owners shared their own special memories with The Wayne Dispatch this year.

I remember one year getting ice skates for Christmas and couldn’t wait to try them out at Jaycee Park. The city would flood the floor of the pavilion, and it would freeze into a smooth sheet of ice. Seems to me it would be frozen well before Christmas.

The fondest memories I have about Christmas as a child were the two Christmas Eve family events. On Christmas Eve we would start at my Nono’s house where my father’s family gathered to feast on a traditional Italian meal of fish spaghetti. As a child, I did not appreciate that wonderful dish, but today, it is one of my favorite meals that I look forward to. My Uncle Nard (Leonard), would take me and my three other siblings to the Holiday Gas Station at some point during the evening to pick out any toy that we wanted. This particular gas station was also a store so it had a lot of toys to choose from. Mom and Dad always reminded us not to be greedy and make sure that while we picked out what we loved, to be reasonable about the cost. Uncle Nard wanted us to pick out whatever we wanted, but did have size specifications on the items because he only had a small car and there were already five of us taking up most of the room. I still have one of the jewelry boxes from one of our trips that contains a ballerina. I believe I was 6 years-old when I chose that item. There were other nieces and nephews, but we visited Nono and Uncle Nard every weekend, so he decided to only offer this to the four of us as we were very close to him.
After spending time there, we would head across town to Grandma Joyce and Grandpa Herb’s house, my mother’s parents, and we would eat more spaghetti, venison sausage (made by Grandpa, not something I liked, but the others did) and then we would open presents with our cousins. Grandma always went the extra mile to make one of the presents fun by adding some sort of game to it. We had a lot of fun with our cousins and we were exhausted by the end of the night. I recall it always snowed hard on Christmas Eve, so Dad would drive us home (about 15 miles) slowly, playing Christmas music. I don’t think I ever made that trip home without falling asleep in the car.
On Christmas Day, the grandparents and some of the cousins would come to our house for dinner. Grandma always made the turkey and mom spent the morning in the kitchen baking the ham and working on all of the other delicious food. We always ate at 3:30 p.m. and still today, we eat around the same time. That leaves room to nosh on the wonderful leftovers later that evening.
I made a promise years ago to my mom and dad that they would never wake up on Christmas Day alone. 47 years later, I have not missed a Christmas with them. That is the day I cherish the most as an adult, spending time with my two best friends, mom and dad.

My most memorable Christmases are those we spent with my maternal grandparents. On Christmas Eve at Granny and Gramps’ house on Grosse Ile, our family ate traditional Polish Christmas Eve fare, like pierogi and kielbasa. We would wish Merry Christmas to each person gathered by breaking a piece of oplatki, a wafer similar to a communion host. We would also have an empty chair for the (un)expected guest, King Jesus, who would be born on Christmas Day. We opened presents only after seeing the first star in the night sky, which represented the star that led the shepherds to Jesus’ manger. We probably watched a Christmas movie like Rudolph, the Red-Nosed Reindeer or Frosty the Snowman. If we were able to stay awake long enough, we would go to midnight mass on the way home. Christmases with Granny and Gramps (and three aunts, an uncle, cousins, mom, dad, and my brothers and sisters) were the best, and I hold those memories dear to my heart.

I always remember the year we took the kids to Sears for some Christmas shopping. They were old enough to go around on their own and they did. Whenever we came across one of us in the store, we would hide what we had picked up and scurry away. It was a lot of fun. I also remember the trip to Greenfield Village at Christmas time. I asked Bobby to move and he said he couldn’t because the horse was standing on the side of his boot! Fun times stringing popcorn for the Christmas tree. Our dog Lady going along eating it on the end of the string. Also remember tying the hall doors together so that they could not run into the living room ahead of us. And reading The Night Before Christmas to them in their pjs on Christmas Eve. Bobby falling asleep at Church on Christmas Eve. And the year we forgot Bobby’s biggest gift in a basement closet. I remember Jackie so proud of her gift of a broom, dustpan and apron when she was 3. Scott loved the art supplies we got for him. Lots of fun memories for sure!

My favorite memory as a child celebrating Christmas is when my family received a large bag of toys from the Good Fellows. The kindness and act of giving has been forever instilled in my life.
Ali Sayed
HYPE Athletics Founder/CEO

I have many fond memories of Christmas in Wayne but love to hear my husband tell his favorite memory of Christmas as a child. He was born in Wayne in 1940, grew up in Wayne and still lives in Wayne today. His family lived in downtown Wayne on Sophia Street, one of the short streets that ran north off Michigan Avenue for a block to the Rouge River. (He remembers the river as a place to play in the summer and skate in the winter as his parents did when they were younger.) My husband lived on the right side of the street second from the end. His grandmother on his mother’s side lived across the street in the last house next to the river. His grandparents on his father’s side lived on the next street Clark, and his Aunt and Uncle lived on the next street, Williams. His father’s brother and his family lived across the river. My husband was surrounded by family in a community where he knew most everyone as his father was a businessman in downtown Wayne. He walked two blocks to the old Roosevelt School and three blocks to Carpenter Park in the downtown area where Santa’s House and Village was located at Christmas time. It was here that all of the children would give Santa their Christmas wish list.
At Christmas the downtown was decorated from top to bottom. Mulholland’s Drygoods Department Store, Lazar’s, Gladstones, Milt Humphries, Kresges and many other businesses were decked out in holiday colors.
Each year on Christmas Eve all of my husband’s relatives congregated at his grandmother’s home to celebrate! The children sat on the stairs at the end ofthe living room that led to the upstairs. The adults gathered in the living room and dining room. Christmas song sheets were passed out as his aunt played the piano and his grandmother played the melodeon. Singing filled the air and the neighborhood. Following the song fest there was lots of chatter and visiting as cookies and cider were enjoyed by all! Last but not least small gifts were exchanged by all. My husband loves to share these great memories of having his whole family living together in Wayne and
celebrating Christmas together at his grandmother’s house!
Darlene Hawley
Wayne Resident