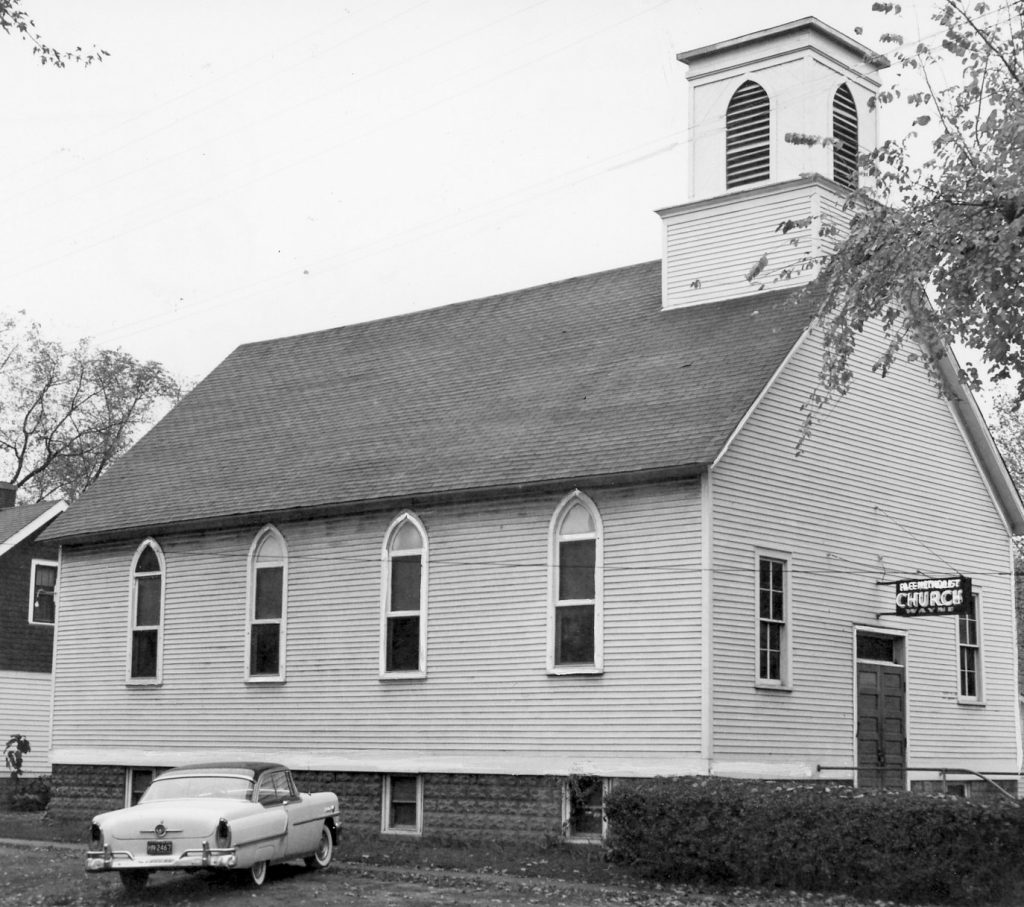 Old Wayne Free Methodist church was on the SW corner of Main and Clark.

By Sarah Shurge – “We’re not just celebrating us and our building, but celebrating loving people for 150 years,” said Eric Rose, associate pastor at Westland Free Methodist Church.
To reach 150 years, you have to be doing something right, right?
Being a church with a rich history and a focus on loving and serving the community, Westland Free Methodist Church has been doing more than something right for 150 years now.
Sunday, September 26th, Westland Free Methodist Church celebrated its 150 year anniversary with family and friends.
“This church has been such a huge part of the community. It’s about more than just the people in these walls. It’s about what we can do to make this community a better place,” said Tyson Nofzinger, lead pastor at Westland Free Methodist Church.
The Free Methodist Church dates back to 1860, when B.T. Roberts, J. W. Redfield and others formed the Free Methodist Church of North America at an organizational conference at Pekin, New York.
The name “Free Methodists” was derived from the resistance to slavery. Many of the early Free Methodists were highly critical of the Methodist Episcopal Church, which did not condemn slavery.
Roberts was an abolitionist who believed the church and people should be free. He believed you should be able to attend church whether you had money or not. He also believed that you could not have a slave if you were a Free Methodist. Many of the early Free Methodists were active in the operation of the Underground Railroad.
Because of this, Roberts started Free Methodist churches in many slave towns. However, he also started churches in regular towns such as Wayne, Michigan.
The church was started as a Free Methodist congregation on September 28, 1871.
It started as a home church but then transitioned to a few locations and was called the Wayne Free Methodist Church around 1910. As the congregation continued to grow, they bought five acres of property on Venoy Rd. and changed their name to Westland Free Methodist Church (WFMC).
Even after changing the name, the church continued to thrive and grow.
Now the WFMC has become an essential church in the community for building relationships and serving the people.
WFMC volunteers time and is involved with the community in so many different ways. They have adopted Schweitzer Elementary School, and provide popsicles for the kids on hot days, stock the teacher’s lounge, and volunteers help the kids learn to read. They have adopted a community garden, volunteer at a community-wide clean-up day, along with a food pantry, and Halloween events. They also have partnered with organizations such as the Jefferson Barns Community Vitality Center, where they developed a dinner church to serve the Norwayne community.
“We just tried listening to what the community needs. It’s easy for the church to say ‘here’s what we can do for you,’ but instead we asked ‘what does the community need?” said Associate Pastor Rose.

It’s important for a church to focus on the needs of the community, but they also must focus on what they need to do for the church to survive.
“This church has always been willing to do whatever it takes to move forward with the mission. Adapting; they’ve done that every step of the way,” said Pastor Nofzinger. “Their faithfulness over the years and willingness of the mission they’ve been giving, has led them to not only survive but thrive,”
Nofzinger said the church has a real focus on the teenagers and children of the church and providing a safe environment for kids to grow in their faith.
Aside from focusing on their future generation, they also focus on the future of technology. WFMC adopted livestreaming their service even before the pandemic happened.
Even with the 150th anniversary party, people’s needs were still at the focus.
“We wanted to make it [the party] really simple. The whole celebration is low-volunteer and that’s because we want people to spend time in conversation. After the pandemic we want people to sit down and talk about relationships,” said Associate Pastor Rose.
On Sunday, September 26th, Bishop Linda Adams, Free Methodist Church USA, gave the message. Three formal WFMC pastors came to the service: Earl Habecker (who served from 1987-1995), Mark Cryderman (served from 1995-2005), and Randy Bennett (served from 2005-2011). Along with special guests: Conference Superintendent Bruce Rhodes, State Representative Kevin Coleman, Wayne-Westland School Superintendent John Dignan, and Wayne Mayor John Rhasea also representing Westland Mayor Bill Wild.
“This is home to me. I came here on Super Bowl Sunday 1996, so it’s been quite a while. Such good memories here,” said Mayor John Rhasea during the 150th celebration service.
Mayor Rhasea, Superintendent Dignan, and Representative Coleman presented certificates and awards to the church for their commitment, dedication, and service for the past 150 years. There was a luncheon that followed the service. Along with activities for kids like a bounce house, inflatables and glitter tattoos.
Westland Free Methodist Church is located on South Venoy Rd. between Palmer and Cherry Hill. Their service is Sunday at 10:30 a.m.
For more information about WFMC, visit westlandfmc.com or call (734)728-2600. If you attended the 150th celebration and would like to share your personal pictures or a memory, you can visit westland-fmc.com/celebrate. 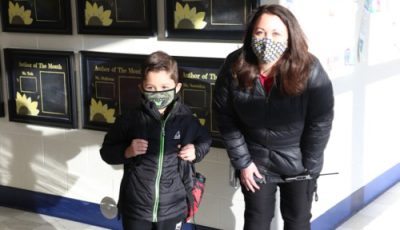 Students return to school after almost a year