By : John Rhaesa
Comment: Off
Tag: Be the Light, City of Wayne, City of Westland, Wayne Memorial High School 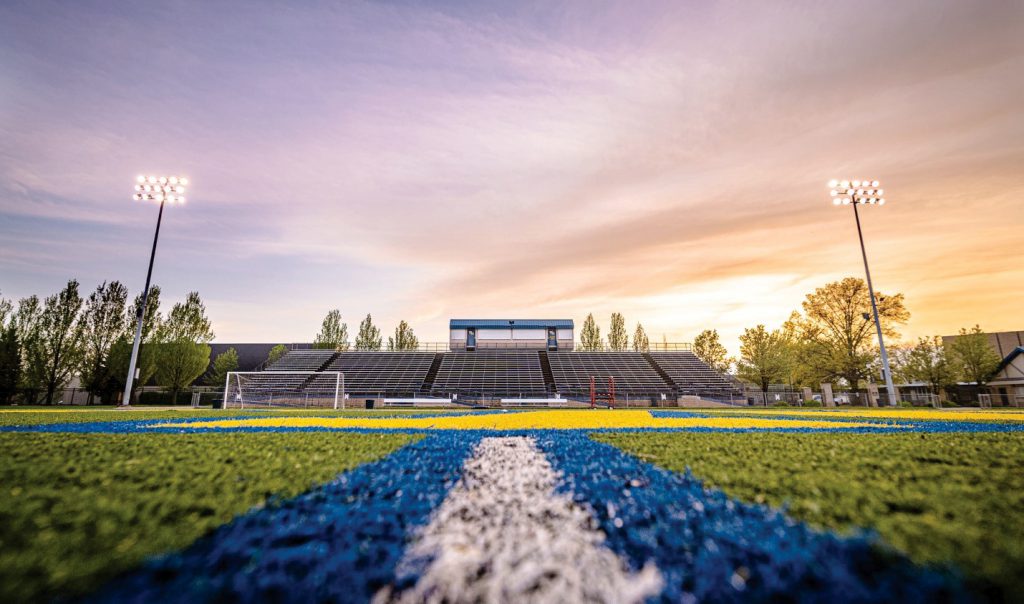 By Carolyn Marnon – The “Be the Light” project was initiated by the Wayne Memorial High School Athletic Department to honor the Class of 2020 athletes and the rest of the senior class. According to Athletic Director Jason Malloy, the department wanted to do something that brought light to the seniors who were devastated by the COVID-19 pandemic and its effect on their senior year. Other school districts across the state were doing similar projects. Athletic Director Malloy went out to the football stadium for three consecutive Thursdays at 20:20 (8:20 p.m.). “I let the lights shine for 20 minutes for the Class of 2020.”
As he was at the stadium, he filmed short videos to share on social media with the seniors. “We have light on in the stadium to represent you guys being the light,” Malloy said on the first Thursday. The following week he shared, “When I look at our track, I think about endurance and how when you run you have to finish the race, and so as we are faced with this pandemic, I encourage you all to finish the race.” The final night’s message: “Be the light for someone else.”