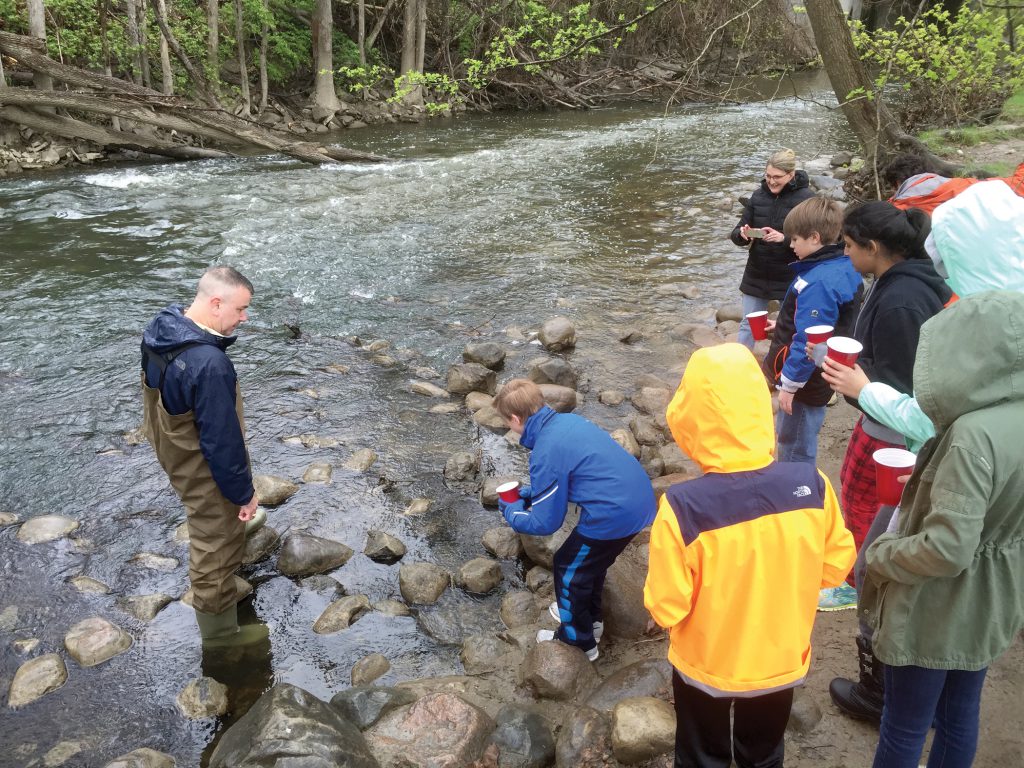 By Kurt Kuban – I began organizing Rouge Rescue in Wayne back in 2001. In the months leading up to that first river clean up, I was walking along the Rouge trying to figure out where to start. Everywhere you looked there was trash — shopping carts, tires and just about anything else you can imagine — littering the riverbed in the various parks near downtown. Nasty logjams chocked the river’s natural flow. It wasn’t exactly a beautiful river landscape.
As I walked that day I came upon a man who looked to be in his 50s sitting next to the river, smoking a cigarette. We struck up a conversation. He told me he grew up in Wayne, and resided here his whole life. It struck me that he might just be a perfect candidate to volunteer with our fledgling effort, so I explained to him what I was hoping to do and invited him to help out on Rouge Rescue.
He looked me straight in the eye, chuckled under his breath, and uttered a response I will never forget. “Don’t waste your time. This river is dead,” he said to me.
I wasn’t quite sure how to respond, but I know I felt a little rage burning in my gut. “How could he think that?” I thought to myself.
“Yeah, well, we’ll see about that,” I quipped, walking away while shaking my head.
I wanted to prove that guy wrong in the worst kind of way. His words became my battle cry.
Thank goodness our community did not take that same approach of hopelessness and despair when it comes to our most important natural resource. The City of Wayne, along with other communities in the Rouge River watershed, have spent millions of dollars in the last quarter century trying to repair the river from all the damage inflicted upon it by the generations that came before, with their lousy planning and construction practices.
At the same time, we have had thousands of volunteers come out for Rouge Rescue and other river clean-up days. From local school children to senior citizens, people have come out in droves to help revive the Rouge. Relying on brute strength and determination we have pulled a virtual mountain of trash from the river, filling dump truck after dump truck. At the same time, we have restored areas along the river, planting important native vegetation and removing the invasive ones.
We have opened logjams for canoeing and kayaking. In fact the city added a kayak launch in Goudy Park, and Wayne County Parks is planning two more further downstream in Venoy-Dorsey Park. 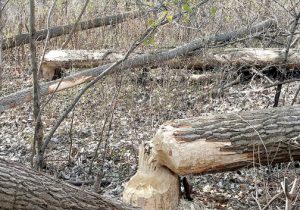 Busy beavers have been chewing down trees in the woods.

We are now officially part of a nationally-recognized urban water trail (https://therouge.org/rouge-river-water-trail).
It’s no longer uncommon to see people fishing, either. Yes, fishing. And that’s because the fish are returning. I personally participated in a fish survey near Wayne Road after the dam was removed that netted nearly 20 different species of fish — everything from pike and bass to numerous minnow species, which provide important food for the gamefish we love so much.
The wildlife has also returned. Just ask one of our longtime volunteers, David Timmerman, who knows the river as much as anyone. He takes weekly paddles or walks. He has documented many different animals, from birds like owls, hawks and egrets, to mink, deer, foxes, coyotes, and muskrat. Two of the most recent to move into Wayne are wild turkeys and a couple colonies of beavers. Yes, beavers are living in Wayne. I find that pretty exciting.
The bottom line is we are again, using the Rouge River for recreation, just like people had in Wayne for more than a century before we started destroying it in the post-WWII years.
Make no mistake, we still have a ways to go. There is still plenty of work to be done. One of the biggest remaining obstacles, in my opinion, is overcoming the negative stereotypes that persist among some of our fellow residents, who think the Rouge River is a lost cause. They couldn’t be more wrong — just like that guy I encountered on the riverbank years ago.

ROUGE RESCUE
Matt Mulholland and I will again be organizing Rouge Rescue this year, working alongside personnel from the City of Wayne and our many volunteers. The event will take place on Saturday, May 12, at Goudy Park. Sign up begins at 9 a.m. We will be working on a number of projects to improve our parks and access to the river. We will remove trash from the river and open some logjams, plus improve trails.
All volunteers will get a Rouge Rescue T-shirt and refreshments. But the best part is the satisfaction knowing you get to be part of the Rouge River’s revival. If you are one of the many volunteers who has helped us out over the years – thank you! We hope to see you again. If you’ve never been out, we would love to have you. Come be part of the solution.
For more information, call me at (734) 716-0783 or Matt Mulholland at 734) 395-8646, or visit us online at therouge.org/rouge-rescue.