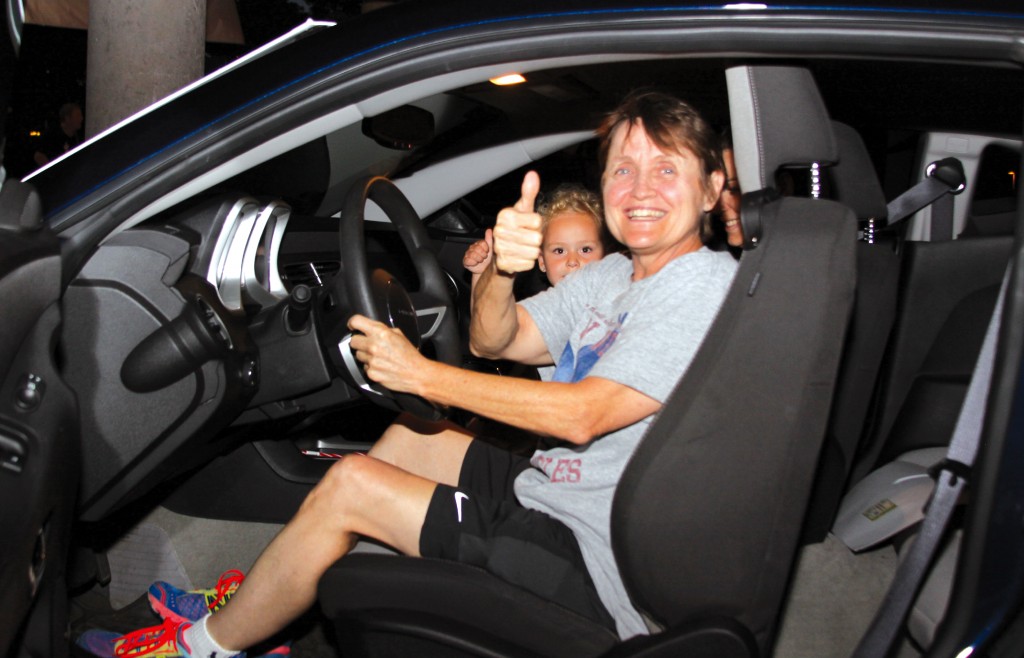 By Carolyn Marnon – Carol Bevard thought her neighbor was playing a joke on her when she received a call at 9pm on July 29th.  A voice she didn’t recognize was telling her she won the 2010 Camaro RS the Wayne Goodfellows had been selling raffle tickets for.  The phone number showing up on her display was that of her neighbor.  It wasn’t until she was asked if she didn’t want the car that she thought maybe it wasn’t a joke.  She did want the car. The whole time this conversation was going on, the Goudy Park amphitheater was full of people who had attended the first summer concert listening in as the phone was put on speaker and held to the stage microphone for all to hear.
Within minutes of her win, she was at the park posing for photos with her new car.  The next day, Carol received the keys to the car from Jennifer Gietzen, President of the Goodfellows, at Henry’s Service Center.  The dark blue Camaro is the first sportscar Carol has ever owned.  She has always driven a car or truck. “I have a car I can put in the show now,” stated Carol, referring to the car show held during Crosspointe Church’s Family Fest being held August 22. Carol also plans to take her new car to the Woodward Dream Cruise.  She has cruised in someone else’s car before.  This time, she has her own car to show off and “now I can do it myself.”
When the car was displayed at the Wayne Rec Center in late April/early May, Carol bought two tickets, one for herself and one for her mom.  She thought the money was going to a good cause, but she never thought she would actually win.  Her mom is now teasing her that the winning ticket was actually mom’s ticket.
Carol has been a resident of Wayne since 1978.  She retired from the Navy in 2005 after serving a number of years in the Navy Reserve and from the U.S. Post Office in 2012.  She thinks it’s important to give back to her community, and since her retirement, she looks for ways to do that. She volunteers with the literacy program at Hoover Elementary, during the Family Fest at Crosspointe Church, and she leads a ladies Bible study.  She gives thanks to God for winning the car.
Approximately 1300 raffle tickets were sold by the Goodfellows for the Camaro. They fell short of their goal of 1500, but they have learned from this years event. They plan to do another raffle next year with the winner drawn at the end of August to take advantage of the summer concerts and cruise events to sell more tickets. They are also hoping to partner with a local dealership for next year’s raffle vehicle.  Tickets were sold to people as far away as Florida and Arizona.  Proceeds raised help the Goodfellows provide “No Child Without a Christmas” festivities.  The Goodfellows would like to thank Henry’s Service Center and ICON Computers for allowing them to park the car at the business during the US12 Cruise and sell tickets, The Lawn Ranger in Wayne and AKA Sports for also selling tickets.
Jennifer was nervous when it came time to pull the winning ticket from the barrel.  She says she felt around the barrel and made sure no tickets were stuck to the insides.  She didn’t want to take from the top or the bottom, so she stuck her hand into the middle.  She felt around and played with the ticket several times to make sure she didn’t have more than one stuck together.  In the end, only one ticket came out of the barrel and it belonged to Carol Bevard, Wayne resident. 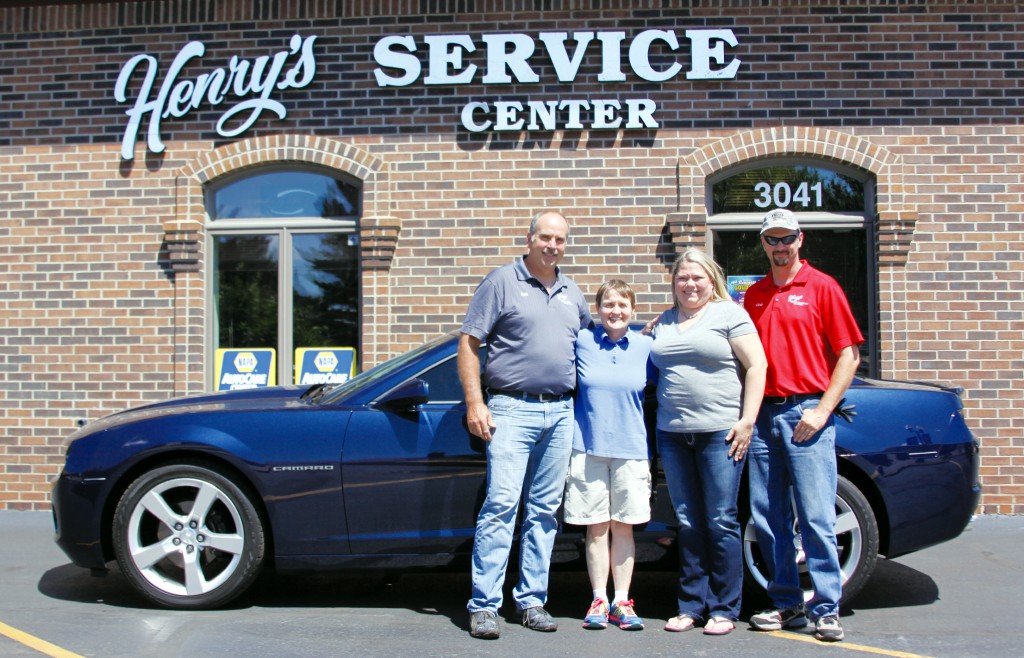 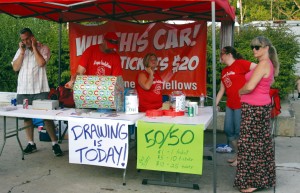