Climbing the ladder to success

By Sarah Shurge – They were ordered to fall into formation. They marched around the building and are now standing at ease. It’s a mildly hot day. However, the undershirt, collared shirt, tie and jacket of their uniforms make for no room for air flow.
He stands with his legs shoulder length apart and his hands locked at the small of his back. He is focused, if not on the person talking at the moment, then on something 20 feet off in the distance. He stays as disciplined as possible.
They present arms while the national anthem is played and the flag is raised. This may be the Veterans Day ceremony at Wayne Memorial High School, but he takes it just as seriously as every other JROTC event. 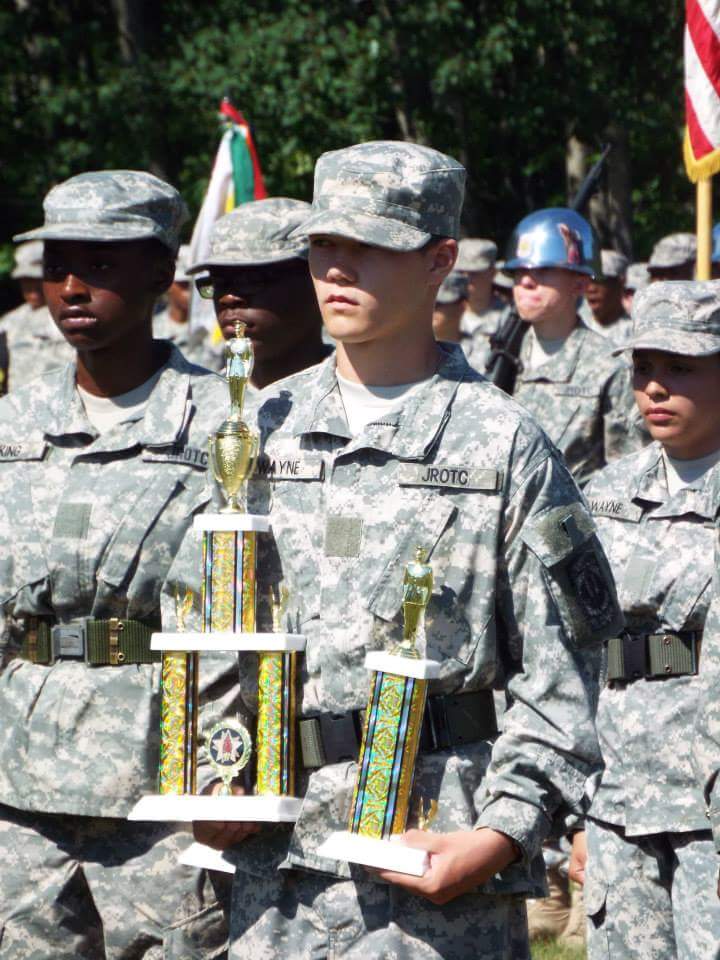 , will be going into his senior year at WMHS and his fourth year in JROTC. He holds the position of Alpha Company Commander at the Wayne Memorial Battalion and his rank is C/1 Lieutenant. He just recently was awarded two JROTC awards from JCLC (JROTC Cadet Leadership Challenge): Top Male for Echo Company and also Top Male Cadet in the State.
When Willet first joined JROTC his freshman year, he was Let 1, Cadet Basic for about two months but then quickly began climbing the ladder as he began to be promoted. First to Cadet Private, then after a few more months, to Private First Class. Then after another few months, Willet had to go to the Promotion Board, which promoted him to Corporal. Near the end of his first year, he had to go to the board again and was promoted to Sergeant.
Upon entering his second year as a Let 2, after a couple months, Willet had to go to the Staff Sergeant Board and was promoted to Staff Sergeant. After about five months, he was promoted to Sergeant First Class.
About five months into his junior year, as a Let 3, Willet was commissioned as an officer of Wayne Memorial JROTC Battalion to the rank of Second Lieutenant. After about another two months, he was promoted to First Lieutenant, where he stands now.
Willet states you can always tell the difference between a normal student and a JROTC student. A main focus of JROTC is leadership and discipline. In order to climb the ranks ladder you must excel in your class. “When I first joined, I strived to be as good as I am today. I wanted to be high up. I’m a leader, I can’t help it,” said Willet.
JROTC is not only physically demanding, it is also mentally demanding and time devotional. Every Friday, JROTC has PT (physical training) and twice a year they get testing through Cadet Challenge and APFT (Army Physical Fitness Test).
Some of the students also go to Alpena Combat Readiness Training Center Camp for eight days over the summer. There the students practice rappelling, rifle marksmanship, drill, water safety, math and science, river rafting and land navigation.
At camp, Willet’s team won the Land Navigation Certificate of Achievement Fastest Team. Willet has also won a Commendation Medal, Junior JROTC Leadership Award and an award from Reserve Officers Association of the United States.
John Willet, son of James and Dorothy Willet, younger brother to Lorissa Willet, however, has much more to offer than just his impressive JROTC accomplishments.
Willet has been bowling since he was six years old and is on WMHS Varsity bowling for going on four years. His high school bowling average was 180, but in the league he bowls for now, its 212. His high score is 299. This year, WM’s team won the Division 1 State Championship. Willet also won Third place in doubles with teammate Brandon June, along with an award of recognition.
However, Willet’s true passion lies with his soccer talent. He has been playing since he was three years old. He’s played for WMHS for three years. Willet is an all-around player, although striker is his favorite position.
“I grew up playing it. It’s been my everything since I could remember. My dad’s coached me for forever. I’m following my cousin’s footsteps,” said Willet. “Soccer’s more like a getaway place from everything. When I’m on the field it’s just me, my team and the objective. Everything else just goes away.”
Willet has won many tournaments and trophies since he was little, and while he has been on WMHS’ team, they won their 1st conference game in many years.
Not only does Willet excel in JROTC and sports, he is also an honors student with a 3.2 cumulative GPA. He’s currently taking game design at Votech and after high school he plans to either attend Lawrence Tech for game design or join the military.
“I’m just so proud of him,” said Dorothy. 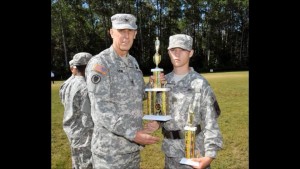