By : John Rhaesa
Comment: Off
Tag: May 31st., Memorial Day Ceremony at the new Veterans Memorial located next to City Hall at 3355 South Wayne Road on Monday 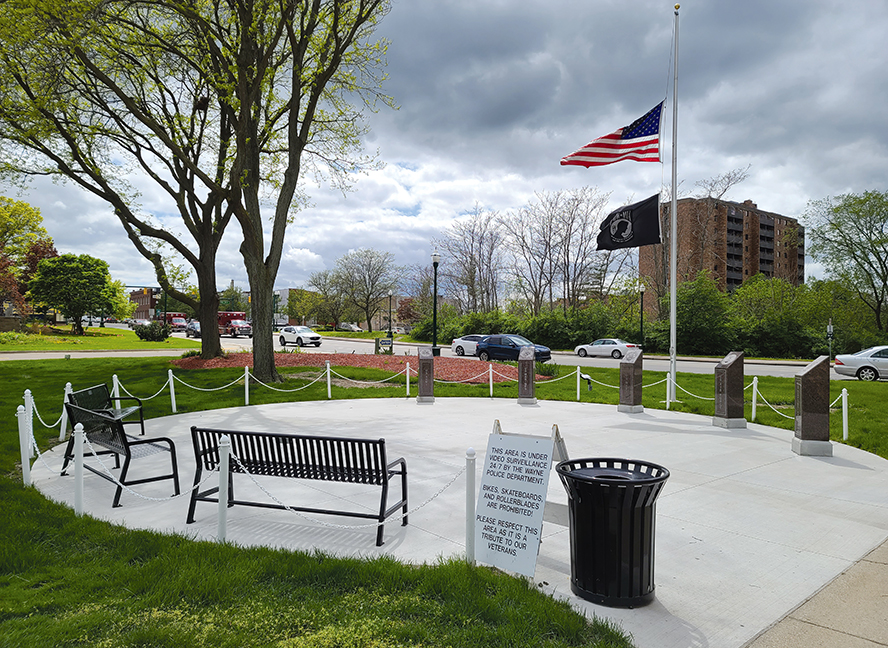 The community is invited to honor those who have given their lives in service to our country as the city of Wayne and the Wayne Veterans Memorial Committee hold its first annual Memorial Day Ceremony at the new Veterans Memorial located next to City Hall at 3355 South Wayne Road on Monday, May 31st.
The ceremony will begin at 10:00 a.m. with the hour long event featuring:

The featured speaker, Jim Hart, joined the Army in March of 1995 and arrived to Basic Training in August later the same year. Jim attended Basic Training at Ft Jackson, SC and then went on to his Advanced Training in Microwave Telecommunications and Tech Control Operations at Ft Gordon, GA. Jim’s duty stations have been at Ft Detrick MD, where he was part of the ongoing real world mission of supporting the Military District of Washington, the Joint Chiefs of Staff, the Pentagon, and the Department of Defense. Second was at Camp Red Cloud, South Korea where he worked the Tech Control facility in the CRC Bunker and managed all communications from US operations from the DMZ south to Seoul. Last, Jim was assigned to Ft Bragg, NC where he served with the 51st Signal Battalion Airborne.
After Active Duty, Jim served with the Michigan Army National Guard in Ypsilanti MI and then the US Army Reserves in Ann Arbor, MI. In total, Jim served a combined 15 years of service in the US Army and achieved the Rank of Staff Sergeant. Jim’s Awards and Citations include 2 Army Achievement medals and the State of Michigan Legion of Merit.
“The city of Wayne is honored and privileged to recognize the men and women who have served in our armed forces and those who continue to serve,” said Mayor John Rhaesa. “This Memorial Day, the City will gather with our fellow citizens to pause and reflect on those who have made the ultimate sacrifice to protect our freedoms. We invite all to come and join us for this special tribute at the Wayne Veterans Memorial.”
Social distancing protocols will be in place and therefore, attendees are asked to wear a facial covering. Those who attend are encouraged to arrive early and bring a folding chair. Parking is available in the City Hall parking lot and in adjacent public parking lots near the Veterans Memorial.

*Some aspects of the event could be altered due to the COVID-19 pandemic.*

Changes within the Chamber