By : John Rhaesa
Comment: Off
Tag: Bob and Irene Phillips celebrate their 70th anniversary, The Wayne Dairy as it appeared in 1963., Wayne Michigan 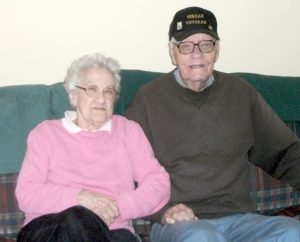 Bob and Irene Phillips celebrate their 70th anniversary this month.

By Carolyn Marnon – Robert (Bob) Phillips met his lovely bride, Irene, over 70 years ago when he attended a sock-hop at the Wayne Recreation Center where City Hall currently stands. Irene had traveled all the way from Plymouth to attend the dance in perhaps 1948 or 1949. No one in the family knows why Irene traveled so far, at least in those times, to attend the dance. Perhaps it had something to do with her seven (that’s the approximate number given) sisters and competition among them?
On April 8, Bob and Irene will celebrate their 70th anniversary. He’s now 92 and she is 90.
Bob grew up on Williams St in Wayne and graduated from the old Wayne Memorial High School when it was on Michigan Avenue. He worked various jobs in Wayne. He was an usher at the old Wayne 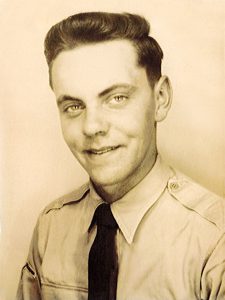 Bob Phillips served in the Army during the Korean War.

Theatre, now torn down. His son, Matt, thinks Bob might even have an old brick from the theatre after it was torn down. He also delivered milk for The Wayne Dairy which was owned and operated by his father. Bob’s father happens to be featured on the mural painted on the side of the State Wayne Theatre.
The Wayne Dairy stood where the strip mall that holds Goody’s Pet Supplies and O’Reilly Auto Parts currently resides. It served lunch and sweet confections like malts and sundaes at the old-fashioned soda bar. Bob and his three sisters all worked there. They even made their own ice cream for the Dairy. The Wayne Dairy was lost as part of urban renewal. Bob’s parents then packed up and headed down south to Fort Lauderdale.
Bob and Irene had two sons, Matthew and Doug and eventually were able to add two daughters- in-love, Diane and Nancy, when their sons married. The couple also count two grandsons and five great-grandchildren on the family tally, with another great-grandchild on the way. 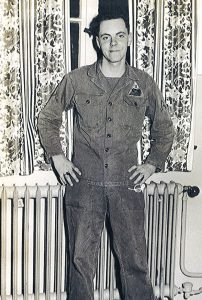 Bob Phillips in 1950 when he was in the Army during Korean War times.

Bob served in the Army during the Korean War. Matt says his dad always joked about how before he went to war, Irene would have to wait 23 months before she could see him again.
Although Bob has lived in various houses, those houses have always been in Wayne. He was a mechanic, service manager, salesman and eventually partial owner of the former BF Goodrich in Wayne. He and Irene raised Matt and Doug in Wayne. Matt remembers their dad taking them to Lions, Tigers and Red Wings games. The kids were always involved in sports.
Bob and Irene enjoy going out to lunch and dinner. My Place in Wayne is one of their favorite places to dine. They used to love going to the Elks Club for dinner and dancing. They’ve travelled a lot, including to the Bahamas, Hawaii, Las Vegas and Florida.
Although his memory is now affected by Alzheimer’s and dementia, Bob is still able to get around. He and Irene will most likely go out to dinner with the family to celebrate their 70th anniversary. Congratulations on reaching this magnificent milestone! 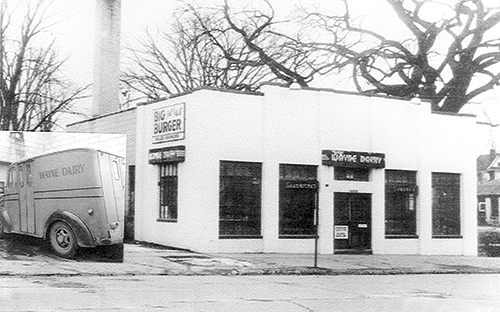