By : John Rhaesa
Comment: Off
Tag: City of Wayne, Sandra and Patrick Haner 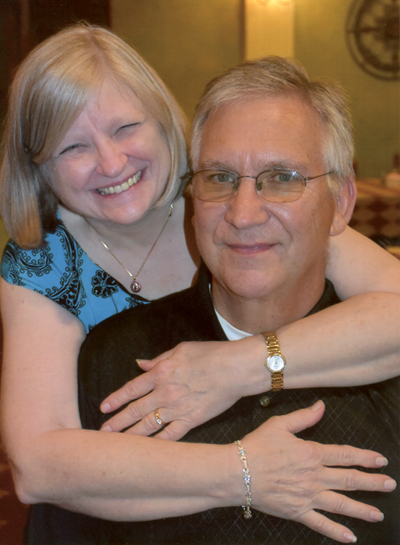 By Carolyn Marnon – Patrick Haner and Sandra Clary were just 17 years old when they married at the end of their junior year of high school, June 22, 1970. The couple first met when they were in 7th grade at Adams Junior High School. Sandra had a crush on Patrick. When they approached 9th grade, Patrick went on to John Glenn High School while Sandra went to Wayne Memorial. A mutual friend of theirs arranged a meeting between them during their junior year and according to Sandra, “It was love at first sight!”
Patrick’s draft number was low, so the couple were encouraged to get married early. They had been planning to wait until after graduation. The parents said they would pay for the wedding if they did it in June. They went to Detroit with their mothers to get the marriage license. The clerk told them they couldn’t get married, “unless you have to get married.” One of the mother’s replied, “Well of course they have to get married. We have guests coming from out of state!” Sandra chuckles at the memory. They didn’t get the license that day. Even with parental consent, the groom had to be 18.
After a call to the Detroit Free Press inquiring about the closest place a person younger than 18 could get married with parental consent, they were told Pennsylvania. They went to Pennsylvania, got their blood tests and a license and then were officially wed on June 22, 1970 in Pennsylvania by a Justice of the Peace. They had the originally planned wedding the following Saturday, June 27, where the pastor “confirmed” their wedding at First United Methodist Church in Wayne. Sandra made her bridal gown and bridesmaids dresses in home economics class.
After getting married, they moved into a tiny apartment in Wayne and finished high school. They each graduated with honors on the same day. Four years later, they had their first child, daughter Michelle (Patrick) Nedglek and then Jackie (Steve) Kosier. They have four grandchildren: Christopher, Mara, Kinsley and Wyatt. Michelle and Jackie both graduated from Wayne Memorial and went on to earn their Master Degrees in Education. “We have so much to be proud of and feel truly blessed,” Sandra shared.
In the last 50 years, the couple had never been apart for more than two weeks until recently. Sandra’s mother needed 24 hour care at her apartment in Wayne for four months which luckily ended right before Patrick and Sandra’s golden wedding anniversary.
Patrick and Sandra celebrated their 50th anniversary with cake and ice cream in the company of their daughters and grandchildren. They cherish the landmark anniversary. Sandra’s parents, Lloyd and Elsie Clary, made it just 7 months short of their 50th while Patrick’s parents, Floyd and Ethel Haner, made it 11 months short of their 50th. Sandra feels “to get married at 17, and be able to celebrate 50 years, is quite an accomplishment.”
They were planning a once-in-a-lifetime cruise to Alaska because they didn’t really have a honeymoon back when they were 17. Because of the COVID-19 pandemic, plans changed. They purchased a pair of TerraTrikes, which are 3-wheel bikes (2 wheels in front, 1 in back) that allow you to sit back in a reclining position. They’ve been out riding every morning for the last three weeks.
A new golden chapter to their lives has begun.