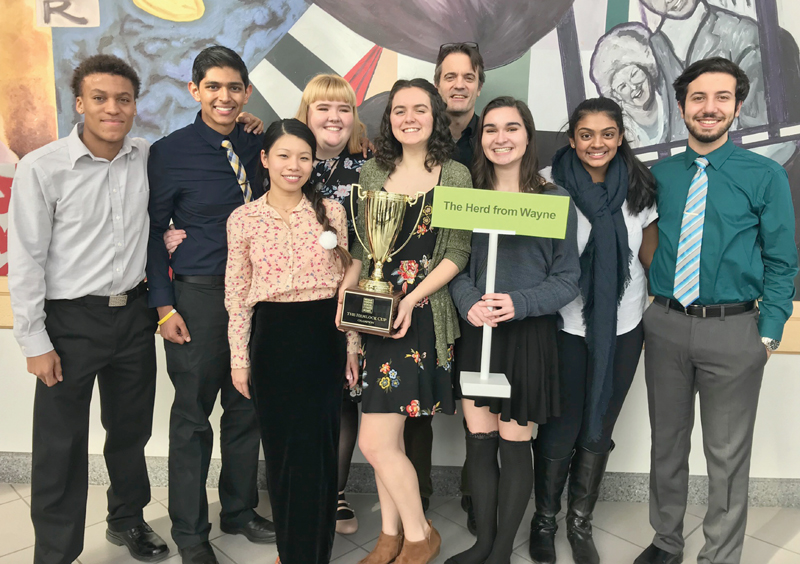 By Carolyn Marnon – State champions for the second year in a row, the Wayne Memorial Ethics Bowl team is heading off to the April 20 National Championship in North Carolina where they will face off against approximately 24 teams in their quest to become National Champions.
The Ethics Bowl team is only in its third year at WMHS and is showing what dedication and teamwork can do when you work together. Only 7 members strong, the team is led by Faculty Coach David Kangas, an English teacher who just happened to fall into his position. He was looking for a way to teach his students ethics in regards to climate change when he came across the website for Michigan high school ethics in Ann Arbor. He says a philosopher from the University of Michigan was sent to visit him and guide him in setting up the team. He learned how to coach on philosophical and ethical theories. Students on the team are getting a world-class education.
How does an Ethics Bowl work? The teams are given about 15 cases at the beginning of the season (October) to prepare for. There are two teams who face off against each other on an ethical dilemma. The team will present an interpretation of the dilemma and use theories that support the best course of action to take. The team that is listening to the speakers ask questions to delve deeper into the subject. This is not like debate; it is a dialog between two teams. Points are scored based on how well members are organizing their thoughts, their responses and how well they ask questions of the other team. There are three judges made up of philosophy professors, teachers and students. Judges also give points for how open-ended questions are answered by the students on the team. Students learn to think on their feet, says Kangas. The kids become passionate about the subjects and learn to articulate their positions and thoughts. 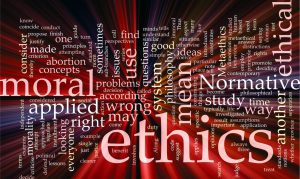 One of the final cases the Wayne students had at the Michigan High School Ethics Bowl on their way to becoming champions involved a hospital and a hurricane. What would you do if you ran a hospital on an island and a hurricane was headed your way? You need to move people. There are people who need urgent care. You only have so many boats and so much room on them. Who do you put on the boats? How many hospital professionals do you let on the boat? Students had to do cost/benefit analysis and wrestle with what is considered right and wrong. Soon after winning the state championship, the team received a new set of 15 cases to start preparing for the national championship. There are only 25-26 states in the US who do Ethics Bowl competitions.
The Ethics Bowl team is open to everyone. They meet October-February and “practice” once a week. Students are expected to also do individual research at home on the cases.

Walk for your health