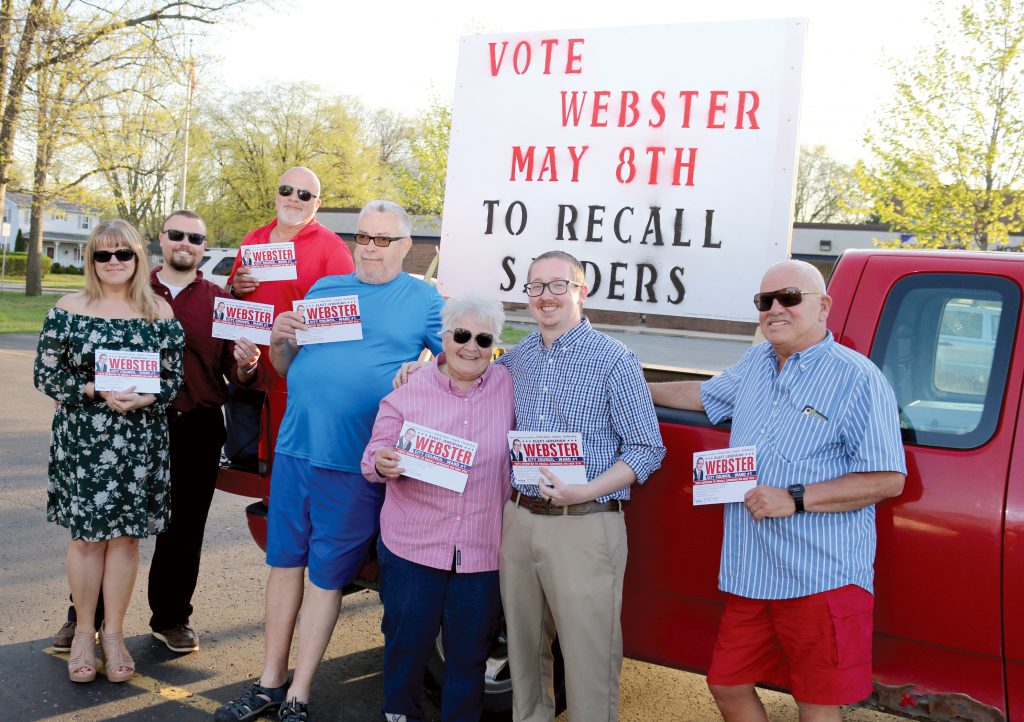 By Carolyn Marnon – The election to recall City Councilman Christopher Sanders has finally occurred despite obstacles to get the recall on the ballot. After a dispicable and slanderous campaign by Councilman Sanders. Councilman Jeremiah Webster defeated him by approximately a 3-1 margin. Webster’s seat expires in November. He will now fill the remainder of Sander’s seat that expires in 2020.
As the numbers came in to City Clerk Matt Miller at City Hall, the unofficial results at 8:51 p.m. were released. Jeremiah Webster had received 870 votes over Christopher Sanders with 335 votes totaling 1,205 votes. Unofficial results at 9:32 p.m. had Webster at 928 and Sanders at 359. “I’m just relieved,” said Jeremiah after the preliminary results were handed out.
A few concerned voters came to City Hall to learn the results. Bernadette Brock said she came because “I wanted to hear it myself.” Councilman Webster came early because “I’m running in this election. I’m anxious to know the result.” Watching the poll workers bring the ballots back to City Hall and check in everything was like watching luggage rolling through airport security. Councilman Sanders was not seen at City Hall from 8:00-9:00 p.m. It is unknown if he showed up later.
Some of the supporters of the recall of Councilman Sanders gathered at the home of Bob Boertje. Bob took out the recall petition from the Wayne County Clerk to initiate the recall process last fall. He and a small group of citizens gathered the required number of votes that were later certified as valid. Councilman Sanders filed a protest with the Wayne County Clerk saying the wrong form was used because it didn’t include a box for the petition circulator to mark indicating whether they were from out of state. The case went to court where the judge determined that the petitioner should not be harmed just because the county clerk handed out the wrong form. The County Clerk was ordered to issue a recall election.
“I’m not surprised by the results. The people of this community wanted him gone, and they spoke,” said Bob regarding Councilman Sanders. One of the petition helpers, Vern Amos, said the recall election “is a historical thing.”
After toasting Jeremiah, Jeremiah told the group “I couldn’t do this without you” and thanked Bob.
Bob’s attorney, Wayne resident Scott Ruark commented, “This election is my proudest moment as a citizen of Wayne because it highlighted how hard the residents are willing to fight for its integrity. The allegation alleged by Mr. Sanders that signatures were fraudulent is completely baseless. It was nothing more than a last- ditch effort to prevent the will of the people. What Bob Boertje did for our city is incredible.”
Councilman Sanders posted the following message on his Facebook page: “Today, my home town, the City of Wayne held a special election for recall. The recall was aimed at me… I came up very short, losing to my opponent 870-355.” (Note: Election Summary Report states 335)…the VOTERS obviously envision a different type of leadership for their council. I can respect the will of the people. Congratulations to my opponent, Jeremiah Webster, may you represent the people of Ward #1, and indeed the entire community with distinction.” 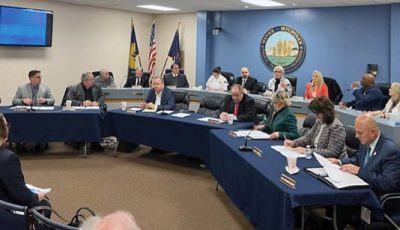