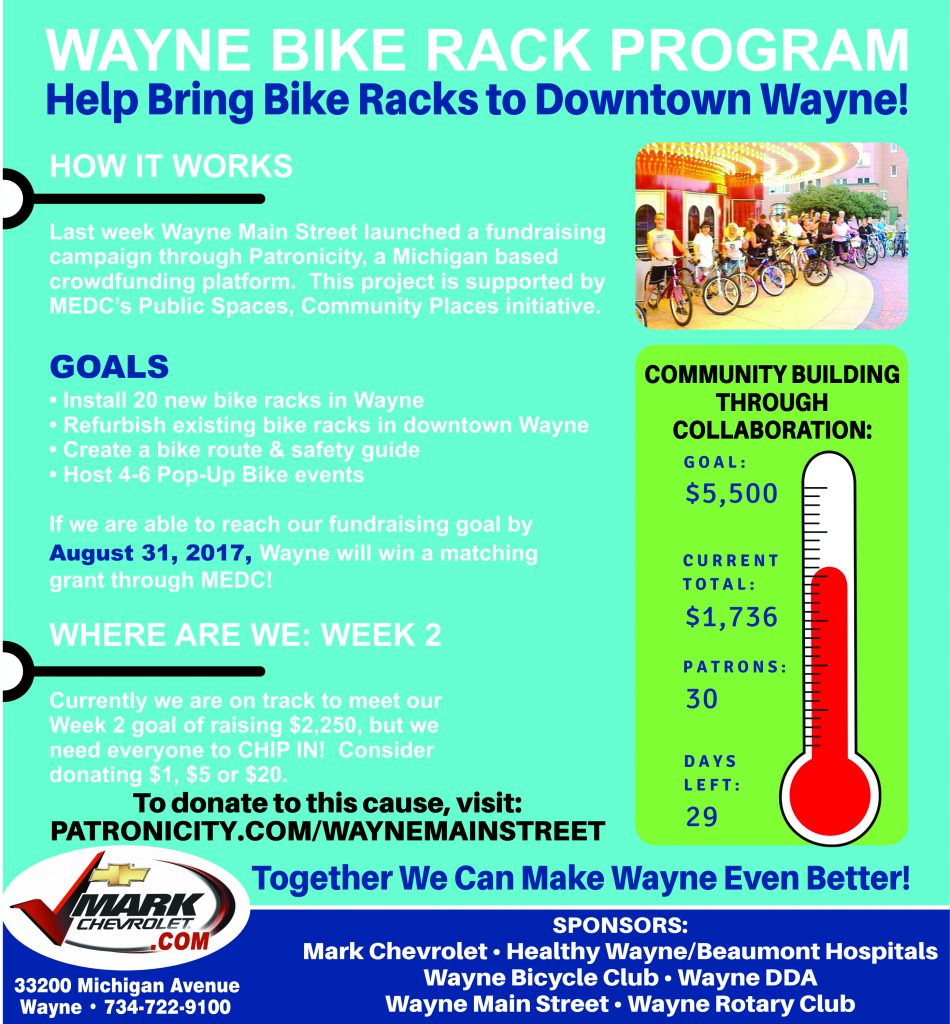 Wayne Main Street recently announced a new crowdfunding campaign through Michigan-based crowdfunding platform Patronicity. The campaign will support the project to install new bike racks throughout downtown Wayne and run Pop-Up Bike Repair & Safety workshops in partnership with the Wayne Bicycle Club.
If the campaign reaches its crowdfunding goal of $5,500 by August 31, the project will win a matching grant with funds made possible by Michigan Economic Development Corporation’s (MEDC) Public Spaces Community Places program. For project details and to donate, please visit: www.Patronicity.com/WayneMainStreet.
The Downtown Bike Rack Program will promote cycling in Wayne and help the downtown continue to prosper. The project plans to install 20 brand new, custom bike racks in downtown Wayne, refurbish existing bike racks in downtown Wayne, hold Pop-Up Bike Repair & Safety events launching in the fall and promote biking throughout the community.
This project also aims to promote Wayne as a bikeable community. Theodora Brooks, Board Member for Wayne Main Street comments, “Wayne has an avid biking community, and we want to do whatever we can to promote Wayne as a bike-friendly city, including providing options for secure bike parking throughout our downtown.” In addition to this project, Wayne’s Bicycle Club is also gaining in prominence. The club is currently in the running to receive the Michigan Municipal League (MML) Community Excellence Award.
Please visit: www.Patronicity.com-/WayneMainStreet for more information and/or to make an online donation. If you prefer, you can donate my mail. Include “Bike Wayne” in the memo.
Wayne Main Street
P.O. Box 327 · Wayne, MI 48184