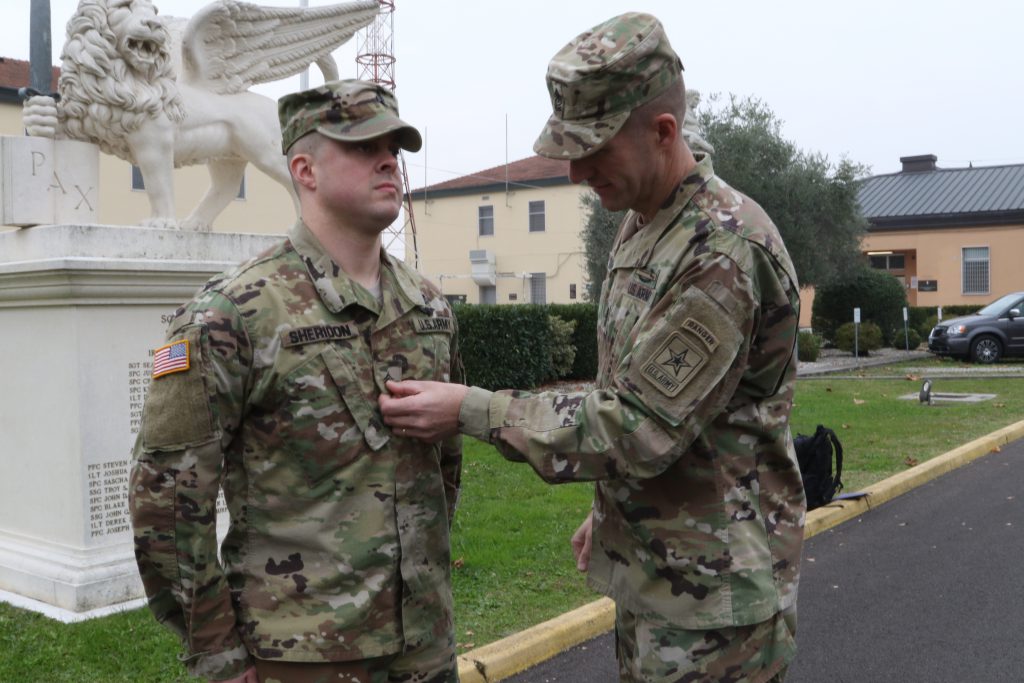 U.S. Army’s most senior enlisted leader, Sgt. Maj. of the Army Daniel Dailey, promotes a junior enlisted Soldier, Spec. James Sheridan, one of U.S. Army Africa’s command drivers, to the rank of Sergeant, Nov. 17, 2016, in front of the USARAF headquarters on Caserma Ederle in Vicenza, Italy. The promotion to sergeant marks a pivotal role change in a Solider’s career from one who is given tasks to one who gives tasks. On this day, Sheridon also celebrates his tenth year of military service, which includes 3-years as active duty and a combined 7-years with Michigan’s Army and Air National Guard. (U.S. Army Africa photo by: Staff Sgt. Lance Pounds)