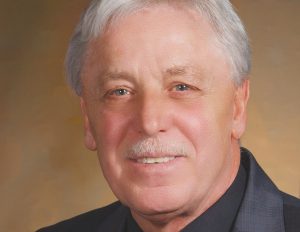 Bill Johnson recently announced his campaign to fill the 16th State House seat that is being vacated by Rep. Robert Kosowski due to term limits.

Westland city councilman Bill Johnson recently announced his campaign to fill the 16th State House seat that is being vacated by Rep. Robert Kosowski due to term limits.
Mr. Johnson spoke of the double desks in the House of Representatives chambers. He said the democrats sit on one side of the room and the republicans sit on the other side. His goal is to get the double desks to be shared by a democrat and a republican. “That will force them to talk to each other,” he said.
What does he know of Wayne’s financial troubles? “I know they’re in dire straits. Things are real tough over in Wayne now,” said Mr. Johnson. The 16th District covers all of Wayne and part of Westland. He figures Wayne has probably lost about $700,000-800,000 per year in revenue sharing. Revenue sharing is one of the issues he wants to address as a Representative.
Another issue of importance is public safety. He stated that the police and fire departments in Wayne are down to the bare minimum. Either more money needs to be generated from revenue sharing or more budget cuts would need to be made to better fund the departments.
He would like to find ways to help small businesses. His cousin owns Dillon’s Jewelers in Westland. He would like to gather about 15 small business owners together and listen to them talk about the issues they face. He thinks the big box stores harmed the small local stores, like Northside. “Now the internet is killing the big box stores,” he said. Michigan is not taxing items sold on Amazon currently, although there is a bill being discussed in the House.
Veterans are important to Mr. Johnson. He says many veterans get out of the service and aren’t aware of all the benefits they are entitled to. He feels there should be some type of training or class offered to these veterans to go over all those benefits. He went to an event that had about 150 veterans, and he said about half of them had no clue to the benefits they are entitled to. He said there is so much red tape that if they do know of the benefits, they get frustrated and give up. “We don’t take care of our veterans, and that’s a shame,” he said.
There isn’t much for seniors to do and “they paved the way for everyone,” said Mr. Johnson. He and his wife like to go out to dinner on Friday or Saturday night. When they do, they always find a few seniors who are also dining and pay for their dinners with the waitress.
Rep. Kosowski told Mr. Johnson that there is approximately 31 billion dollars in the fund that about $200 of your auto insurance goes into for catastrophic injury claims. He says the insurance companies manage the fund, and there is no transparency. He thinks if the 31 billion dollars was invested properly, it could be self-funding.
Take off the political hat and get down to business. Stop fighting and petty politics and talk common sense. Shake hands with everyone. This is what Bill Johnson wants to do if elected. 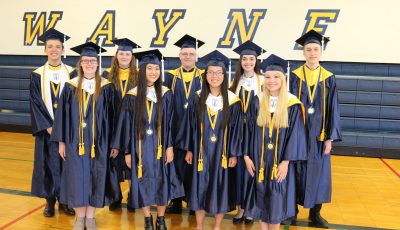 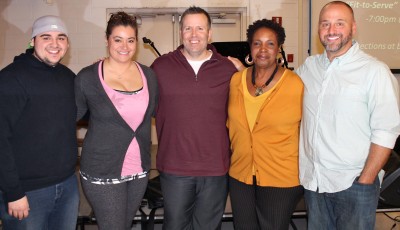