Klassy Kellection is keeping it classy 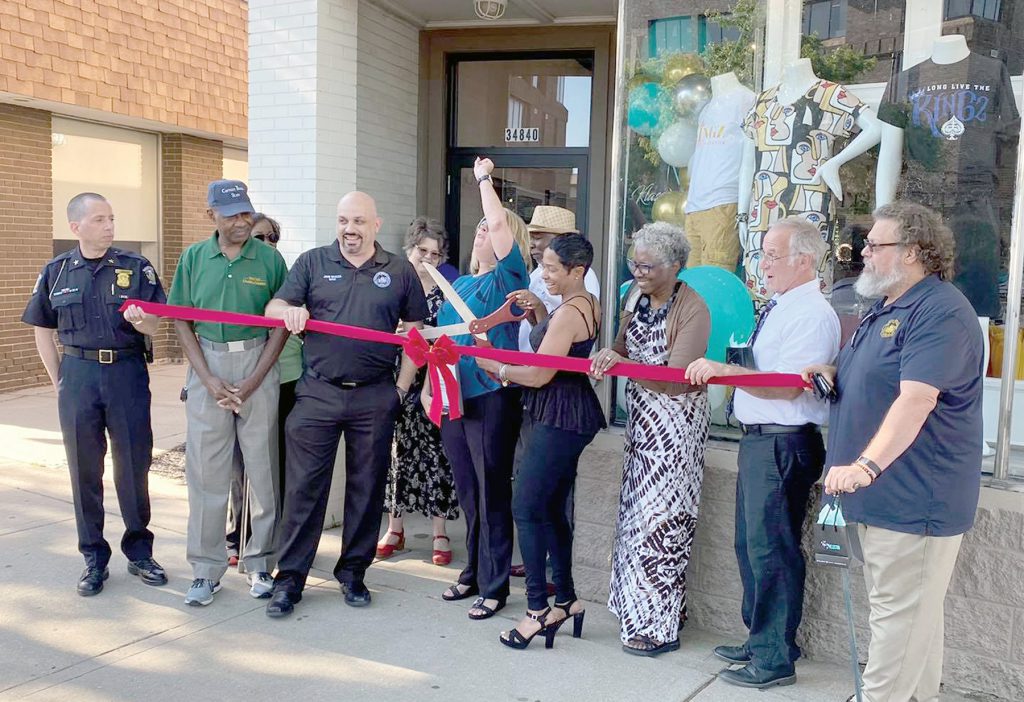 By Sarah Shurge – Some things in life seem meant to be.
One minute you are a cosmetologist. You blink, and then suddenly you are a business owner of a unisex boutique and salon.
That’s exactly what happened to Kelly Whitehead and that blink of an eye was actually five years of time.
In March 2021, Whitehead opened her business, Klassy Kellection at it’s new and upgraded location on Michigan Ave. Two doors down from US 12 Bar And Grill.
However, her journey to get here was not a simple one.
In October 2011, Whitehead underwent a kidney transplant. At the time, she owned a hair salon called Hair Cafe. She loved making people feel beautiful and she loved working, but because of the surgery, she had to shut down the salon so she could have time to heal.
After healing from her transplant, Whitehead returned to work and five years passed by. She began feeling fatigued and something inside her told her to leave work.
To compensate for the loss of her clientele, Whitehead decided to do something to fill the void. She started selling clothes from her basement to make up for the loss of income.
“I am not the type to ever take work off, but something was just telling me to leave,” said Whitehead. “God had everything already worked out and planned, I just didn’t know it yet.”
And that’s when what seemed like ‘fate’ came into play.
A friend of Whitehead told her about a wholesale show in Atlanta called the Atlanta Apparel Show. Whitehead went, signed up and started buying items. Eventually, she got a retail license, stepped out in faith, and things began to take off.
Before she knew it, ‘fate’ was at work in Whitehead’s life again.
Whitehead lives in Romulus and a friend randomly told about a building in Wayne that seemed perfect for her and her business. It was small and affordable. Exactly what she was looking for.
The friend was concerned that Whitehead would not be able to get the building though because the landlord was extremely difficult to get in contact with.
But some things in life just seem meant to be.
Whitehead was able to get in contact with the landlord and she opened her business Klassy Kellection on Wayne Road. It was a 300-square-foot salon and boutique combined in one.
It was a small space without windows for mannequins to display her apparel, but Whitehead was happy with the place.
“I was comfortable there. I had no idea I was going to get blessed with this space,” said Whitehead.
And then ‘fate’ came into play, again. 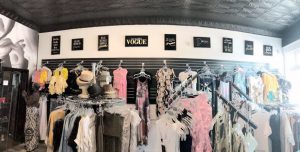 After a few years in business, Whitehead was told about space that was available on Michigan Ave. She was told the space had been empty for a long time and she wasn’t sure if she would get it.
But some things are meant to be, and it worked out in her favor.
The new location ended up being the perfect building for Klassy Kellection. It is a storefront with lots of windows for mannequins and the building is sectioned in half, making it extremely easy to separate the salon and the boutique.
Aside from upgrading from a 300-square-foot space to a 1,200-square-foot, Whitehead was also able to upgrade her Kellections.
She went from having just the Klassy Kellection for women, to now having a King Kellection for men displayed inside the store as well. Sizes for both Kellections run from small to 3X.
Before the calendar year ends, Whitehead plans on adding shoes into her Kellections.
“What goes better together than hair and clothes? A full look from head to toe,” said Whitehead.
With the blessing of the new building, Whitehead decided to bless her daughter as well by giving her the space on Wayne Road for her 21st birthday. Whitehead’s daughter opened a salon and named it Hair Cafe after her mom’s salon that closed 10 years ago.
Whitehead is working on networking Klassy Kellection through social media and learning to keep up with all the different platforms and posting daily.
“That’s where the money is. If you aren’t doing that then you are missing out on a lot,” said Whitehead.
Whitehead hopes Klassy Kellection will be the first of a chain someday in the future.
“Running a business looks easy but I don’t think it’s easy at all,” said Whitehead. “The easiest part is just showing up because it’s what I love to do.”
Klassy Kellection is open 10 a.m.-7 p.m. on Tuesdays and 9 a.m. -7 p.m. on Thursdays, Fridays and Saturdays. You can also visit the website for more information or shop online at klassykellection.com or call at (734)398-1440. Whitehead said to remember to “keep it klassy.”