By : thewaynedispatch
Comment: Off
Tag: City of Wayne, Knights of Columbus 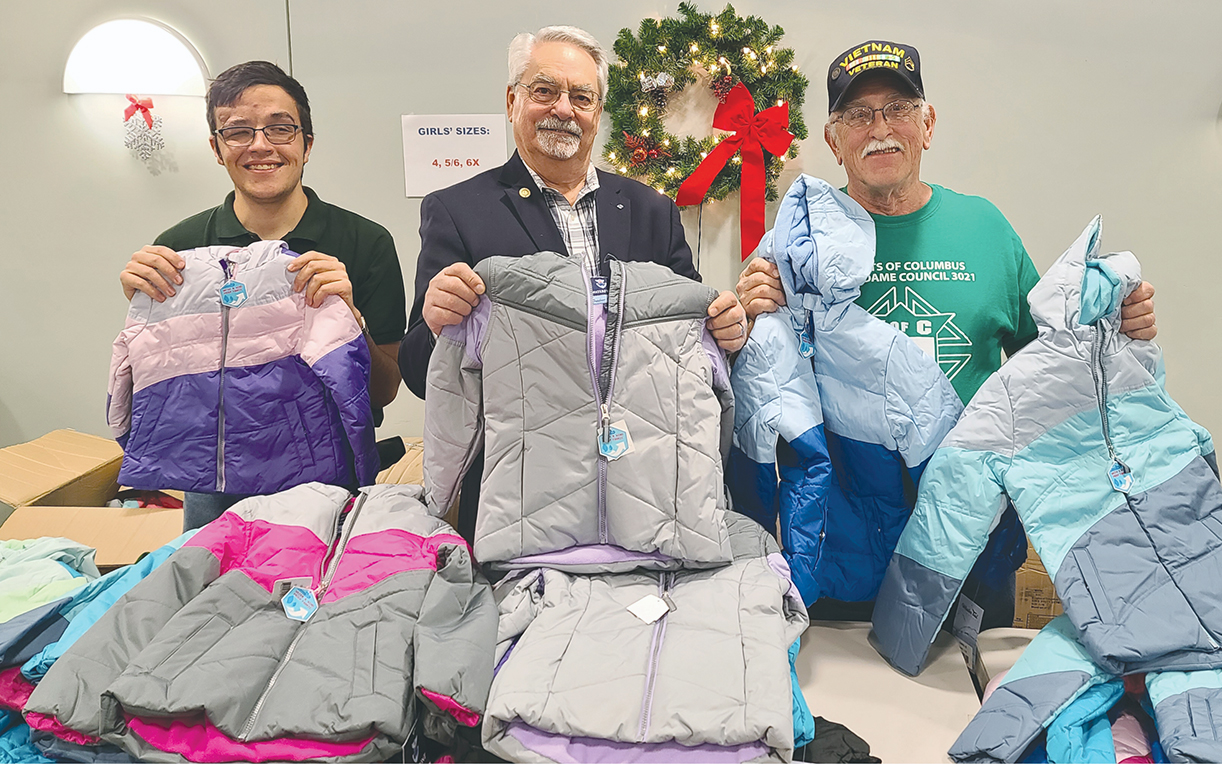 Knights of Columbus Notre Dame Council members Eric Pohl, John Albrecht and Paul Law hold up some of the coats for kids on distribution day.

By Sarah Shurge – As we enter the winter season and the cold weather approaches, many people’s first thought goes to the holidays. What decorations will be put up? What meals will be eaten? What gifts will be received? What seasonal activities will be participated in?
For others however, their first thought is a bit different. How can I keep my child warm during the cold winter months?
Coats for Kids is a program with one specific purpose: when families struggle to clothe their children with warm coats in the winter, Knights of Columbus councils help meet this basic need.
According to the Knights of Columbus website, since the program began in 2009, nearly 500,000 coats have been distributed in 49 states and all 10 Canadian provinces.
The Knights of Columbus may have been doing this program since 2009, but this is the first year the Knights of Columbus Notre Dame Council 3021 has participated.
“We’ve been wanting to do this for years,” said Paul Sposite, Grand Knight of the Notre Dame Council. “It’s a way for us to give back to the community in a meaningful way and help the kids in a way that really means the most.”
Sposite had a passion for the project but was looking for the right man for the job. John Albrecht was the man he picked.
Albrecht has been involved with the Knights of Columbus since he was younger, as his father was also a Knight. His father ended up retiring from the council and Albrecht strayed away from it for a few years. He returned and joined the Notre Dame Council after Christmas in 2020.
During the summer of 2021, Sposite asked Albrecht to take the lead and chair the Coats for Kids project. Albrecht accepted the responsibility and kicked-off the project in mid-August.
“When we started this project, we weren’t sure where we’d end up,” said Albrecht, Council Advocate. “I figured to shoot big, so we set $6,000 as our goal. We ended up raising a total of $7,032 in cash and coats.”
The Knights of Columbus Notre Dame Council collected a total of 324 coats for children in need.
“I am so humbled by the support we got. I thought our goal was too lofty, but once the community came together to support our cause, I was overwhelmed. It was tremendous,” said Albrecht.
After Albrecht set a fundraising goal in August, he opened a GoFundMe page and began advertising it on the Knights’ Facebook and social media to boost it. The council then began taking online donations and in-house donations.
The Knights put a box on the countertop for cash contributions. Once someone donated, they could pick a blue or pink construction-paper-child and write their name on it and tape it on the wall, so people can see who contributed to the cause.
The Knights had a Distribution Event on Tuesday, November 30th. Hot dogs, chips and pop were provided for the children that came to pick up coats. For families that didn’t come to the event, they are able to go to Amanda Dybus’ office and pick up their coats.
Dybus is the Director of the Family Resource Center. She has been doing a lot of behind the scenes work to find children in need of coats in the community.
“There were just a lot of little details that helped make this all come together,” said Albrecht.
If you would like to get involved and donate to the Coats for Kids program, you still have a chance because no formal cut-off has been made.
The Knights of Columbus are always preparing for their next event, which is coming up. Saturday, December 18th, will be their annual Christmas Celebration. Tickets are $20 which includes a buffet dinner, cash bar, and door prizes. DJ Justin will attend. For more information about the Knights of Columbus Notre Dame Council or upcoming events, visit notredamehall.com or find them on Facebook at Knights of Columbus 3021 Notre Dame. 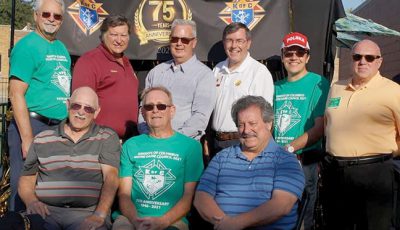