Making a difference around the world 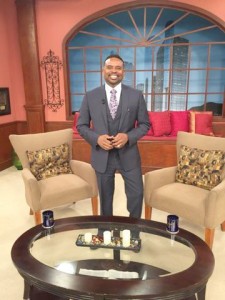 Twenty-eight men and women proudly wear their burgundy graduation cap and gown. Yellow tassel dangling against their infinite amounts of smiles. This was the day they had waited and been working for, the day they get ordained into ministry.
Pastor Larry Mack proudly stands on the stage and congratulates them all on how far they’ve come spiritually.
This was the Making of a Champion 2015 International Ministers’ Conference sponsored by TRIGA (The Redeemed International Gospel Assembly).
In a matter of two weeks, Mack traveled from Ghana, to Lagos, Nigeria, and then to Hilafax, Nova Scotia for a two day conference in each location. The main purpose of the conference was to strengthen pastors and leaders. During the two days, the pastors are fed, given rest and taught discipline and leadership, along with spending lots of time in prayer.
Mack spoke to all the attending pastors twice a day, along with doing a radio show. “You really have to study hard to actually be able to teach them something new,” said Mack.
Mack also hosts Power Hour Campus Bible Studies at Wayne State University on Tuesdays at 1:45pm, at Eastern Michigan University on Wednesdays at noon, and at the University of Michigan on Thursdays at noon. He hosts five television shows on TCT (Total Christian Television) which is seen all around the world, he is a spokes-person for the organization HOPE and his radio/TV messages reach eight million people. You can download his messages “Greater Life with Larry Mack” on iTunes. Over 20,000 people already have.
Throughout his time in ministry, Mack has helped plant five churches, almost completed building a school in Owerri, Nigeria, and has been preaching in third world countries for 24 years, including Russia, Germany and Jamaica, but it all had to start somewhere.
Originally, Mack was in the medical field and also a part of the military. He spent a lot of time in prayer until one morning when he was 23 years old, God spoke to him and called to him to become a pastor and to preach. “When he visited and his presence was around me, like a real presence that would lead you to cry tears of joy was around me for two days and in the midst of those two days is when he spoke to me” Mack recalls.
Next, Mack will be heading off to Dallas, Texas in September and South Africa next year.
There is a team of ministers that plan out trips. These trips generally take around three to four months to plan and usually cost $10,000.
Even though Mack spends a decent amount of time away from home, his wife and two children are very supportive of his trips, one of which wants to do missions when she is old enough. Mack occasionally will take a Sunday off to speak somewhere, but his first priority is his local church.
Mack preaches Sunday services at 10am and 4pm at Greater Than Dreams Church which is located on 35118 W. Michigan Ave. If in need of information, call (734)812-9896 or visit greaterdreamschurch.com or larrymackministries.com.

2015 Wayne election everyone votes for wards