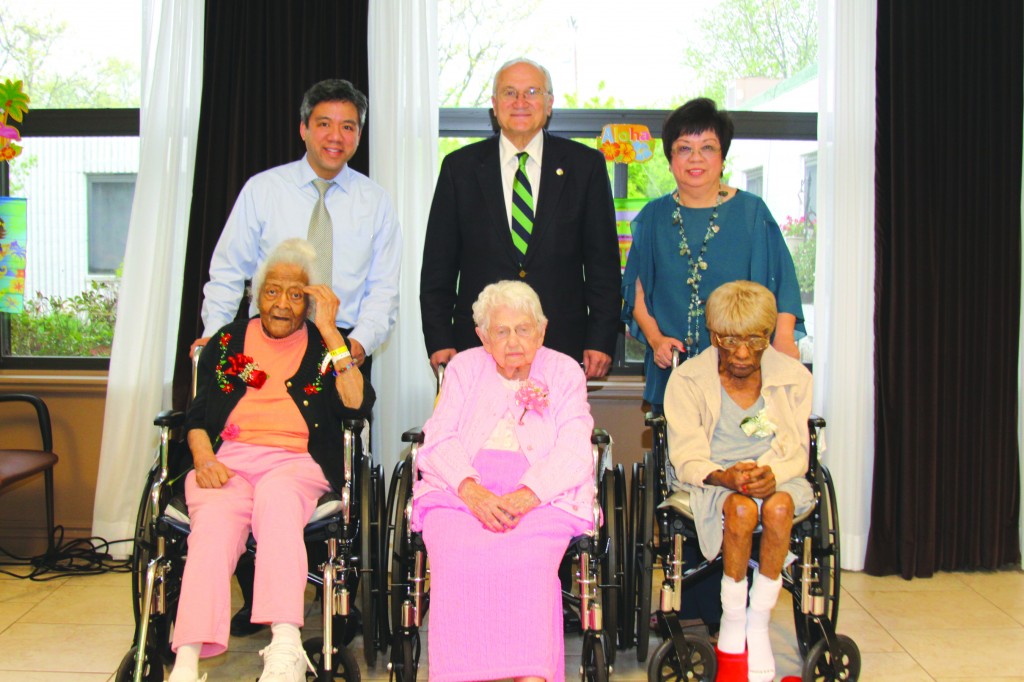 Maple Manor of Wayne had a very special birthday party. They celebrated the birthdays of their residents who have reached the age of 100 or more.
Edna Wooten and Mamie Williams celebrated their 102 birthdays and Ruby Johnson celebrated her 101 birthday.
Wayne Mayor Al Haidous presented the trio with resolutions from the city. Each birthday recipient also got to participate in a pinning ceremony with a corsage.
Dr. Stella Evangelista, administrator and medical director of Maple Manor, said the theme of the party was living the Aloha Spirit and all three of these ladies do that.
Edna said the secret to staying young is to keep smiling.