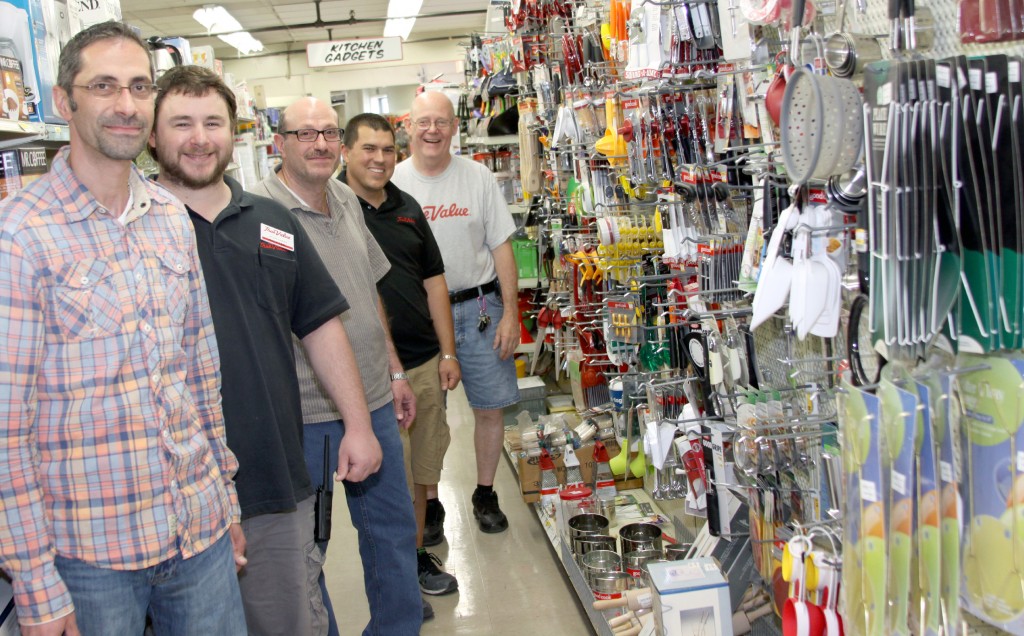 By Carolyn Marnon – Several months ago, Northside welcomed brothers Sam, Sal and Bashar Yono as its new owners. The trio also own two other True Value Hardware stores, one in Detroit and one at the Detroit/Dearborn border.  They are Iraq Christian Chaldeans who have lived in Northville since they came to the US from Iraq in 1978.  “We build our business on customers and customer service,” stated Sal Yono. “We do it all.”
Because they had success with the two other stores, the time was ripe for growth.  The opportunity to own Northside became available, and they took it.  They have not had any challenges since stepping in.  They have spent their time merchandising, working with the inventory, cleaning up the store and making it brighter.  Additional improvements and changes will be made as they go.
Seven days a week, at least one of the brothers will be at the store, working hands-on, during store hours.  They won’t be sitting in the backroom at their desks all day.  They will be out on the floor, cleaning, dealing with inventory, helping customers, doing whatever it takes to please those who shop there.  They are working to make the store customer friendly, such as when they removed the turnstile near the entrance, and widening the aisles.  They’ve also removed endcaps from some aisles and are bringing in new products.
You might notice that guns are no longer sold, although ammunition is available.  There is a brightly-colored aisle with 20 feet of kitchen gadgets:  red, orange, yellow and green baking and cooking accessories to entice the cook in the city.  They are trying different things, wanting to be flexible when it comes to their customer’s needs.  They feel they are able to compete with the big box stores because they are able to give immediate customer service.  Whatever your needs, they will show you right where it is in the store.  If they don’t have it, they will get it for you. Customer service and price are important to them. If they can’t get something for you at a lower price, they will match the price of a competing store.  A sign in the office states “I fought the big box and won.” The brothers certainly have the enthusiasm to help you, no matter what you need.
If you stopped in the store this spring, you might have noticed they were selling hanging baskets and flats of vegetables.  They plan to expand their selection next spring.  The rewards program that ended several years ago will be introduced once again.  If you were a rewards member in the past, you can give the cashier your phone number and they should be able to activate you again.  If you were not in the rewards program, you can sign up the next time you come in.  Another new policy will be discounts offered to military veterans.  The parking lot will be redone and when it is, there will be two spots just for veterans along with the customary handicapped parking.
The plumbing section has been redone.  Drywall and 4×8 sheets of plywood are now available.  There is a bigger stock of generators.  They rekey locks.  A Pepsi machine has been installed at the front of the store and a snack machine is planned as a later addition.
You can meet Sam, Sal and Bashar on Saturday, July 18th, when they celebrate the Grand-Reopening of Northside during Wayne’s annual sidewalk sales.  They are only having the sale on Saturday so they can make it a huge celebration.  There will be doorprizes, including a lawn mower and a grill, given away.  Radio stations 94.7 WCSX (Detroit’s Classic Rock) and 101.1 WRIF (The RIFF) will be there with giveaways.  WCSX will be there from 10 a.m.-2 p.m. followed by WRIF until 4 p.m.  A grilled hot dog (a change from the steamed hot dogs of the past) and a soda will be 25 cents.  There will be blow out deals and raffle prizes.  Doors will open at 8 a.m. with the sales being found inside the store.  Sam, Sal and Bashar want you to come into the store and see all the new merchandise they have acquired and the special deals they’ll have for you.
Jim Cox, Manager, mentioned that people have thought Northside was going out of business for the past several years because of low inventory levels. Come inside and you will now find the inventory growing.  The paint selection has increased.
We’re just “humble, hardworking people”, Sam wants residents of Wayne to know. Come see for yourself July 18, or sooner if you are able. 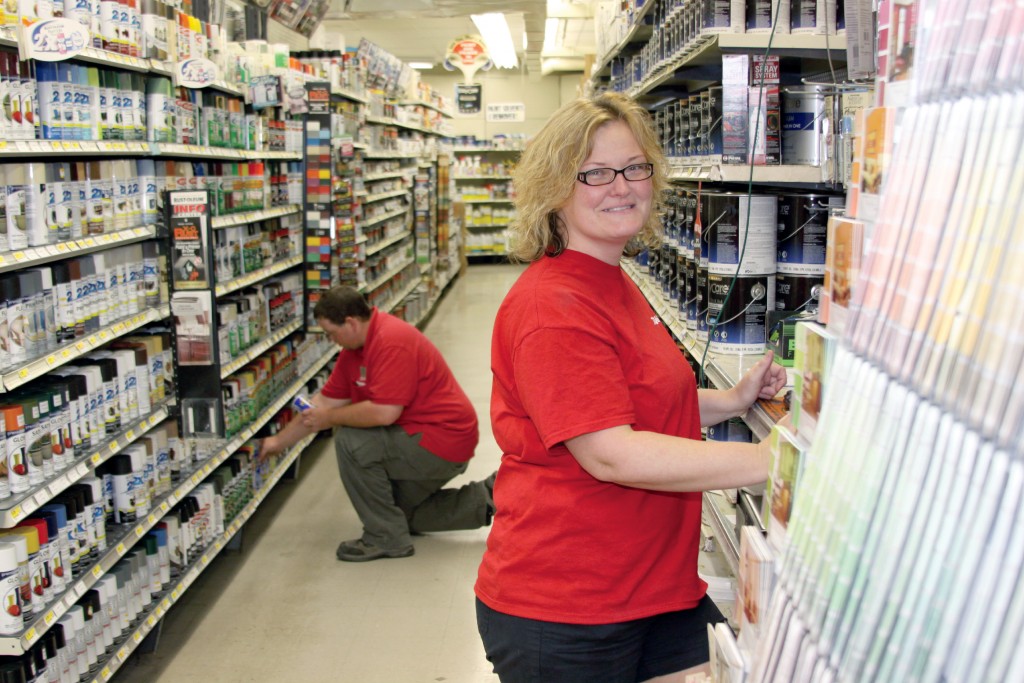