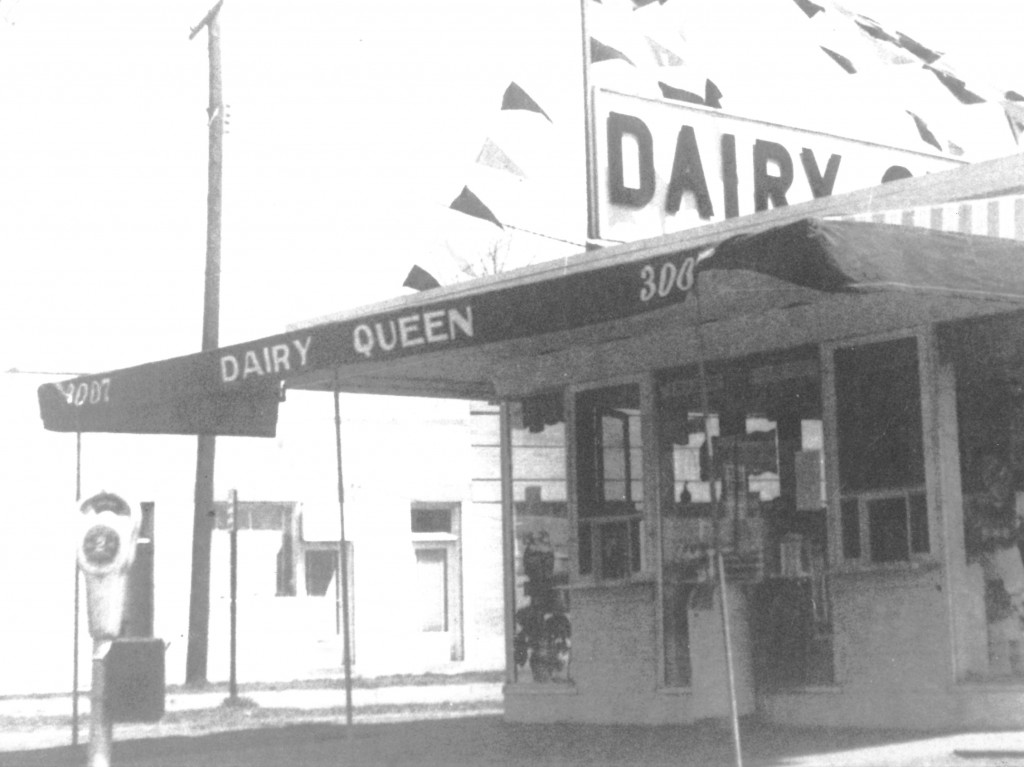 Darlene Hawley – As March arrives and winter wanes we begin to look for signs of spring and an end to the cold snowy weather of January and February.  Of course the 20th of March is the official first day of spring but there are other signs we look for.  Robins gathering in our yards, windy days blowing kites across the sky, snow piles melting, crocus and forsythia blooming, buds on bushes and trees.  These are all signs that spring is on the way.  But, the most important and visible sign of spring is the opening of the Dairy Queen on Wayne Road on March 1st.  That’s the beginning of the spring season in Wayne!
Our Dairy Queen has been in Wayne for 66 years.  In 1948, Dale and Eileen Rockwell bought a piece of land on the corner of Wayne Road and Chestnut Street from a Mr. Moses Dupont.  The Rockwells had the Dairy Queen building built and it opened for business in 1949.  It was one of the first Dairy Queens in Michigan.  Mr. Rockwell built the Dairy Queen sign that sat on top of the building.  Their daughter Gayle attended Wayne Memorial and worked making cones at the family owned business while she was a teen.  Their son Delvyn helped by transporting the supplies for making the ice cream from the family home where they were kept to the Dairy Queen.  He also waited on customers.  His wife Kathie, who lives in Wayne today, remembers being out on a date with Delvyn and having to go by the business so that he could help clean the ice cream machines, the counters and floors and lock up the building for the day.  (Wayne’s own” Wild” Bill Copeland, a longtime business man in Wayne, got his first job at the Dairy Queen when he was hired by the Rockwell family.)
In 1959 the Rockwells sold the Dairy Queen to Peter and Eileen Lekas.  The Lekas were the proprietors for the next 29 years.  In 1988 they sold the business to Peter’s nephew John Petrou and his wife Anna.
John and Anna were thrilled to buy the business from their Uncle Peter even though it was a costly venture and they had two children, ages 12 and 14, to consider.  The children helped with the business and a few years later another child was born.  It became a real family affair.  Anna remembers making a bed in the back room of the store for the baby to sleep in while the family worked to serve customers.  In the early days they would open at noon and often stay open until after midnight.  “As long as there was someone in line at the window, they stayed open to serve them”, Anna said.   They have always opened the Dairy Queen on March 1st and closed in mid October each year.
The Petrou’s have been very active business people in our community.  For years they have been involved with the Wayne Parks and Recreation Department in sponsoring sports teams as well as being supporters of the Diamond of the Community Program. They have worked tirelessly in support of the Children’s Miracle Network and raised funds for their facility at Children’s Hospital.  Last year they donated 1700 free ice cream cones as part of this fund raiser.  Anna has been a part of Wayne’s Downtown Development Authority as well as the Main Street Program.  Many local clubs and organizations have come to the Petrous over the years seeking donations and sponsorships for their causes.  The Petrous feel strongly about supporting the community they love so they always say yes.    Anna stated that it has been important to them to give back to the community that has given so much to them.  “A little bit to help everyone who asks” is their motto she stated.  They have also helped many young people in our community of Wayne by hiring teens to work at the Dairy Queen.  “We have had so many wonderful kids work for us over the years and sometimes we hire the children of our past workers.  The people of Wayne are wonderful and have given us so much support. We appreciate their business as well as their friendship! “
Wayne appreciates the Petrou family for providing us with our favorite place to buy a Dairy Queen “sweet treat” on a beautiful spring, summer or fall day as well as giving back to the community in so many ways! 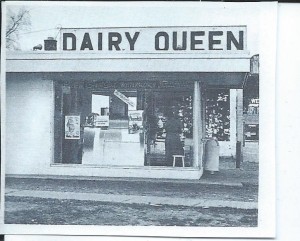