By : thewaynedispatch
Comment: Off
Tag: so you know what that means: In these parts we may still have a good month—at least—before we can consistently spend time outdoors sans long sleeves (or worse yet, Things people with tidy homes do every day April is upon us 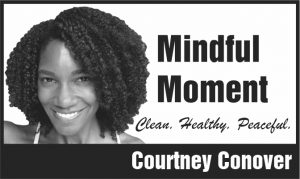 Things people with tidy homes do every day April is upon us, so you know what that means: In these parts we may still have a good month—at least—before we can consistently spend time outdoors sans long sleeves (or worse yet, long johns).
But we can somewhat soften that blow by ensuring that our home’s interior looks and smells as good as it can. And that might not require as much effort as you might think. I’ve searched high and low for the most comprehensive pointers from experts and professionals, and here’s what I found.

In the bedroom…
MAKE THE BED.
Before she even thinks about leaving the house for the day, North Carolina-based interior designer Amy Bell makes the bed. Says the owner of Red Chair Home Interiors, “Even if the rest of the room isn’t picture-perfect, a neat bed instantly makes the whole space look pulled together.”
PUT CLOTHES AWAY.
Tell me: Do you loathe putting the laundry away? Or, worse: Do you throw your dirty clothes on that chair in the corner instead of tossing them in the hamper? I’m certainly guilty of that. And I’m not alone, apparently. Debra Johnson, a home cleaning expert from Merry Maids, has these words for us: “Before you go to bed, put dirty clothes in the hamper or re-hang clean ones in the closet. And in the morning, fold your pajamas and store them in their proper place.”

In the kitchen…
TAKE OUT THE TRASH.
Oh, the difference this next tip makes! It comes from Good Housekeeping magazine: Sort through leftover food and throw away anything you don’t think your family will eat. The magazine says that mornings are the most suitable time to take the garbage out as well, as we can simply tie up our trash bag and put it outside—instead of letting stinky food smell up the fridge all day.
WIPE DOWN THE KITCHEN COUNTERS.
This tip from Country Living magazine is a win-win because it’s cheap and easy: Wipe down kitchen counters nightly with a homemade solution that’s one part vinegar, three parts water, and a squirt of almond oil dish soap and store in a spray bottle. The vinegar cuts through grease while also clearing up smudges on stainless appliances.

In the bathroom…
WIPE DOWN THE BATHROOM SINK—EVERYTIME.
For those of us who abhor a dirty sink, Ashlee Edie, a professional cleaner at Handy, a professional cleaning and handyman service, has the holy grail of tips: Wipe down the bathroom sink. Every. Single. Time. (But even if you did it once a day, that would likely be an improvement.) Says Edie, “You will instantly see what a big difference it makes, because when you don’t do this, makeup, toothpaste, soap, and hard water build up, making your entire bathroom appear slightly dirty.”

SQUEEGEE THE SHOWER.
Now, this one, also from Country Living magazine, may be a bit over the top, but the merits are surely justifiable: Squeegee the shower door after every shower to prevent water spots and grime and keep the glass looking clear and bright.

General tips to keep in mind…
USE PICTURE LABELS ON TOY BINS
Celebrity organizing expert Emma Gordon has something both parents and grandparents can get behind: Pull and print images of your kids’ toys from a quick Google image search, then use that as the label for a toy’s container. “Young children have a natural desire to help, which can be encouraged with age-appropriate organizing,” says Gordon. “And when the image is bright and appealing, putting away toys can turn into a captivating game.”

DO A FIVE-MINUTE CLEAN UP.
Before bed, Camilla Fabbri, contributor to Farmhouse Style Magazine, gets everyone to pitch in for a quick tidying up session. Her family of four picks up the dog toys, puts away the mail, hangs up jackets, and puts items back in their place. “With everyone helping, it usually takes less than five minutes, and I feel so much better when I come downstairs in the morning and the house is organized,” she says.

OPEN A DOOR OR TWO.
Sherry Petersik, who co-authored Lovable Livable Home with her husband, John, suggests we air it out. “I throw open the front and the back door to air out the house every day, even just for a few minutes if it’s cold outside,” she says. “It helps to fight off stale air—or any random lingering odors from dinner—and it makes the house feel fresh and breezy.”

USE THE “TWO-MINUTE RULE.”
Procrastinators, take heed: Sometimes, it’s easier to tackle a task head-on instead of waiting until later…whenever that might be. “If a task takes less than two minutes to complete, do it immediately,” advises Gordon. “Small tasks that are allowed to pile up will turn into fodder for procrastination later.”

Courtney Conover is a wife and mom of two kids who has called Wayne home since 1995. Catch up with her weekly by visiting her blog at www.courtneyconover.com

Hey, Dispatch readers, it’s almost time to celebrate the dads, and we want to know something: How has your father—or the father figure in your life—shown his love without directly saying so? How has he been there for you in unyielding ways? The Dispatch wants to know! Share your experience by e-mailing courtneyconover@yahoo.com and put “Dispatch Father’s Day” in the subject line. You may be included in June’s Mindful Moment column.