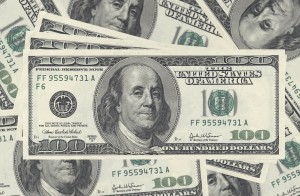 By Dave Merchant -Whoever said the people of Wayne do not help each other is sadly mistaken. There is club in the city that has been helping people for nearly 23 years.
The good people of the Wayne 100 Club have been helping fellow residents for quite some time by awarding $500 grants on a need basis. One hundred dollars a year is donated by 100 people each year to raise the money to help residents in need.
The group meets once a year and this year it is on March 16. The group is always looking for new members who want to donate $100 a year and want to remain anonymous. Anyone interested can contact a board member to get and application.
Dave Carpenter is the grants chairman for the organization. The person who oversees the grant requests and ultimately issues the checks.
“We got started on October 26th, 1992,” Carpenter said. “It has been quite a while that we have been around.”
It was incorporated by John (Jack) Demmer, Thomas G. Daily and John R. Ryan as signing members.
He said some of the grants written have helped with basic needs, tires on vehicles (where the ones on the vehicle were deemed unsafe and even immediate needs after a fire. Evictions, medication, food, glasses and other basic necessities are other emergencies that the Wayne 100 Club will consider funding.
The grants are given in $500 increments. One grant is the limit per person per situation and they can be given for less than $500 but not for any more.
“If someone in school breaks their glasses and needs a new pair but can’t afford them, we can help,” he said. “Just recently we helped someone with the DTE bill so it would not get shutoff.”
Carpenter said application can be found at schools in Wayne as well as churches in the area.
The application for a grant must have the referring person, name and address and a brief description of the need. “Three or four years ago we were overwhelmed (with applications),” he said. “It was a sign of the revering economy. The last two years have not been quite as bad.”
He stressed that not everyone who applies gets a grant. Some of the grants are for smaller amounts depending on the need.
They have funded wheel chair ramps, funeral expenses and immediate needs in the community. They accept third party request only (no direct application) and the executive committee considers by consensus whether to approve the request and to the extent, limited by the group’s $500 maximum.
The current officers as of Feb. 2, 2016 are Ron Hays, president, Laura Mack, secretary, Bill Sexton, treasurer and Carpenter as grant chairperson.

Community to vote in August to restore public safety in Wayne