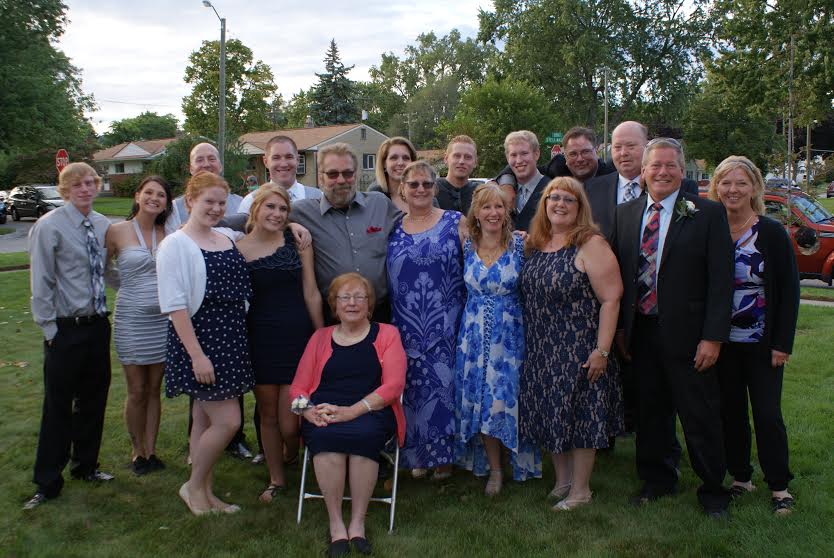 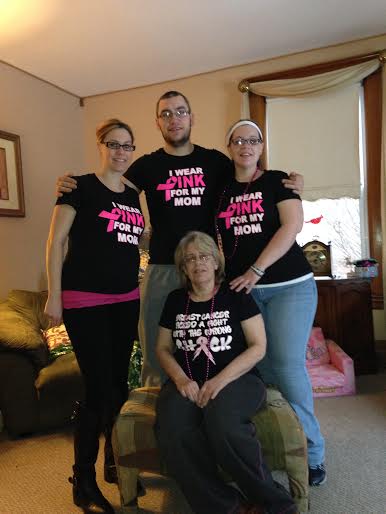 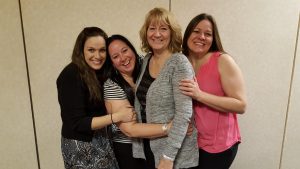 Debbie Cowell
Dana Cowell wrote, “My mom is the most inspirational, loving, kind, giving person I’ve ever met.  I’m very blessed to have her as my mom and my best friend.”
Dana’s mom is Debbie Cowell.  Debbie has lived in Wayne most of her life; there was a 6-7 year period spent in Canton.  Debbie grew up as the oldest of 6 kids.  In 1971, she was Miss Wayne.  She is currently an RN in After Surgery Care at Beaumont Wayne and has been an RN for the last 20 years.
While Dana and her sisters (April and Lindsay) were growing up, “Our house was the safe house,” says Dana. Kids knew they could come there to hang out.  Although they are a small family, they are very close. Debbie spends time with her kids and grandkids when she isn’t working.  She takes her grandson’s, Chase and Draven (who has a rare incurable disease called mastocytosis where the body creates too many mast cells), to movies and shopping.
In addition to her regular schedule at Beaumont, Debbie volunteers to work overtime 2-4 times a week. One of her former patients remembers Debbie as being the most kind and attentive nurse she had during her 3 day stay.  After working her regular shift, Debbie was staying late to work someone else’s shift.  It was easy for Debbie because she lives across the street from the hospital and can just walk home when she is done.  She commented to her patient that she wants to make all her patients feel comfortable and to get them what they need without having to call someone else in. One of Debbie’s daughters works at Beaumont as an RN also.  Dana never entered the medical field because she doesn’t like blood and needles.
Debbie’s granddaughter, Heather, died when she was just 20 years old.  Heather is Dana’s only child. She tragically drowned in Wayne four years ago.  Holidays and birthdays are hard for Dana, but Debbie is always there for her.  Dana sees her mother at least 3-4 days a week.
Debbie has no plans to retire.  In the summer, she likes to do yardwork and garden in her backyard.  She has a special memorial garden for Heather that she created with pink flowers and an angel statue.  She likes to read, especially books about heaven, inspirational stories and biographies.  She attends Northridge Church in Plymouth.  Says Dana,“She loves God and wishes she could spread his message of love and compassion to all she meets.”

Helen Braun
“I have an extraordinary mother. My dad travelled for work when we were children and she raised four of us. Mom was at every event that we had and was a constant taxi service. All our friends came to our house. When my grandmother died, Mom drove to Buffalo one weekend a month to help care for my grandfather. She did this for 6 years,” says Barbara Braun-Jaworski.
Helen and her husband raised their children (Barbara, Susan, Bob and Carol) in Buffalo before coming to Wayne. All the kids swam and were involved in sporting events.  Susan was involved in gymnastics. Helen drove everyone wherever they needed to go.  The Braun house was the one to go to for kool aid and where friends hung out.  Helen helped the friends of her children who had problems and spent time with them.  “We lucked out when it came to a mom,” said Barbara.  “She was mom and dad for all of us for 30 years.”
When Susan was three, she had open heart surgery. When Bob was 18, he had cancer. Helen was there for her children, taking care of them while her husband was away working.
In 1981 the family moved to Wayne. The move was hard for Helen. She found work as an administrative assistant to one of the vice presidents of Comerica Bank. She retired ten years ago.
Barbara says, “My mother has never met a stranger.” She says Helen has a bazillion friends. She could get on a plane with someone she didn’t know and by the end of the flight, she would know everything about them.
Helen lives with Barbara and her husband, Dennis. Helen’s husband got sick and died May 5, 2001.  They had been married for 45 years. “They were best friends,” says Barbara.
Helen continued to work until she was almost 70.  After she retired, she needed something to do. Barbara and Susan decided their mom needed a job.  Now Helen volunteers at St. Mary’s office.  She also reads at Roosevelt Elementary as part of the Literacy Program.  She’s been on the Commission on Aging in Wayne for about 6 years.
If that’s not enough, she also works out every day, except Sunday, and works with a trainer once per week.
Three years ago, Helen was diagnosed with breast cancer.  She has occasional bouts with skin cancer. She has scoliosis. She was asked if she wanted a cane to use. “For what?” she replied.
Susan’s daughter, Elizabeth, said that Grandma Helen always has cookies. “Grandma is my best friend. I love her.” Helen supports her grandchildren. She picks up her granddaughters daily from Wayne Memorial. She makes lunch for Barbara’s husband every day. She enjoys playing Show Me the Money on Friday nights at the Wayne Moose. She is also an avid sports fan, especially for Notre Dame.  She goes to Tigers and Lions games 4-5 times a year and watches anything sports-related on TV.
This tiny lady, 4 feet 10 inches, is also known for her love of babies and children. Her son-in-law, Richard Honke, claims “She’s a food pusher.” Her family all have only good things to say about their mother. They are lucky indeed.
Kathleen Horne
“I would love to do a story on how amazing my mom is. She is also going through radiation right now for breast cancer,” wrote Ashley Beaubien.  Ashley’s mother, Kathleen Horne, lives in Wayne and has always been on the go. She’s been married over 30 years to Jim and has raised three children: Stephanie Horne (age 29), Ashley (age 27) and Matt Horne (age 21).
Kathleen works at a daycare from 4:30 a.m. to 9:30 a.m. She then goes home to take care of her 87 year old mother who has alzheimer’s and dementia and lives with her. She also takes care of Abbi (age 4) and Axel (newborn), her grandchildren. Stephanie lives a couple blocks away while Ashley and Matt live with their mom.
January 28, 2016, Kathleen was diagnosed with breast cancer.  She has been undergoing radiation since then and just recently had her last treatment. During treatment, she took no days off work; she just kept on working.
“Spending time with her kids and grandkids is all she needs,” said Ashley.  Kathleen loves being outside with Abbi and Axel.  They call her meemaw.
For Mother’s Day, the family plans to have a BBQ and spend time together at Kathleen’s house with her.

Ruth M Webb
Robert Webb will be spending his first Mother’s Day without his dear mother, Ruth Webb. Ruth was a longtime resident, over 70 years, of Wayne who passed away March 29. She would have been 96 years old this July.
Ruth was one of the first and probably the longest survivor of the radium treatments used at the University of Michigan hospital to cure cancer. Her name appears on the university’s wall of cancer survivors.
Ruth was a World War 2  Rosie the Riveter, working on B-24’s at Willow Run Bomber Assembly Plant as a riveter, a riveter inspector and she instructed many new hires on how to work in a production plant. She worked there before they started production and stayed until the last B-24 flew away. She stayed on when the plant was purchased by the Kaiser-Frazer Corporation and worked building the Henry J auto by installing the right side.
Ruth was also a 5 generation grandmother. She was very involved with her great-granddaughters and encouraged them to go to school.  Kaylee Shanklin is a high school senior in Wixom who is taking college credits.  Kelsey Shanklin, a high school sophomore in Wixom is also taking college courses.
Ruth had seven children: Cletis, Brenda, Robert (lives in Wayne), Ronald (lives in Wayne), Valerie, Diane and Jean.  She was a member and supporter of the Methodist Church. She was also a life-time member of the American Rosie the Riveter Association. “She told great stories about the depression and WW2 and how things have changed so much since she was a young girl,” said Robert.

A day to remember