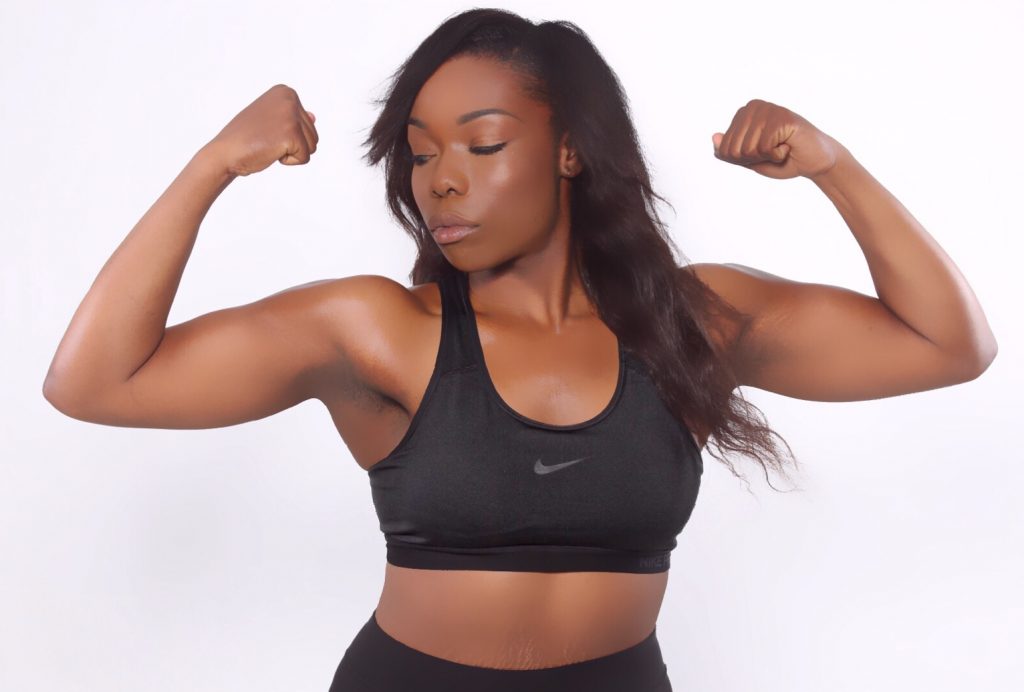 Carolyn Marnon – Imagine coming into work every day at the Ford Michigan Assembly Plant in Wayne and having a hard time on the assembly line doing your job because you are overweight.  Would you complain about how hard your job is and not make any changes?  Or would you do as Louise “Lulu” Ogadinma did and make some personal changes that will dramatically affect your life, both at work and personally?
Lulu started working at the Ford plant on Michigan Avenue in February, 2011.  She had been obese since childhood, had low self-esteem and no confidence in herself.  Her weight would yo-yo, going down, then up, then down and up again.
A fellow member of the UAW-Ford Local 900 union kept encouraging Lulu to go with her to the exercise facility that is inside the plant and that is available to employees. That union sister’s persistence changed Lulu’s life. Lulu had been having a hard time bending over to do her job. “I’m too young to wear a back brace,” she said. “I’ll just get serious with this.”
Lulu started working out during her three breaks each day.  When she decided to get serious with weight loss in February 2013, she weighed 232 pounds. She started researching ways she could change her diet and started a new food regimen.  By the summer, she was down to 175 pounds.  She found that losing the weight made her job easier.  She gained confidence.
By 2014, other Ford employees at the plant were asking her to train them.  They had seen the transformation in Lulu, and she was getting a reputation at the plant.  Everyone seemed to know that Lulu spent her breaks in the Ford gym.  Lulu would train other employees on their breaks.  She was an inspiration to others. As she lost weight and became stronger, she decided to try out for a women’s football team in Detroit in January 2015.  She had not played sports when she was younger, but she had gained confidence in herself to now try.  She made the team and played for a short time.  Eventually, Lulu chose to leave that team to start her own team, the Flint City Riveters.  Lulu said the endeavor was expensive and challenging. She and her three partners now have 24 girls on their team.
As the middle linebacker, playing football is another way she keeps in shape.  She continues to work out daily. “It’s so addictive,” she says.
When she was focused on losing weight, Lulu did cardio 2 times a day for an hour.  She is very strict with her diet.  She believes meal prep is important to sticking with a diet.  She chooses a “less busy” day each week and does her meal prep for the week.  Most of her meals consist of chicken, vegetables, brown rice and/or sweet potatoes.  She finds that by doing the meal prep ahead of time, she doesn’t have to think about what she is going to eat, she just has to grab her meal and go.  When she started her diet regimen, her diet was 95% clean.  That means she was not eating much junk food or processed food.  Now, her diet is 80% clean.  She does allow herself the occasional pizza and what she calls a “cheat meal” each week where she can eat whatever she wants for that one meal.  By not depriving herself of some of the foods she really likes, she is able to maintain her diet the rest of the week.
Lulu’s current job at the assembly plant is securing the center console on the car and putting the airbag clip on the side panel.  She stands on a conveyor belt that moves with the car and has about 45 seconds to get her job done before she has to move on to the next car.  She works on about 70 cars an hour.  When she started her current job, she had vertigo which she attributed to a high sodium diet.  Her diet now has resolved that issue.
Lulu lives in Melvindale with her 7-year old daughter who loves to play soccer and dance.  It took six months, but Lulu is now a certified ISSA (International Sports Sciences Association) personal trainer. She plans to take advantage of the UAW/Ford ETAP (Education Tuition Assistance Plan) to attend Henry Ford Community College and get an associate’s degree in Fitness. The ETAP provides up to $6,000 for tuition and approved fees for approved courses that lead to a GED, associate degree, bachelor degree, master degree, PhD, certificate or diploma at regionally accredited educational institutions. After she gets her associate degree, she would like to attend Eastern Michigan University to study Sport Performance and Fitness Entrepreneurship.
The exercise facility at the Ford Michigan Assembly Plant in Wayne is open 24 hours a day. All Ford workers and UAW employees have access to it.  It is equipped with cardio and strength training machines.  The current contract that was passed this last year awarded the UAW workers funds to repair and maintain the machines as well as to purchase some new equipment. “It’s awesome that Ford Motor Company really cares for our health. I can’t wait to see the new equipment!” Lulu said.
If you would like to learn more about Lulu’s fitness business, go to www.luluplusyoufitness.com