Who’s that coming down the street? 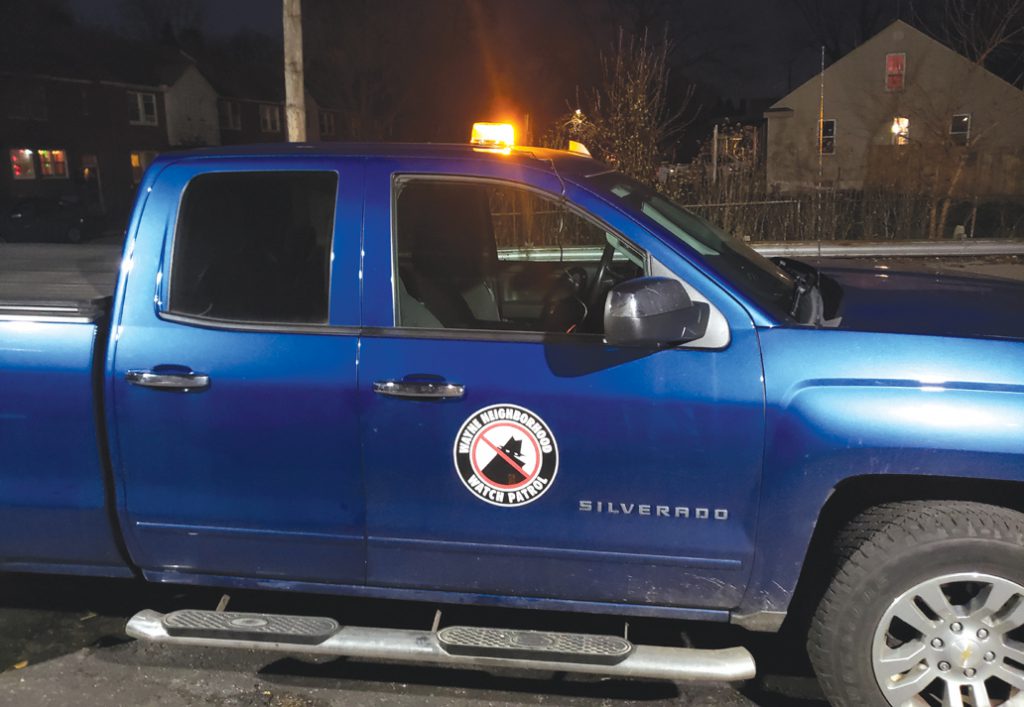 A privately-owned Wayne Neighborhood Watch Patrol vehicle with the newly approved amber light on top and WNWP identification magnet on the door.

By Carolyn Marnon – You might have seen them recently-the amber lights on top of cars patrolling the neighborhoods of Wayne. The Wayne Neighborhood Watch Patrol began using the amber lights during their patrols on Tuesday, December 4.
The volunteer-based neighborhood patrol members use their own cars and their own gas while out on patrol each evening. The new lights were paid for by the volunteers themselves.
“Last night was my first night out with the lights,” said WNWP founder Brian Ewanciw. “I feel they really helped to identify us to residents and also Wayne PD as I drove past officers officers last night. I’ve seen several posts on facebook about residents saying they seen us out and about. We will have to wait and see the numbers after a few months to get a real feel on crime stats to see how well they work on deterring crime.”
Wayne Police Chief Alan Maciag met with the group and approved their use of the amber lights under the amended Michigan Complied Laws (MCL) which now allows their use. “I believe that the lights will give the group more visibility and make the citizens aware that they are out helping to patrol our streets. I believe that this is a positive thing for Wayne. The neighborhood watch group’s premise is to ‘observe and report’ any suspicious or criminal activity to the Wayne Police Department. The group is an asset to the police department and the community given our low staffing levels at the police department. Many nights our patrol officers are extremely busy and are going from call to call leaving little or no time to patrol our businesses and neighborhoods. The Neighborhood Watch patrol adds additional ‘eyes and ears’ on the street to report crimes or suspicious activities.” Resident and patroller Chris Miller notes, “I think they will make a bigger impact on us patrolling and pushing out some of the crime in this city. With our hazard lights, most people probably thought we were having car troubles until they got up on us and seen our patrol signs on our vehicles.”
Resident and patroller Vern Amos adds, “I think the new light will help a lot. More people will be able to see it and know we are out there to help keep our neighborhoods safe, and the bad guys will see us coming and get out of town.”