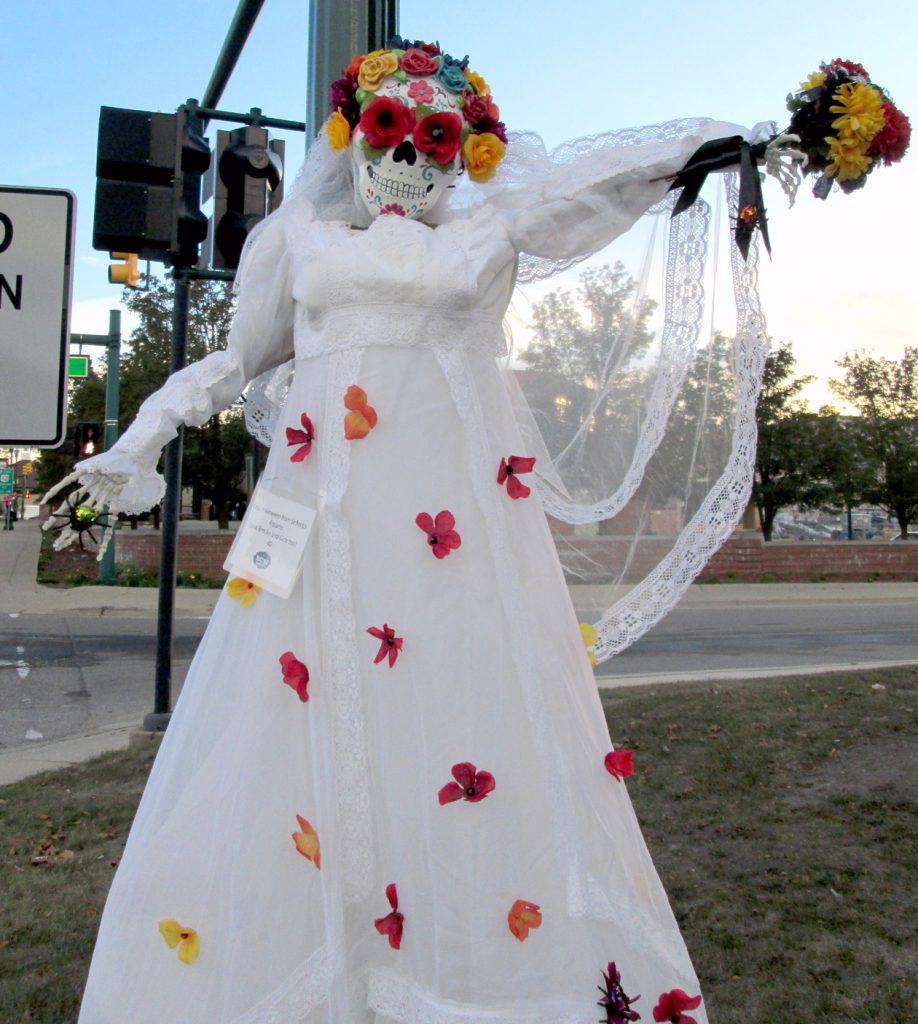 2017 Scarecrow Entry by Brooke and the Girls. Photo by Angie Jarman

Wayne Main Street is welcoming Scarecrows back to Downtown Wayne. The organization recently announced the program dates for this year’s Scarecrow Show. Now through September 24, community members will be able to register to participate in this year’s event. Those who are interested in participating can do so by downloading an entry form online at downtownwayne.org/scarecrows or by registering in person at the Wayne Historical Museum (One Town Square, Wayne). The entry fee for this year’s event is $20 or $15 for returning participants who already have a frame.
Scarecrows will be on display throughout Downtown from September 29 through November 3. Community members are encouraged to visit each of the more than 70 installations while exploring Wayne’s historic downtown. Residents and visitors will also have the opportunity to vote on their favorite Scarecrows. Wayne Main Street will host a Voting Contest & Reception in Derby’s Alley (34924 W. Michigan Ave) on Wednesday, October 17, from 4:00-7:00 p.m. The event will feature live music as well as donuts and cider from the Dexter Cider Mill. The 2018 Scarecrow Contest Winners will be announced at this event.

Downtown Scarecrow Show
Launched by Wayne Main Street in 2013, Wayne’s Scarecrow Show has become a signature event for Downtown Wayne. Angie Jarman, Wayne Main Street Committee Member and Scarecrow Project Manager, comments “This project is an amazing community activity that truly brings our community together. Every year I am so impressed by the entries we receive. Each Scarecrow really adds to the unique feel of Wayne’s historic downtown.”
Annually this project draws thousands of visitors to Downtown Wayne to view the over 70 scarecrows installed throughout Wayne’s commercial district.