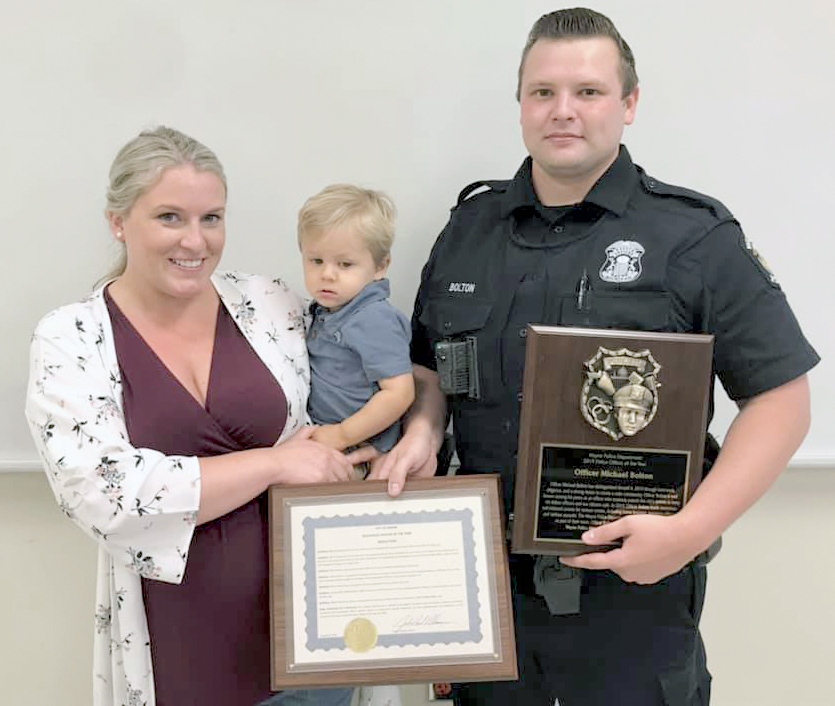 Officer of the Year Michael Bolton with his girl friend Delani Derr and their son Owen.

By Carolyn Marnon – Keeping his community and fellow officers safe is the goal Officer Michael Bolton has when he arrives to work at the Wayne Police Department for his shifts. Hired in November 2016, Officer Bolton has recently received the distinguished title of 2019 Police Officer of the Year. He exemplifies the core values of the police department and has a dedicated work ethic.
Currently assigned to Road Patrol, Officer Bolton is also a Field Training Officer. During 2019, he made numerous arrests for serious crimes, including weapons offenses and home invasions. He is a positive role model with his passion for law enforcement and keeping the community safe.
“I felt it was an honor and a privilege to be voted Officer of the Year by my peers. I couldn’t have done it without my co-workers and command staff,” said Officer Bolton.
“We’re definitely lucky to have Officer Bolton in our department,” said Wayne Police Chief Ryan Strong. “He epitomizes a hardworking officer who cares about keeping the community safe. He’s just a really good, hardworking officer, and we’re lucky to have him,” praised Chief Strong. 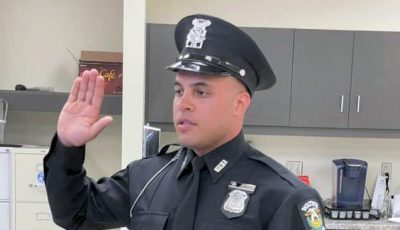