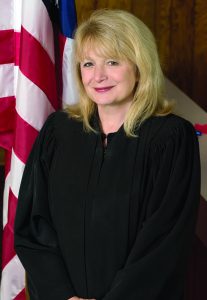 By Carolyn Marnon – After 15 years on the bench serving the people of Wayne, 29th District Court Judge Laura Mack has retired effective March 1.
Judge Mack was appointed to the bench by Governor Jennifer Granholm on January 12, 2004 to replace Judge Carolyn Archbold who retired at the end of 2003.  In 2004, the voters affirmed Judge Mack at the polls to serve the remainder of Judge Archbold’s term that ended in 2006. In 2006,  Judge Mack was elected to a full six-year term followed by re-elections in 2012 and 2018.
“Because I am in the middle of my term,” Judge Mack explained, “Governor Whitmer will appoint my replacement. Any replacement must be a lawyer in good standing who lives in Wayne and who has at least five years of experience as a lawyer. That person would then be required to be on the ballot in 2020 to be affirmed by the voters. If elected in November, my replacement would serve until the end of my current term, 2024.”
Although she is retiring, Judge Mack does not plan to relax. She is a director of Families Against Narcotics NW Wayne Chapter, the Wayne 100 Club and the Michigan Association of Treatment Court Professionals.  She  plans to maintain her memberships in the State-sponsored Mental Health Court Advisory Committee, the Wayne County Jail Diversion project, the Michigan Diversion Council Incompetent to Stand Trial Workgroup, the Wayne County District Judges Association and the Michigan District Judges Association.
She will also be available to serve as a visiting judge for local courts.  In July, she will take over as President of the Wayne Rotary Club.
“I am committed to ending stigma and helping people with substance use disorders and mental illnesses stay out of the criminal justice system by securing the treatment they need.  My husband, Milt Mack, is also deeply committed to this ideal.  Milt is on a task force with state court administrators, chief justices and community mental health professionals throughout the country to re-write civil commitment and forensic laws to more effectively and humanely deal with people suffering from mental illness in the court systems.  As a district court judge with 16 years of experience, I have valuable insights into these problems, and I am looking forward to assisting and traveling with my husband.”
“I also plan to volunteer my time to help mental health courts throughout the state,” she says, “including the Western Wayne County Regional Behavioral Treatment Court that I started at the 29th District Court 6 years ago. It is very important to me that the treatment court continues. I would also help my successor continue the other programs I started, such as the Truancy Diversion Program, the Eviction Diversion Program, juvenile jurisdiction, the Teen Court program, Law Day and Constitution Day activities at local schools, and the informal internship program.”
Until a replacement judge has been named by Governor Whitmer for the 29th District, the court is using visiting judges.
“It’s been a pleasure serving the people of Wayne for over 16 years, says Judge Mack, “and I am looking forward to the next chapter.”
And what will she do in her spare time? “I am also looking forward to exercising regularly and learning yoga!” 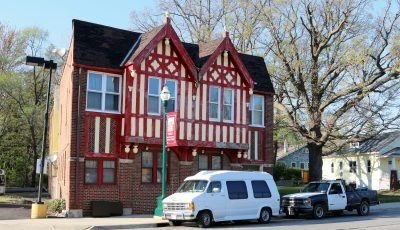