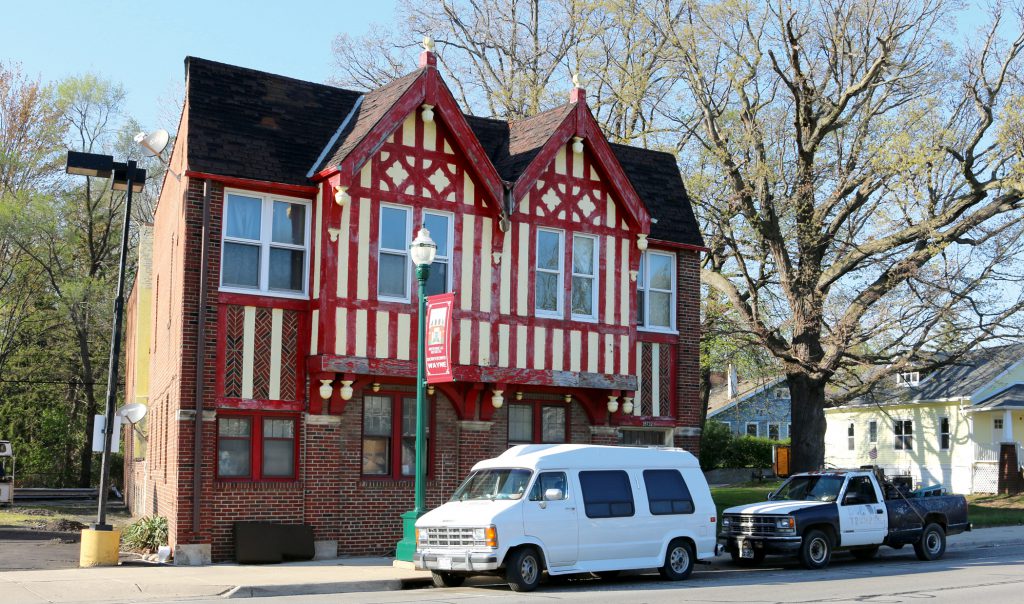 The apartment complex on W. Michigan Ave. has been declared unsafe for human occupancy or use.

By Carolyn Marnon – “Danger: This structure is declared unsafe for human occupancy or use.” This is the red sign visible on the doors of the apartments located at 35732 and 35736 W. Michigan Ave. You might know the building-it’s the Tudor Revival that might remind you of a Bavarian inn when you drive by located next to Kurt’s Caps in downtown Wayne.
The building was built in 1929 and was billed as Wayne Inn, a restaurant and dance hall. Information from the Wayne Historical Society indicates it is unknown whether it ever opened as the depression hit soon after.
The so-called slumlord issue got local news coverage by Local 4 News and ClickonDetroit when Hank Winchester of “Help Me Hank” stepped in. In speaking with Ajit Subnani after his court appearance, Mr. Subnani tells Hank “The building is so good.” He also goes on to say, “It’s a beautiful building. I’m the one who’s helping the whole world.”
According to residents, the building has no working smoke alarms, the floors are spongey, the ceiling has leaks, there is white mold in the basement, cracked walls, illegal electricity work, water damage and bed bugs. It is unknown whether these same conditions exist in Mr. Subnani’s own home in Rochester Hills.
The building came to the attention of Mike Buiten, Director of Buildings, Engineering and Ordinance and Building Official Larry Wegrzyn last month when the situation was reported to them by a tenant. Three tenants then responded officially by submitting a written report to the City. Mr. Buiten says there is a long list of violations, especially structural issues. City Attorney Breeda O’Leary told the Court recently “The fire department has informed me that the building is too unsafe for a firefighter to enter in the event of a fire.”
Mr. Subnani was taken to court by the City to address the unsafe conditions of the building he rents out to mostly low-income residents. Judge Laura Mack had Mr. Subnani placed in jail. He agreed to refund the deposit money the residents had paid and was released from jail. The money was given to the Court which distributed it to the residents.
Mr. Buiten hopes the building can be restored. Mr. Subnani was supposed to meet with a structural engineer on May 3. The city is allowing Mr. Subnani all options to making the building safe to repair and to have occupancy in.
An anonymous group of individuals in Wayne stepped up to provide additional funds to the tenants to assist them in moving to new homes.