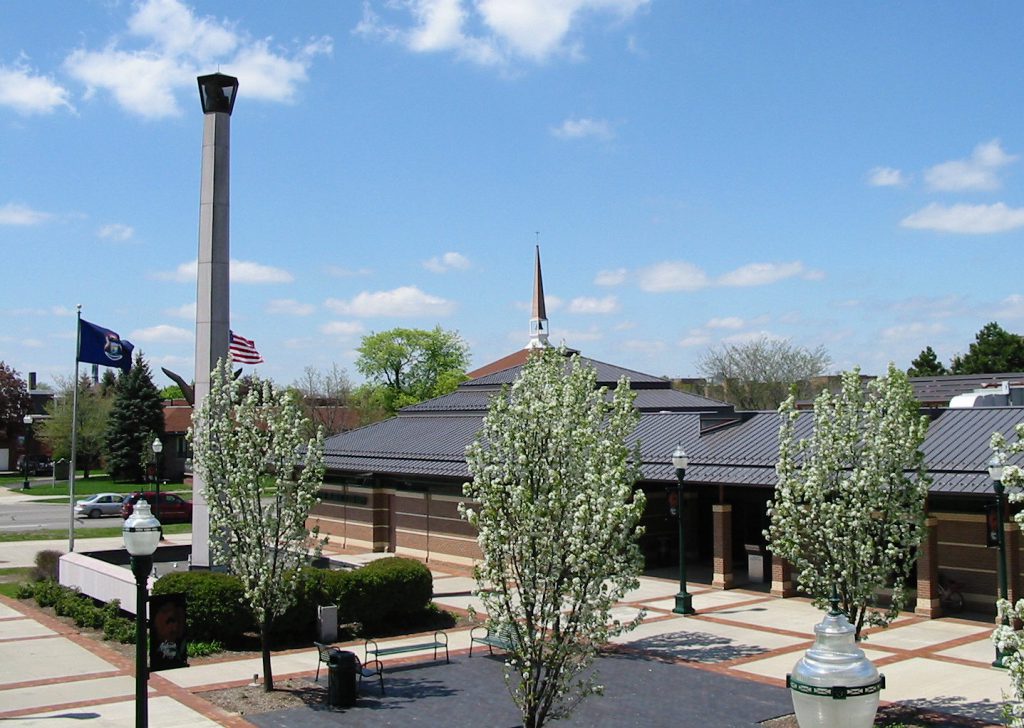 By Carolyn Marnon – Citizens to Restore Wayne’s Library have been working tirelessly to inform the residents of Wayne about the one mill increase they are requesting voters to approve on August 7 in the primary election that would provide additional funding for the Wayne library.
Currently, the Wayne Public Library receives its funding from the one mill it is allowed without a vote along with variable private donations, state aid and penal fines. That current mill is worth approximately $350,000. That might sound like a lot to some, but it is far from what is needed to keep the library operating at a reasonable level. In the 22 years that the library has been in its current building, the public has never been asked for a library millage increase. When it opened in the late 1990s, the one mill to run it was worth $795,000.
According to former Wayne library director Lois Van Stipdonk, the current library was built with no debt or bond issue. “The library board of the Wayne/Westland Library, comprised of 10 people: 5 from Wayne, 5 from Westland decided that they had outgrown the small building (the former WABC building on the corner of Wayne and Sims) and since Westland had grown so much, that they each needed a library building of their own. Senator William Faust from Westland had a bill passed which allocated state money to each of the communities to build their own libraries. The library boards separated and started their own projects. The Wayne Library hired an architect and the plans were well under way when I became the library director. The city allocated the land and provided much of the technical assistance. The money was primarily from a revenue sharing project of Wayne County, thanks to our State Rep. Thomas Kelly, LSCA funding which was a federal grant that had been granted and the State money. The library was built without incurring any debt and has remained debt free ever since.”
“I think the whole community was so proud of the new building when it opened; it is a lovely building, much more open and light with so much more to offer: more books, computers for the public, a room for meetings, a room for programs and some storage area, which we did not have in the old building. The opening day was magical with people coming and going all day to take a look and share their pride. We were also able to hire more professional staff and had people dedicated to selecting books and planning programs for all ages. The architect hired a professional architectural photographer to take pictures of the new library and we were featured in a special architectural issue of Library Journal. How wonderful to be selected from libraries all over the country. A picture of the issue hangs in the periodical area of the library. Our circulation really shot up, and we were busy as could be. We also have the use of the parking structure which not everyone loves but provides us with all the parking needs we can use,” says Lois.
Yes, those were the good ol’ days of the Wayne Public Library. Today, the days are not so good. There is no budget for new circulating materials-books, CDs, DVDs. Hours the library is open have been significantly reduced. The library has aged and thus there are issues like a leaking roof to deal with.
As a city library (established under Section 1 of the City, Village and Township Libraries Act, 1877 PA 164, the City of Wayne has the authority to levy up to one mill annually to fund the library. That mill is not money for the city budget. The city does collect the mill, but it is then given to the library. PA 164 also permits the city to levy one additional mill for library service if approved by the voters. The August 7 ballot proposal will request one mill for ten years (2018-2027) to provide funds for operating, maintaining and equipping the Wayne Public Library. If approved, it is estimated the city will collect an additional $334,000 or so for the library. It is important to note that the millage does not provide funds for the city. The funds are only for the library. The city’s only role is to collect the funds and turn them over to the library to be spent only by the library administration.
If approved, the library plans to restore as many hours as possible, to restore books, CDs, DVDs, to restore adult and youth programs and services. Library patrons commonly complain that the library is not open often enough or long enough. Hours were reduced from 58 to 31 each week.
With the millage, the library would be able to restore hours so that it is open 10:00 a.m.-8:00 p.m. Monday through Thursday and 10:00 a.m.-5:00 p.m. Friday and Saturday.

In addition to reduced hours and no budget for new materials, the library needs roof repairs (there are two holes where water leaks in) and electrical work.

If the millage passes the average cost to a Wayne homeowner will be $2.83 per month.
Is increasing hours, more books and more programs at your library worth it?
Only you know the answer to that question.