In a 7-0 vote city council agreed to hire a budget consultant to help prepare the 2014-15 city budget. Vincent Pastue will assist Interim City Manager Ramzi El-Gharib with preparing the budget and making decisions on how to eliminate the estimated $2 million budget deficit.
Pastue met with the council subcommittee of Jim Hawley, Jim Henley and Skip Monit. 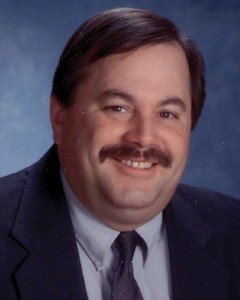 “Everyone felt very comfortable with him and his scope of work is fairly results oriented,” Hawley said.
Pastue is currently the city manager in Farmington.
“A lot of our decision is based on the fact that our current acting city manager expressed concern with dealing with current budget,” Monit said.
So council decided to take the advice of Bill Kostiuk who is helping the city with the search for a new city manager. He suggested Pastue.
Pastue’s contract is until June 30, 2014. He will be paid $75 an hour and his compensation will not exceed $15,000.
“I am very confident he could do the job for us and not burden Ramzi or a new city manager,” Monit said.
Pastue said, “I look forward to working with Ramzi and rest of staff. I know there are a lot of challenges ahead.”
Wayne resident Ron Roberts asked if Pastue is going to take the role of city manager.
“No he is strictly here to help us with the budget,” Mayor Al Haidous said.
After the finance department presents the city’s revenues and expenditures for 2014-15 Pastue will assist El-Gharib in going line by line and deciding what has to be cut.
Pastue will meet with each department head to discuss the existing budget and get familiar with the department’s operation. He will also meet with city council members individually to discuss their assessment of the financial challenges and understand their priorities.
He will prepare a three-year forecast model for the General Fund.  He will present the proposed budget to the city council on April 15.