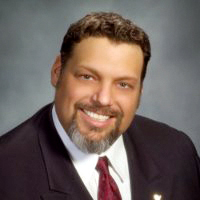 By Carolyn Marnon – Kevin Dowd was chosen by the City Council at the June 5 council meeting to fulfill the 5-months remaining on the council seat vacated when Councilman Jeremiah Webster was elected to take over the seat of recalled Councilman Christopher Sanders last month.
The City Council interviewed four applicants for the position, including Michael Wilson II, Len Fisher, and Eric Cleereman.
Kevin has been a resident of Wayne for 19 years and grew up in this area. After the council meeting, Kevin expressed his delight at being chosen. He said he is enthusiastic to learn the process of city council operations, the constituency in Wayne and working with his neighbors on a different level. He is hoping for a positive and perhaps a long-term experience depending on the outcome of the November election.
Kevin says the first thing he is going to do as councilman is learn and understand the process of city government as it relates to his position. He is especially interested in the financial situation of the city and what part he can play in making improvements.
The swearing-in ceremony for Kevin Dowd will be at the June 19 city council meeting at 8:00 p.m. at City Hall.

A time to celebrate freedom