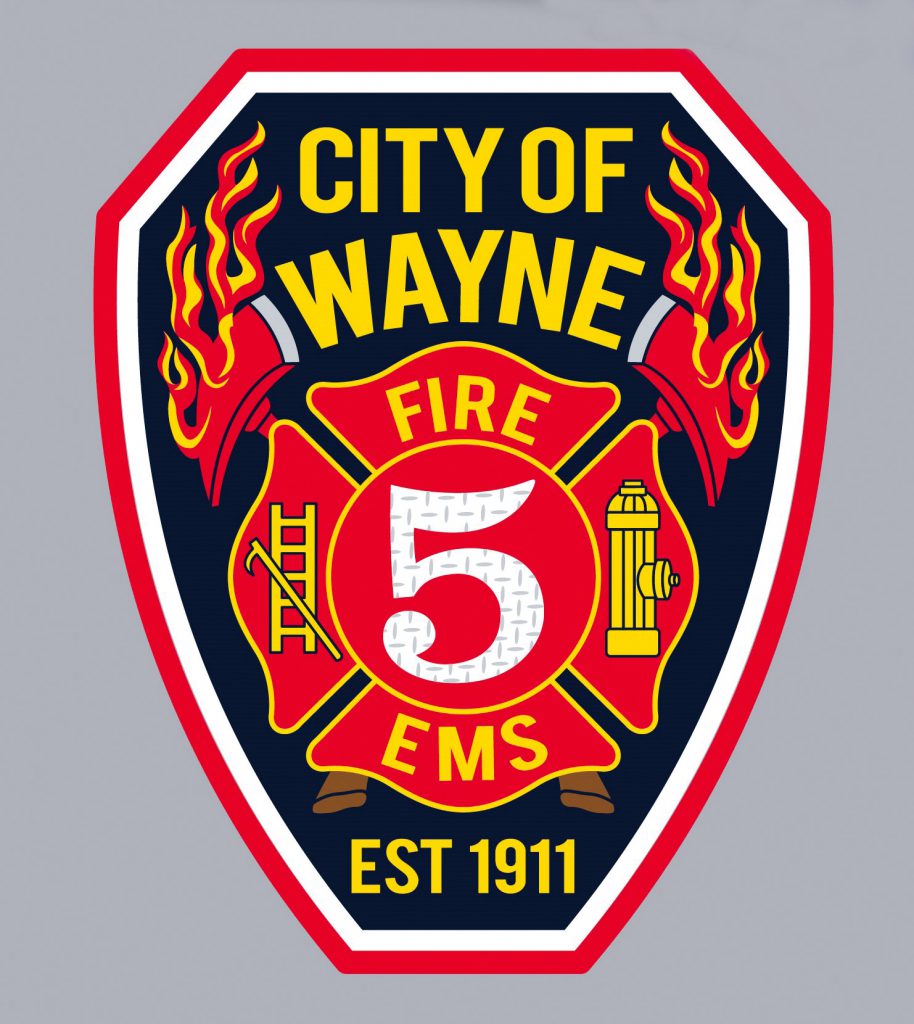 By Carolyn Marnon – COVID-19 has had numerous effects on the Wayne Fire Department. The most notable effect is that 50% of the department’s staff is out of commission due to the virus.
The remaining staff has been spending their days disinfecting areas throughout the station as well as the equipment, wearing masks 24 hours a day while at work and preparing for 911 calls that involve multiple layers of personal protection equipment.
Even though there are only seven active working firefighters, the department has not changed how the shifts are organized, but it has created the need for overtime to replace the missing numbers. The Wayne department is utilizing their mutual aid agreements with local communities, but they are not staffing the station with any outside fire fighters.
Has the community done anything special for the fire department?  There’s been “a tremendous amount of donations which has been wonderful,” said Deputy Chief Jeremie Schneider. “The support has been great from the community and really from all of southeast Michigan.  Different organizations put together by citizens that don’t reside in Wayne.” Deputy Chief Schneider also mentioned Little Caesars Pizza’s corporate office reached out to the department, as well as Livonia, Canton and some downriver restaurants.
The department appreciates all the meals that have been provided to them. If you would like to donate to the fire department, Deputy Chief Schneider emphasizes that they can only accept store-bought or restaurant-bought food. Homemade food items cannot be accepted.  The department will gratefully accept gift cards to grocery stores. Please call the station at 734-722-1111 to make arrangements for a good day to organize a meal donation.
The pandemic is “is putting quite a strain on the City of Wayne fire department,” explained Deputy Chief Schneider. “Our call volumes have increased. That adds to fatigue, stress and more hours each individual fire fighter is required to work due to the shortage of fire fighters that are being quarantined.”
Run times in answering a 911 call are affected greatly due to transportation times to hospitals outside of Wayne and the decontamination process that follows each call.  Rescue workers will begin decontaminating with a rapid cleaning of the passenger compartment while they are still at the hospital. As soon as they return to the station, they deep clean the passenger compartment along with themselves.  It can take anywhere from 1 ½ -2 hours to transport someone and put the rescue vehicle back into service. Since the COVID-19 pandemic, the department was able to put a 2nd vehicle into service but now due to half the staff in quarantine, the department has been unable to staff the 2nd vehicle and is currently running one rescue and one fire engine.