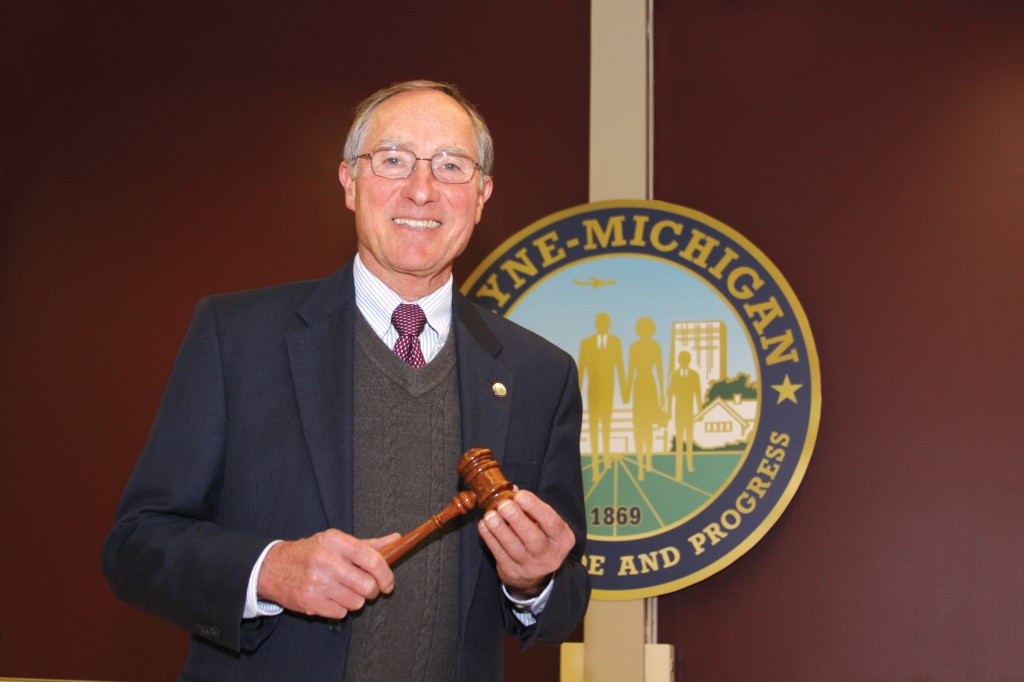 By Jenny Johnson – Mayor Al Haidous presided over his last city council meeting on Nov. 18. He officially resigned to move on to his new job as Wayne County Commissioner for District 11
In his resignation letter Haidous wrote, “ It has been an honor and privilege to serve this fine city and its citizens. It has been an amazing journey and I have thoroughly enjoyed every moment of it.”
A reception was held for Haidous before the meeting. He was presented with resolutions from the Wayne-Westland Fire Authority, State Representative Robert Kosowski and received a standing ovation from the crowd of residents, family and former city officials.
He told the crowd, “After the election in 1993 I started by thanking the citizens of Wayne for the trust they have given me. It is how I am going to end my political career by thanking citizens for the citizens have been the main energy and power.”
Haidous wished luck to the city council, city manager and staff.
“The infrastructure of city is strong but the economy is tough,” he said. “This is not goodbye but I will see you later. I am still going to serve this great community. With great honor I will pass the gavel to the mayor pro tem and wish him the best of luck.”
In a 6-0 vote James Hawley was elected the new mayor.
Councilman Skip Monit made the motion.
“The upcoming months are going to be very crucial to City of Wayne and we will need council to be unified to do what needs to be done to make sure we continue on the right track,” Monit said.
“Thank you I appreciate that and really appreciate the support of city council. We are going to move the city forward and continue with progress of the city,” Hawley said. “We are up to the task and we are going to get the job done.”
In a 4-2 vote Skip Monit was elected the new Mayor Pro Tem.
The council now has 30 days to appoint a new city council member to replace James Hawley’s term. Letter of interest can be submitted by 4:30 p.m. on Dec. 8 to the City Clerk’s Office, 3355 S. Wayne Road, Wayne, MI 48184.
To be considered for the council position, candidates must be registered voters and not in arrears to the City (taxes, water, fines, etc…).