Mayor and businessman seeking to represent you 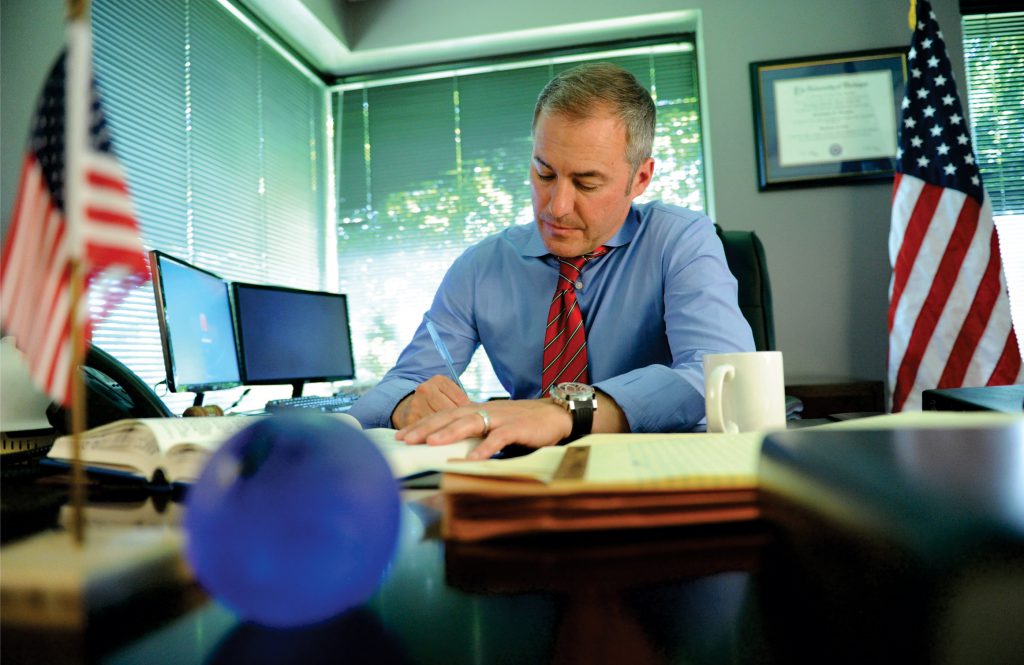 By Carolyn Marnon – Michigan’s 13th Congressional district, which includes the City of Wayne, “is home to three stadiums, two casinos, two major hospital systems, a major university, a robust community college system, our international airport, and many world-class cultural institutions. Yet, it is the second poorest in the nation!” according to the Bill Wild for Congress website. The only Congressional district that is poorer, says Wayne business owner, Westland Mayor and congressional candidate Bill Wild, is The Bronx, NY.
Bill Wild owns Scrap Busters, an auto recycling business in Wayne. As a Wayne business owner and having grown up on Currier St and in the Norwayne area, Bill is aware of the issues that plague the City of Wayne. His father was an auto worker at the Wayne Truck Assembly Plant. The elder Wild started an auto recycling business with Bill’s grandfather; it was called Bill Wild’s Auto Salvage. The business grew and eventually it was sold in the early 1980s. The business did not do well under the new owners and came back to Bill’s father in 1988. Bill’s father helped him restart the business as Scrap Busters. Bill bought out his dad in 2001. The business is still running strong 30 years later.
Other cities in the struggling 13th district include parts of Dearborn Heights and Detroit, and all of Ecorse, Garden City, Highland Park, Inkster, Melvindale, Redford Township, River Rouge, Romulus and Westland. Of the candidates running for the congressional office, only Bill Wild knows what the needs of Wayne and the surrounding areas are. “All these cities are hurting,” he says. He sees how the area needs help from the federal government for infrastructure development and public safety. “A hands-on congressperson can be a difference maker.”
Having served on the Westland planning commission, 6 years as a Westland city councilman, and now as Westland mayor for the last 11 years, Bill feels qualified to be your next congressman. “There is no better way to prepare for higher office than by being a full-time mayor. I brought Westland through the recession. I have the skill sets needed for the position (of congressman).”
Moving Westland through the recession and keeping the city fiscally solvent has been one of his biggest accomplishments as a mayor. He also cites making improvements to the Westland Farmer’s Market, the building of Westland’s new City Hall (which won the Michigan Municipal League’s 2015 Community Excellence Award for its big box retrofit), and the Jefferson-Barnes Community Vitality Center in Norwayne. 24/7 Wall St. named Westland one of the 50 best cities nationwide with a population under 100,000 to live in back in 2014.
If you consider all he was able to accomplish for the City of Westland as mayor, imagine what he could accomplish for the City of Wayne if he were to become your congressman. If elected, Bill wants to bring resources to the district. There is $1.9 trillion available for infrastructure and starting on day one, he wants to bring a portion of that back for roads and sewer systems and also for broadband in areas of the district that don’t have it yet.
Bill Wild’s priorities would be cutting red tape and bringing federal resources back to the district, affordable health care with lower prescription drug costs, and access to jobs, economic opportunity (he’s a proponent of raising the minimum wage to $15 an hour) and fairness and equality for women.
“By growing up in Wayne and having a business in Wayne for the last 30 years and having been mayor, I have a better understanding of the needs of Wayne than any other candidate,” says Bill.
He wants to bridge that disconnect between all that the 13th district has to offer and being the second poorest district according to median income. He wants to bring opportunities to the people of the district that will raise the median income of the approximately 711,000 residents.
Please vote in the special primary election on August 7.
For more information about Bill Wild, visit his website at www.billwildforcongress.com or his Facebook page at www.facebook.com- /BillWild4Congress. 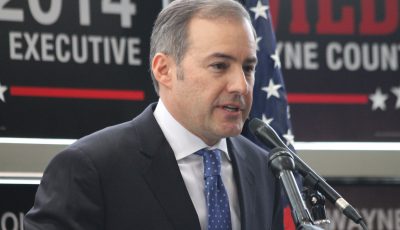