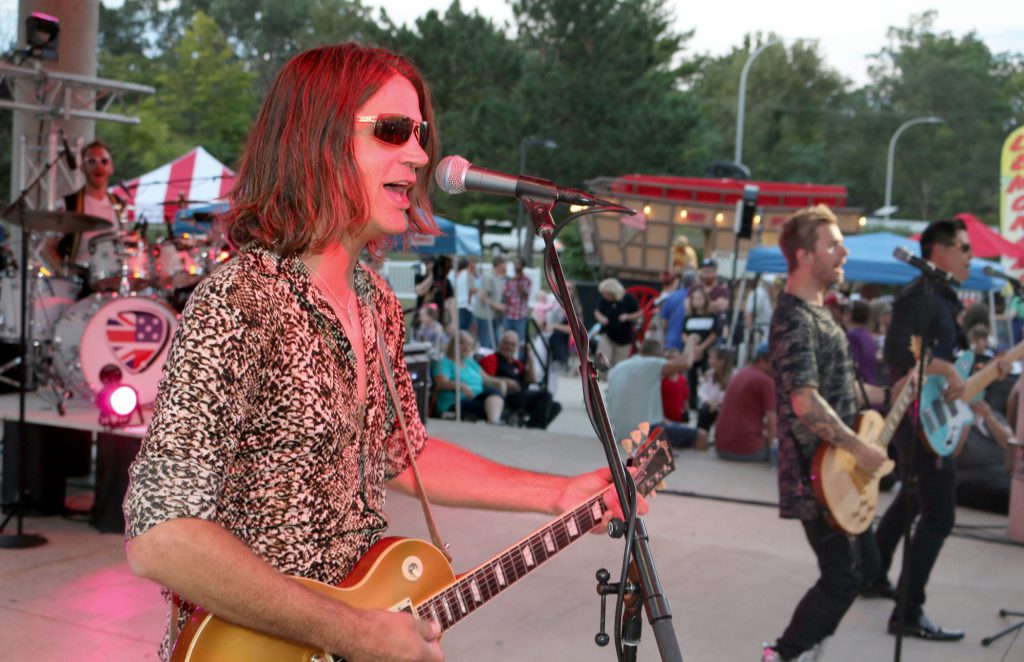 By Carolyn Marnon – With the warm days of summer come the sweet sounds of music from the Goudy Park Amphitheater on Wednesday nights. The Wayne Rotary announced the 2018 line up, so mark your calendar now so you don’t miss a chance to relax, have some snacks, meet with friends, and have a good time.
The concert series kicks off with the return of Steve King and the Dittilies for a special Friday night show during Wayne Downtown Days on July 13 from 7:30-10:00 p.m. Known as the Wayne Newton of Wayne County, Steve and his band perform classic rock and dance music. The band was cited as Michigan’s Official Band by the State of Michigan in 2002.
The Wednesday night shows start on July 18 at 7:30 p.m.
Whiskey Fixx brings their country sound to Wayne on July 18 when lead singer Heather Nicole leads drummer Aaron Christoff, lead guitarist Danny Justice and bass guitarist Jonny Appleseed for an evening of entertainment. Members of this band have opened for acts such as Lynyrd Skynyrd, Blake Shelton, Sawyer Brown and Brett Michaels.
Revisit the 80s with Square Pegz on July 25. Let Cassady, Ruby Red, Dirty Dan, Ray Ray and Carol D. take you back in time with their wicked pop sound.
Take “The Long and Winding Road” and “Come Together” with your neighbors to “Twist and Shout” to the “Revolution” that is Toppermost, the Beatles tribute band making a return visit to the stage in Wayne on August 1. “Ob-La-Di, Ob-La-Da,” “All You Need is Love.”
Back for another year is Wayne’s most popular Goudy Park band, Your Generation in Concert, featuring Wayne resident Jason Clark! Get to the park early on August 8 as the amphitheater fills quickly. Be careful if you choose to sit in front of the stage as it will soon be crowded with people dancing to the infectious music this band produces. The 8-piece band plays pop, rock, dance and R&B that will soon have you in front of the stage dancing and if not, perhaps you will just be dancing in your seat. Either way, this concert is one not to be missed.
Other August dates include:
August 15-Rockstar (Hair Band)
August 22-Magic Bus (60s, 70s and Woodstock)
August 29-Elevation (The International U2 tribute show)
Thanks to the many sponsors who have helped put this event together, including Beaumont Hospital Wayne, Mark Chevrolet and Wayne Westland Federal Credit Union.

Mayor and businessman seeking to represent you 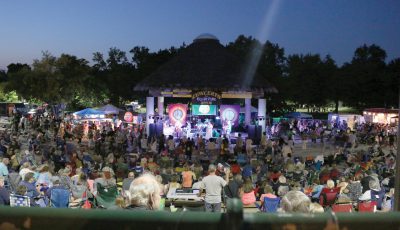 Your summer concert season has arrived! 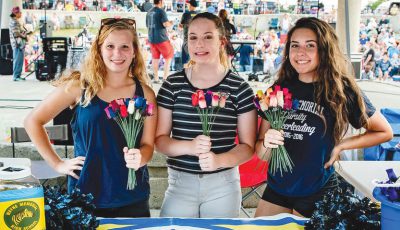 A rose by any other origin would be just as sweet 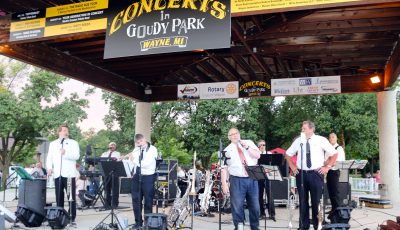