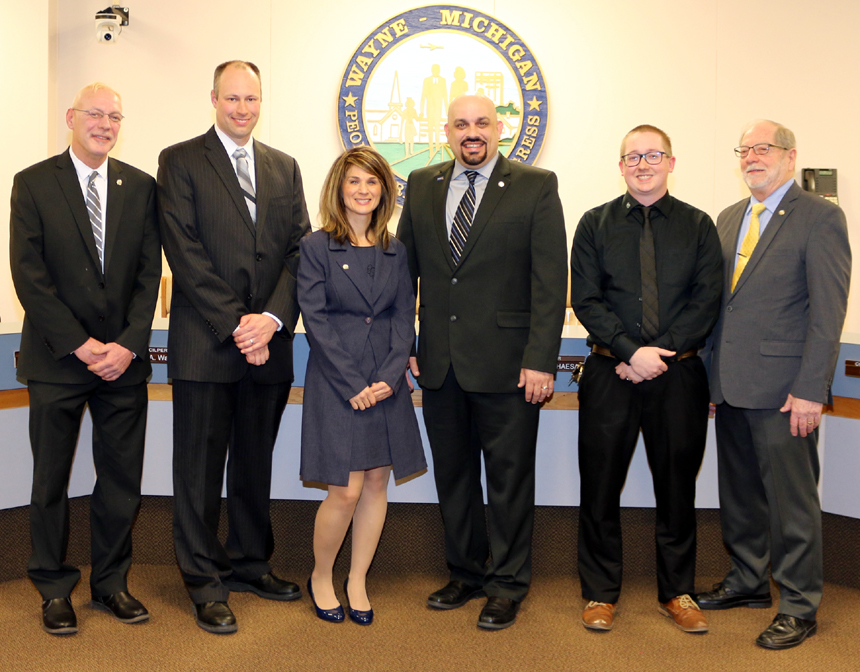 By Carolyn Marnon – Former city councilman John P. Rhaesa was sworn in as City of Wayne Mayor at the November 20 city council meeting. “I look forward to serving the city. I just want to see our city come back together and start getting back to work and have our council work together as a team and work with our administration to make Wayne a better place,” said Mayor Rhaesa to the audience. “We need more police officers, and we want more police officers in our city.” He concluded by saying, “It’s going to take the citizens to want to bring the city back. It’s something we’re all in or all out. We have to be all in together to make Wayne better. So if we can be all in, we can do this together.”
Councilman Anthony W. Miller was sworn in to serve his second term in office. “I hope we can find common ground, all of us. I find that it is important for us to find common ground. That we have now been elected to serve all and not a few. Thank you to the residents in this community for placing your trust in me and the honor of being able to serve you.”
New Councilwoman Kelly S. Skiff said, “I want to thank the voters for allowing me this opportunity to serve you in this way. I’m overwhelmed with gratitude, and I thank you.”
New Councilman Phillip A. Wagner added, “It’s exciting to be here. We have a lot of work ahead of us, but I am up to it.”
City council interviewed three applicants December 4 prior to the regularly scheduled city council meeting for the unexpired councilperson term of John P. Rhaesa. The city council voted 5-1 to approve former councilman Kevin Dowd to fulfill the Ward 2 council seat until November 9, 2020. Milton French and Keith Butkovich also applied for the position.| 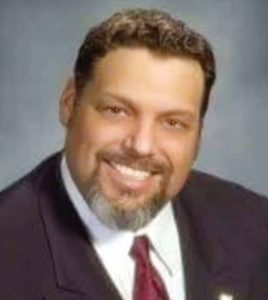 Kevin Dowd has been a Wayne resident for 19 years. He recently completed a six-month appointment after councilman Christopher Sanders was recalled. In that short time he says he was able to develop key relationships with the city management team and respective department heads as well as with the other council members. “Experience has taught me to always weigh both sides of the discussion before making critical decisions,” Kevin said in his letter requesting consideration for the open council position.
Mayor Pro-Tem Thomas E. Porter and Councilman Jeremiah Webster complete the sitting council.

Holiday Night, fun for everyone