By Tyler Moll – Did you know that for over 100 years there has been oil coursing under the ground on the west end of the city? Did you know that the oil that came through Wayne helped the US win WWI and WWII? Lets start at the beginning. In 1899 the company headquarters of Imperial Oil moved to Sarnia, Ontario where Standard Oil had a huge refinery. To supply this refinery, crude oil was brought in by ship across the great lakes, but this was slow and subject to interruption. In 1913 it was decided to build a direct pipeline to supply the refinery. The route was to be 155 miles from Sarnia to Cygnet, Ohio which at the time produced much of the U.S. oil. A six-inch wide pipe was laid at a cost of $1,000,000, and two pumping stations were built. One at Cygnet, and one halfway along the line at Wayne, Michigan. The Wayne pumping station was built in the summer of 1913 on the south side of the Michigan Central Railroad Tracks, west of the junction, along Treadwell. Several brick pumphouses and outbuildings were built, and a large pond was dug to provide fire protection. The pipeline opened February 25, 1914 and was the first pipeline to ever cross an international boundary. The oil from this line supplied a majority of the fuels used by the military during World War I and later World War II. By the 30s the pipeline was connected to more productive oil fields in Oklahoma over 1,000 miles away, and by 1939 the pipeline was pumping 23,000 barrels of oil per day to Sarnia. The Wayne pumping station had five-100 horsepower pumps to keep the oil flowing, and by 1954 was pumping 45,000 barrels per day. It is unclear when the original lines were replaced and improved, but Wayne is still a pumping station today on the original 1913 site. Today the pumping station is still at 4400 Treadwell road and is operated by Buckeye Pipeline. From Wayne two 12-inch lines run south to Toledo, and two 8-inch lines run north to Novi and Flint. In aerial views the original fire protection pond from 1913 is still visible on the site, though it looks like most of the buildings have been changed over time. 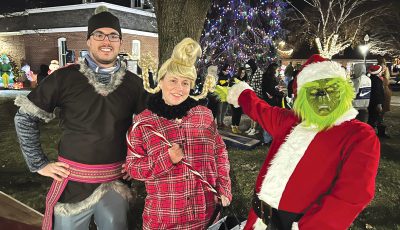 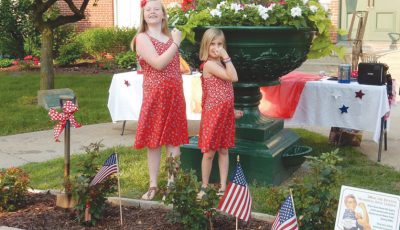