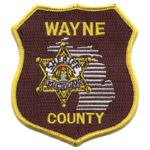 First/Lieutenant Michael Shaw of the Michigan State Police met with Wayne’s Police Chief Alan Maciag and agreed to provide troopers to the City beginning January 17. The troopers will be deployed Monday through Friday from 2:00 p.m. to 11:00 p.m. The dates and times are subject to change dependent on when crimes seem to be happening more. The patrols are at no cost to the city. They are a temporary solution until additional officers can be hired by the Wayne Police Department. MSP troopers will conduct patrols and do traffic enforcement. They will not answer calls to service; those will be handled by Wayne police officers.
MSP will be pro-active by policing high crime areas and narcotic activities.  They can also bring in a helicopter and canines, as needed. “We treat people the way we want to be treated” Lt. Mike Shaw said.  He also said Wayne does not have a violent crime issue like other areas the MSP usually goes into. He did say that bad guys talk, so the more they realize they are being watched, the more likely they are to move on to somewhere else.
Police Chief Alan Maciag held the most recent quarterly police community meeting on January 26. He announced the retirement of Lt. Matthew Spunar and the promotions of Sgt. Robert Amore and Sgt. Brent Cahill. To help Wayne, Wayne County will help with traffic enforcement and the Michigan State Police will be assisting.  Wayne is still actively recruiting police officers.
As of Jan. 26, there were 26 traffic crashes in Wayne, 5 residential burglaries, 2 other burglaries, 13 larcenies, 5 motor vehicle thefts, 3 robberies, 6 damage to property reports, 23 assaults (most of which are domestic violence) and no arsons.  In 2014 when there were about 26 officers, there were 16,679 calls for service.  In 2015, there were 16,597 calls for service. In 2016, with about 19-20 officers, there were 16,731 calls for service.  These calls do not include traffic stops.
To help prevent theft, lock your car, your house and close your garage doors, especially at night. “You’d be surprised how many people don’t lock their car doors,” said Chief Maciag. Thieves are going to take the easiest route-they walk down the street and pull on doors.