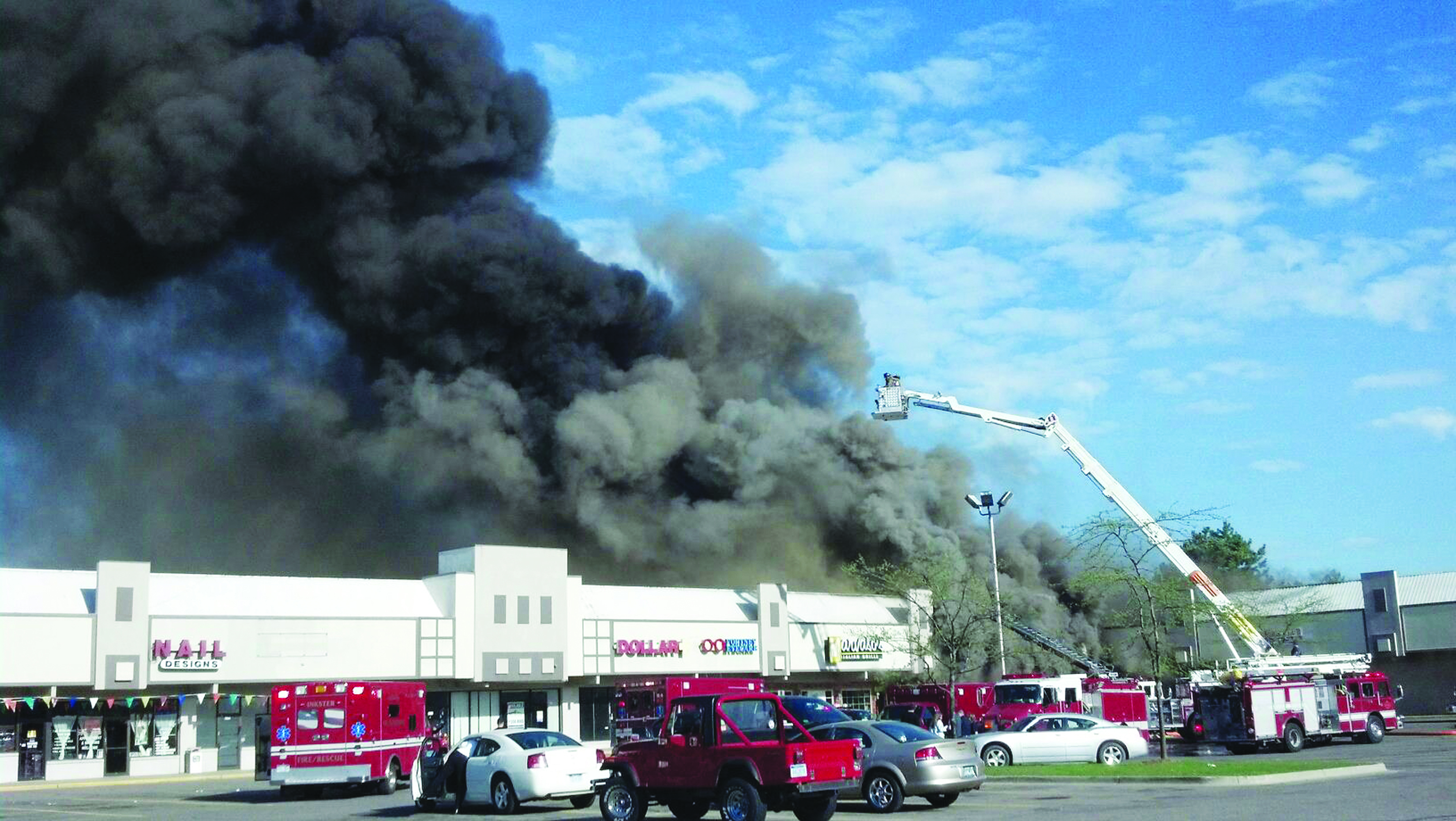 The Wayne Westland Fire Department and other local department working to put out the fire at Electric Stick and Marvaso’s Grille. Photo by Barb Hardy

Three search warrants were served in the investigation of the May 8 fire at Marvaso’s Restaurant that killed Wayne-Westland firefighter Brian Woehlke.
Last month the Wayne-Westland Fire Department ruled the fire an arson. That led to a homicide investigation by the Michigan State Police into Woehlke’s death. Woehlke, 29, was the first Wayne-Westland firefighter to be killed in the line of duty.
Woehlke joined the department in July 2012. He was married with a 13-month old daughter at the time of his death. Michigan State Police arrested one person on an unrelated misdemeanor charge while executing the search warrants.
Anyone with information is asked to call the Michigan State Police Special Investigations Section at (877) 616-4677. Tips can remain anonymous.
Federal authorities are offering a $5,000 reward for information resulting in the arrest of anyone involved with setting the fire.

Rex’s comes down to make room for McDonald’s downtown