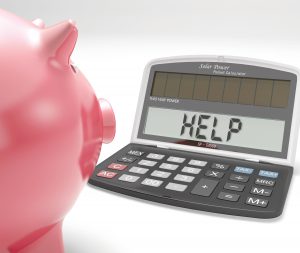 By Carolyn Marnon – The most recent budget meeting of the Wayne City Council was held Tuesday, February 28, at City Hall.  Although it is an open meeting, very few residents were in attendance.
The meeting started with an overview of upcoming water and sewer capital projects presented by Mike Buiten and Ed Queen. Buiten informed the council that Wayne starting having a water system in 1920 for fighting fires. In 1921, the system for potable water and sanitary sewer was put in. In the 1940s, sewers were placed east out towards Merriman Rd while the area out  west towards Hannan had sewers placed in the 1960s. He said a few areas are in bad condition now and need to be taken care of, indicating on a city map where those areas were.
Queen told the council that the state requires the city to clean and televise a certain amount of the sewer system each year. He presented a video of a camera following a cleaning machine through the sanitary sewer showing damage to pipes on Biddle, Clark and Laura. He explained how sliplining is the way to repair the damage. This is a process where a long tube is fed from one manhole to another manhole and then inflated.  A resin is then used to form a seal. By using this method, the road is not disturbed.
It was also mentioned that the city would not need to purchase a new Vactor sewer cleaning truck for a couple of years.
Brian Camiller of Plante Moran addressed the council on the city’s budget. He mentioned that the city had not done much in the way of forecasting revenues and expenses in the past so now the city is triaging their budget. Camiller said he doesn’t have a crystal ball to foresee situations with the budget for the next five years, but he did have 12 “very, very rough” and basic assumptions he used in making a five-year forecast. These included stipend as originally approved that replaces retiree healthcare; all pension multipliers for current employees reduced to 2.25 from 2.75 and 2.85, estimate a 20% reduction in contribution for 2018 and future increases at 7% per year; Fire Department Ladder Truck is sold; and Recreation Center is sold,  recreation debt services reduced by 33%. His Roll Forward Assumptions include property tax decline stops, annual increase of taxable value of 0.5% per year; state shared revenue increases 2% per year; all other budgeted revenues increase 1% per year; wage budget increases 1.5% per year; healthcare budget for active employees increases 8% per year; other budgeted insurances increase 3% per year; all other budgeted expenses increase 1% per year; and City will continue to spend 3.8% less than budgeted, consistent with the actual results for fiscal year 2016.
Although Wayne’s 2016-17 budget is in the hole $1.6 million (only $900,000 if the city spends 3.8% less than budgeted), Camiller believes the City would still have a fund balance in five years. He said he was very pleased with this as it tells him the City has been doing the right things. They are in charge of their own destiny, and if they keep their eye on the ball, they can get out.
A small group of city officials will be meeting with Ford soon to discuss tax abatement and other issues.
Tony Saunders, former Benton Harbor emergency manager, shared his observations and opinions with the council. He thought they had done some creative things so far. He noted that the OPEB (Other PostEmployment Benefits) per resident is rather large for a city of Wayne’s size and that he thought some of Camiller’s budget assumptions were too “rosy.” If things aren’t modified with health care and pensions, the city will be insolvent very quickly. City Manager Lisa Nocerini, when questioned by council, said the City was at a standstill with the retiree health representatives as they have not yet picked up their FOIA request.
The meeting wrapped up with Community Development Director Lori Gouin speaking about the Wayne Community Development Department and its functions including program and project management, CDBG (Community Development Block Grants) programs, public relations and marketing, the DDA (Downtown Development Authority) and economic development planning and strategies. She noted the partnership with Wayne Main Street has been wonderful, that there is now only one contact for new businesses (herself) and that there are weekly planning meetings.
The department has focused on business attraction and retention while streamlining the permit process.  There was $5.1 million invested/reinvested in Wayne in 2016 (including Arby’s, Wendy’s, Rizzo, Wayne Industries and Senior Alliance) and so far in 2017, $3.2 million. There are For Sale signs on city-owned commercial and residential properties. The next step is obtaining a commercial realtor through an RFP (Request for Proposal).
The property which used to house Save-a-lot and Salvation Army on Michigan Avenue and Second has been bought by the owner of the Dorsey Schools. He is planning to white-box the interior to prepare for future tenants. There are no other specific plans for the building at this time.
Gouin said the City needs to take steps to become a Redevelopment Ready City. There is a lot of work that is involved with this process including reviewing zoning, ordinances and the master plan.
City Hall and the Wayne Historical Museum were recently appraised for sale. The HYPE building will be next.
The next budget session meeting will be the last Tuesday of the month, March 28, 7:00 p.m. at City Hall. All are encouraged to attend to learn more.  The planned topic will be what the City departments are looking for in the budget.

Karma is back with great food menu