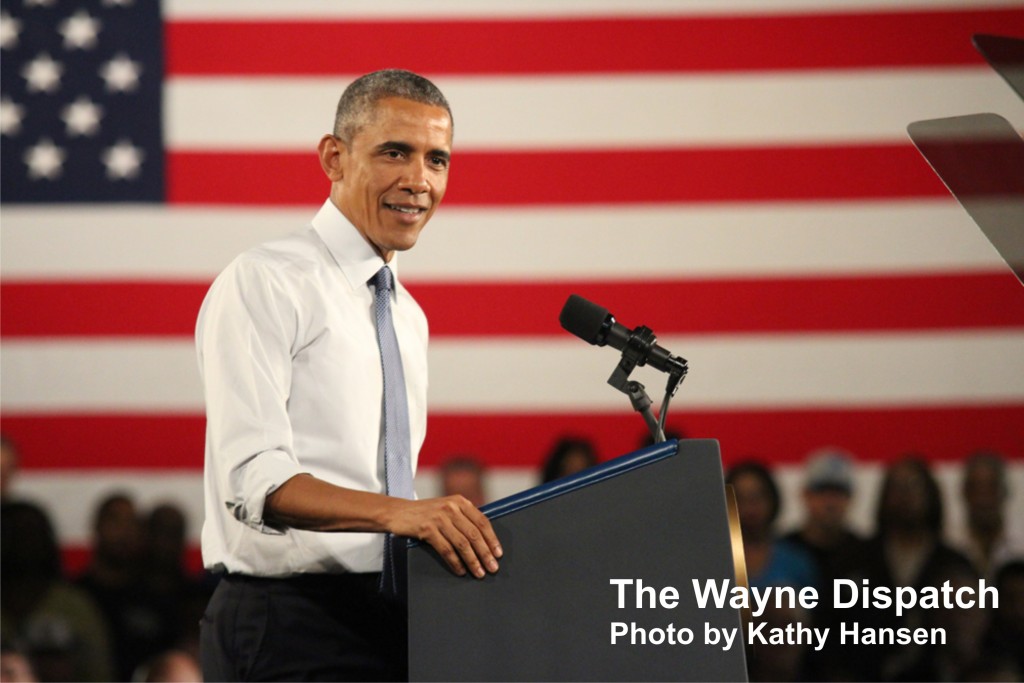 By Jenny Johnson – President Barack Obama visited the Ford Michigan Assembly Plant in Wayne on Jan. 7.
This visit was his first stop on a three-city tour that will highlight proposals that will be included in his Jan. 20 State of the Union address. Building on the progress that has been made is the theme of his address this year.
While in Wayne he talked about the government’s efforts to help the automotive industry and the progress that has been made in the past six years. President George W. Bush initiated the auto bailout plan before he left office but President Obama’s administration approved about $80 billion in financing to help General Motors and Chrysler.
The year before Obama took office he said one in five auto- workers were pink slipped as car sales plunged 40% and 400,000 jobs vanished in the auto industry.
“This state proves no matter how tough times get Americans are tough,” he said.
But today he said the government’s intervention in the auto industry officially came to an end last month when the car industry finished paying back “every dime and more” of the money they received in the bailout. Ford Motor was the only auto company to not accept a bailout.
“Detroit always comes back and that is why I am here today. One of my New Year’s resolutions is to make sure more Americans in Wayne and in Michigan and all across the nation feel like they are coming back,” said President Barack Obama.
He said it is because of the steps his administration took early on that Americans are able to enter into the new year with confidence that American is coming back.
“It was not popular to make the decision to bail out the auto industry,” Obama said. Even in Michigan there was only about a 10% approval rating.
“I ran to do the right thing and saving the American auto industry was the right thing to do and that bet has paid off for America because the American auto industry is back,” he said.
Last year was the strongest year job growth since 1990s, Obama said. Since 2010 America has put more people back to work than Europe, Japan and other advanced economies combined.
“And leading the way is American manufacturing,” he said. “We are making more stuff and we are selling it around the world.”
The past six years have been tough and have demanded hard work and sacrifice.
“You guys know that more than any,” he said to the crowd of Ford employees at Michigan Assembly plant. “The point is we are moving. America’s resurgence is real.”
“You are helping rebuild the 21st century for middle class America,” he said.
This was the president’s third stop in Michigan in the past year.
After the President’s speech State Respresentative Robert Kosowski stated, “What a truly great day for the City of Wayne. To have President Obama at the Wayne Ford Assembly Plant was totally amazing and his speech was not only memorable but so inspirational.  I was moved from the first word.”
The Michigan Assembly Plant first opened in 1957 and manufactured the station wagon, Ford Bronco, Ford F-Series, Expedition and Lincoln Navigator. Today they manufacture the gas-powered, battery electric, hybrid and plug in hybrid model of the Ford Focus. 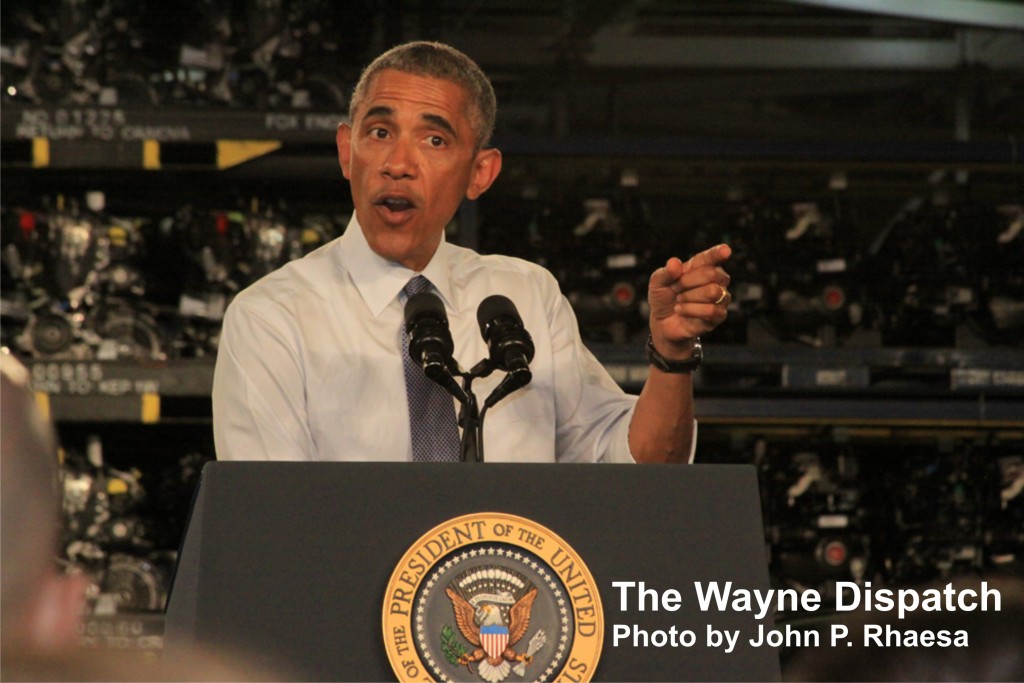 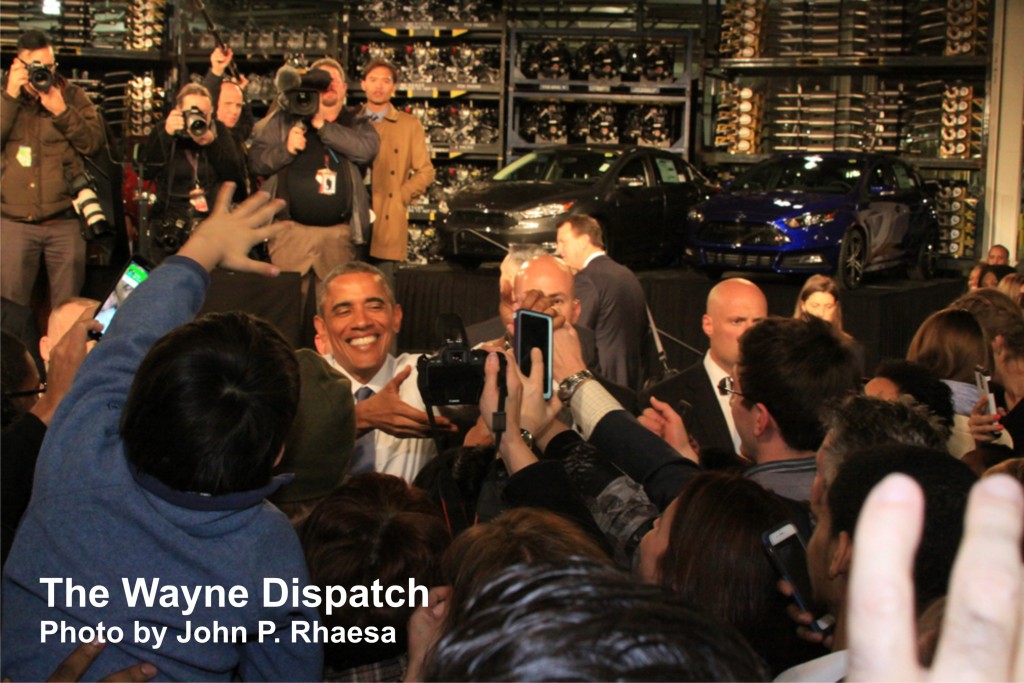 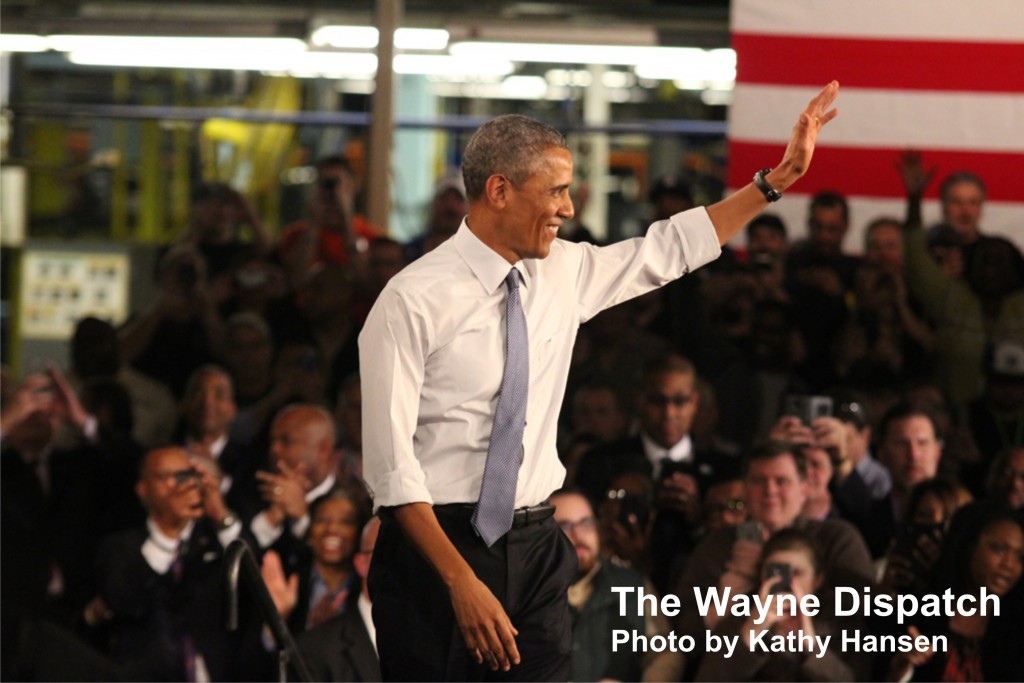