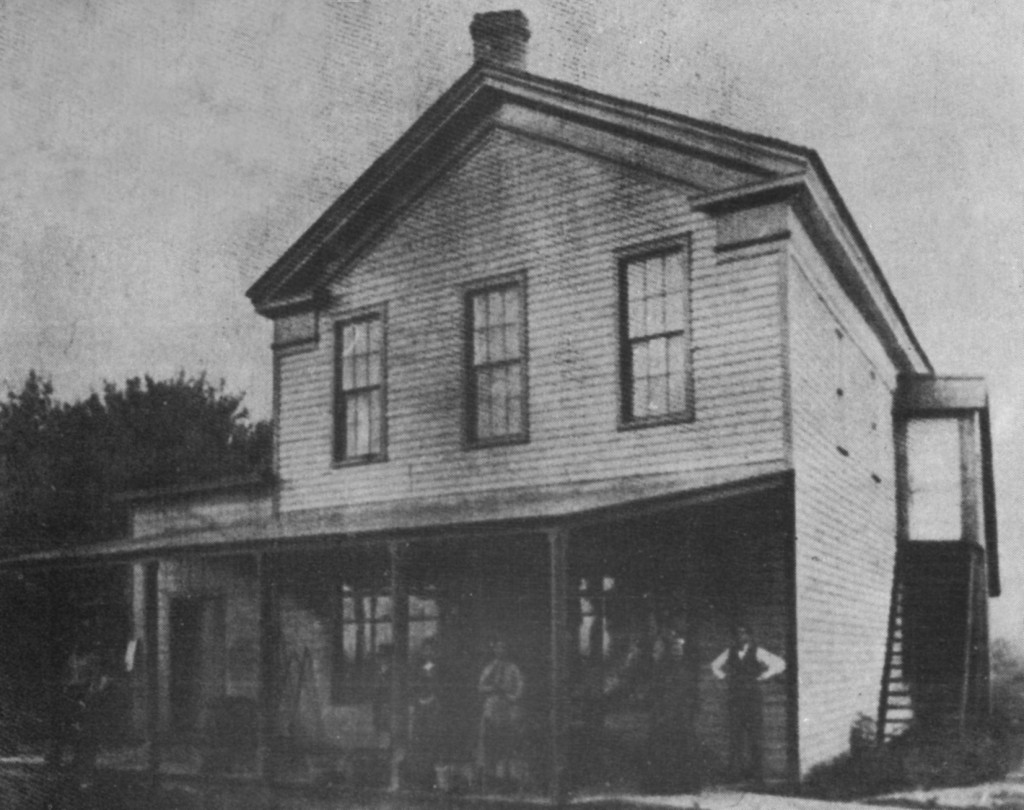 J.D. Bunting’s General store was built around 1840 and was a long time landmark in Wayne until it burned in 1907. People came from far and wide to purchase everything from flour and wood to paint and ribbons.

The Farmer’s Store was built in 1848 by Williams Steers but John C. Stellwagen purchased it in 1880 and ran the business until he took on a partner, Antony (Tony) Snyder, in 1907. They were in business in Wayne for many years. The building was demolished in 1960 during urban renewal.

By Darlene Hawley – Now that Christmas is over we can sit back and relax (collapse) and ponder this holiday season.  The commercial part of the season is a little overwhelming, but the time spent with family and friends is priceless along with enjoying long time family traditions and making time to attend services where we can celebrate the true meaning of Christmas.  What leads up to this holiday is not for the faint of heart.  Shopping for the perfect gift (or gifts) for each person on your list, planning menus and purchasing food for holiday dinners, baking and frosting, wrapping and decorating (inside and out) cooking and cleaning all make for a hectic and sometimes frantic period of time before the big day!!!  But the good news is, in today’s world we have plenty of resources to pull this off!  We have every type of store you can imagine in which to purchase every type of gift you wish to give.  The malls have it all with individual stores of all kinds, large and small selling items like make-up, hats, perfume, jeans, candy, toys, jewelry crafts, etc.  They also have the large department stores with everything under one roof.  Or you can shop the self- standing stores such as Meijer or Walmart who carry everything including food.  On top of that, today we can order by phone or go online, order from various companies and have goods delivered to our door!!
Life was different in early Wayne.  In the mid 1800’s our little settlement was beginning to grow into a farming community and most of the items needed by people of that time were grown on the farm, made on the farm, ordered in a catalogue or obtained by traveling by horse or buggy to Detroit to purchase.  The first store in the area was built by Ezra Derby in 1832 soon after he built his saw mill on the banks of the Rouge River on what is now Wayne Road about where the bridge is today.   Another early store was built by John J. Wright around 1840 soon after the Michigan Central Railroad built tracks through Wayne.  This dry goods store became a landmark in the area for many years.  Mr. Wright hired Jacob D. Bunting (an old family name in Wayne) to work for him.  Mr. Bunting had come to Wayne from Pennsylvania and was working for the railroad when he left that position to become a clerk for Mr. Wright and he eventually took over the running of the store in 1852.  This general store carried a wide variety of merchandise including dishes, paints, dry goods, and drugs as well as groceries.  Also, the post office was housed in the store.  Later, Mr. Bunting’s son John took over management of the store and operated it until 1907 when it burned down.  Many old time residents told stories of receiving a bag of candy when their weekly bill was paid off.  One can imagine all of the people in the area Christmas shopping at this early store to find that special gift for a loved one.  Most gifts in those days were handmade but a “store bought” ribbon for a little girl or a bag of marbles for a boy or a piece of material for mother, were all prized possessions.
Competition came to the Bunting Dry Goods Store around 1848 when William Steers (a well known businessman in those days) built The Farmer’s Store.  It was located on the corner of Monroe and Brush Streets.  They sold, “Dry Goods, Groceries, Ladies and Gents Furnishings, Crockery Sewer Pipes, Barrel Salt, Etc., Etc.”  (Etc. was almost always a part of the advertisement of the General Store because they sold such a variety and number of items.  George Bell, Corlett & Hastings and others ran the store for short periods until it was purchased by John C. Stellwagen (an old family name in Wayne) around 1880.  Tony Snyder went to work for Mr. Stellwagen when he was 15 years old and became a partner in 1907.  The Farmer’s Store building remained in existence until 1960.  Some records indicate the Weyand Brother’s Poultry Market was the last business to use the building before it was demolished during urban renewal.
“Shopping” long ago was quite different from today.  But when you read the history of our ancestors and early settlers, you find that they celebrated Christmas in much the same way we do.  They attended the young churches that were forming in the mid 1840’s, such as the Methodist and Congregational churches, which are still active today.
They shopped at Bunting’s General Store or The Farmer’s Store for gifts or crafted handmade gifts for each other.  They decorated for the holidays, cooked special foods, enjoyed family traditions and spent time with family and friends, making wonderful memories, just as we do today!
(Watch for future articles in “Memory Lane” which will feature stores in our community that have serviced our residents for many years and are still in operation.) 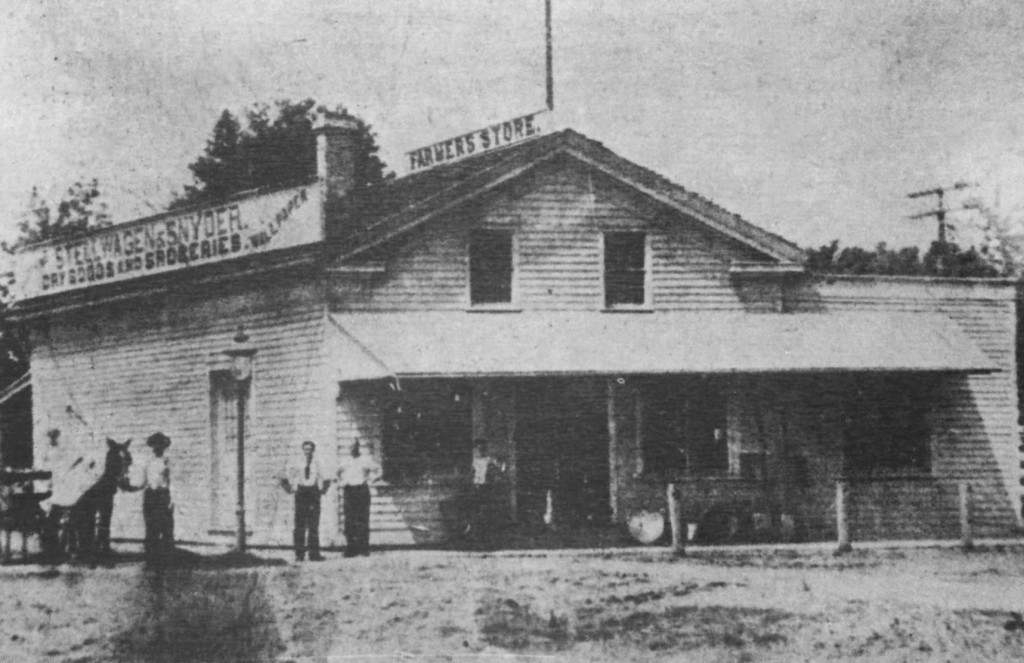 The Farmer’s Store was built in 1848 by Williams Steers but John C. Stellwagen purchased it in 1880 and ran the business until he took on a partner, Antony (Tony) Snyder, in 1907. They were in business in Wayne for many years. The building was demolished in 1960 during urban renewal.

Highlights of what’s happening in Lansing