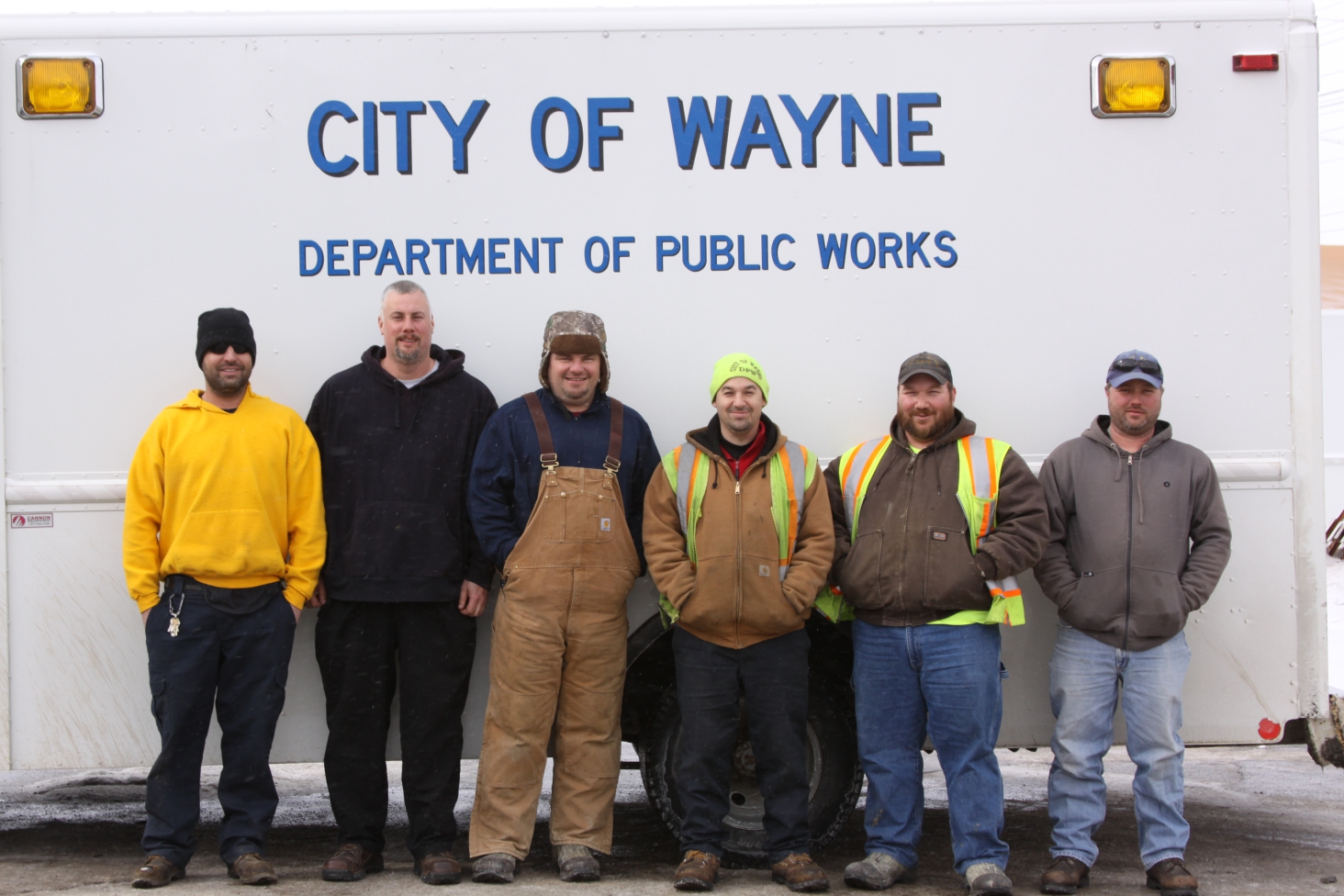 Dee Ryan – Join me in praising the unsung heroes of Wayne’s DPW.  Their names are: Mike Britton,  Steve Curley, Brian Smith, Craig Krzeninski, Chuck Hannah and Mike Schuell.
On Monday, February 16, a day you’ll remember that was bitterly cold with temps below zero, this gang of six were repairing a water main break.  They tackled the job at Annapolis and Chamberlain, only to have another break in the system at Clinton and Chamberlain.
Battling the brutal cold, they did their job and did it well.  Our neighborhood had water.
Thanks for your hard work and dedication.  Thanks also to Patti Ditmar and Mary Lindsay for providing this information.

Our new Garden Club Books are here and they look great.  They were beautifully done by Carolyn Marnon.  It’s a lot of work putting the books together and we thank you Carolyn.
Our first program will be on March 11.  The guest speaker will be Gerald Wykes—his subject “A Weed goes to War.”  What? I asked.  The Club’s Co Vice President, Ruth Wenzel, explains that the lowly Milkweed was used to great advantage during World War Two.
The program will be at the Library at 12:30.  Please know that everyone is welcome to attend this or any of our programs, some of which include trips to Frederik Meijer Gardens and Sculpture Park, and Cranbrook Gardens. In fall we’ll have a return trip to the “Mums the Word” gardens.  This year’s  Wayne Garden Walk—“Thru the Garden Gate” will be Saturday, June 27 from 10 a.m to 4 p.m. If you’d like more information—give me a call at (734) 729-1203.

Councilman and Wayne’s Historical Society spokesman, Al Damitio, tells me the next meeting of the Society will be Thursday, March 12, at 7:30 p.m. at the Historical Museum.  The program for the evening is THE TRAINS OF WAYNE.
Richard Andrews (Al jokingly refers to Mr. Andrews as George Pierrot) will be leading everyone through the history of all the trains in Wayne.  Al has previewed this new presentation by Richard Andrews and found it “entertaining and educational.”

It’s always good to “KNOW A GUY.”  And we found a guy.  Well—my husband did.  He read Robert Watson’s ad in our Wayne Dispatch.  Although he advertises as a licensed plumber—he’s so much more.  So far he’s cleaned out the pilot light on our gas logs and gotten them lighted, repaired the broken caster on a dining room chair, and is now repairing an old Ice cream parlor chair.
He is a licensed plumber and can fix your clogged or broken drains, leaky faucets or running toilets.
But he’s also a “Jack of all Trades.”  So if you have something to be repaired and don’t know who to call—try Robert Watson at 734-771-9610.  And he does offer a Senior Citizen Discount.