By Carolyn Marnon – November 11 is Veteran’s Day in the U.S. It is a time to honor all who have served our country. We are lucky that we have several military veterans who are currently serving the City of Wayne. These highlighted veterans are all employees of the Wayne Police Department. The WPD highlighted their achievements last May on the department’s Facebook page. This month, we are honoring them for their part in protecting our freedoms. 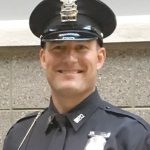 Officer Joshua Priebe has been with the Wayne Police Department for a year. He works road patrol as a valued member of the police department team. Priebe attended the United States Naval Academy, majoring in History and wrestling on the varsity team. He graduated from the Academy as a Surface Warfare Officer. He has served on the USS Harpers Ferry (LSD-49) out of Sasebo, Japan and on the USS Reuben James (FFG 57) in Pearl Harbor, Hawaii. He was transferred to the Naval Submarine Base New London in Groton, Connecticut where he served as the Assistant Port Operations Officer. Priebe served in the Navy for eleven years and in the Navy Reserves for two years. 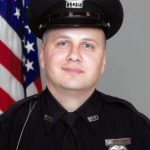 Officer Jordan Arndt has been with police department since 2015. He is the School Resource Officer at Wayne Memorial High School. Arndt served in the Army National Guard for six years in the 1st Battalion, 125th Infantry. He spent one year in Afghanistan in support of Operation Enduring Freedom. 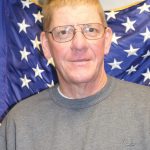 Matthew Mann is a Maintenance Specialist with the police department making sure the patrol vehicles are properly maintained and safe to operate. He also helps with various other maintenance needs around the building. Mann served in the US Army from 1984-1988. He was a 63 Bravo Light-Wheeled Vehicle Mechanic and was an expert with the M16A2 rifle. 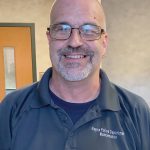 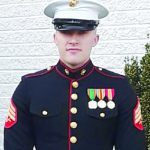 Matthew Andro is a Police Service Aide who answers non-emergency calls for the police department. He also assists command officers and patrol officers with important miscellaneous tasks. He joined the department in 2019. In 2015, Andro joined the Marine Wing Support Squadron 471-B of the US Marine Corps Forces Reserves. He is currently a Sergeant and serves as a survey drafter designing blueprints for runways, and he also detonates explosives and does minesweeping. 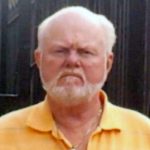 Harold Bennett is a Crossing Guard and has been with the program since 2017. The police department operates the school crossing guard program. Bennett makes sure the children are able to safely cross the street on their way to and from school (when there is school to attend.)
Harold served in the US Army from 1967-1969. He was a mechanic in Vietnam, working on everything from earthmovers to Jeeps to fire trucks. 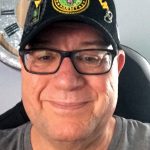 Leonard Theisen is a Substitute Crossing Guard. He fills in when the regular crossing guards are ill. Theisen served in the US Air Force from 1975-1981 as a Jet Engine Mechanic. He went on to serve in the US Army from 1986-2000 during the first Gulf War as an Armor Crewman, often working on tanks. He was also the Unit Armorer, taking care of the weapons room and training new officers. 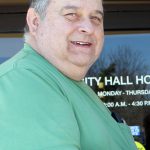