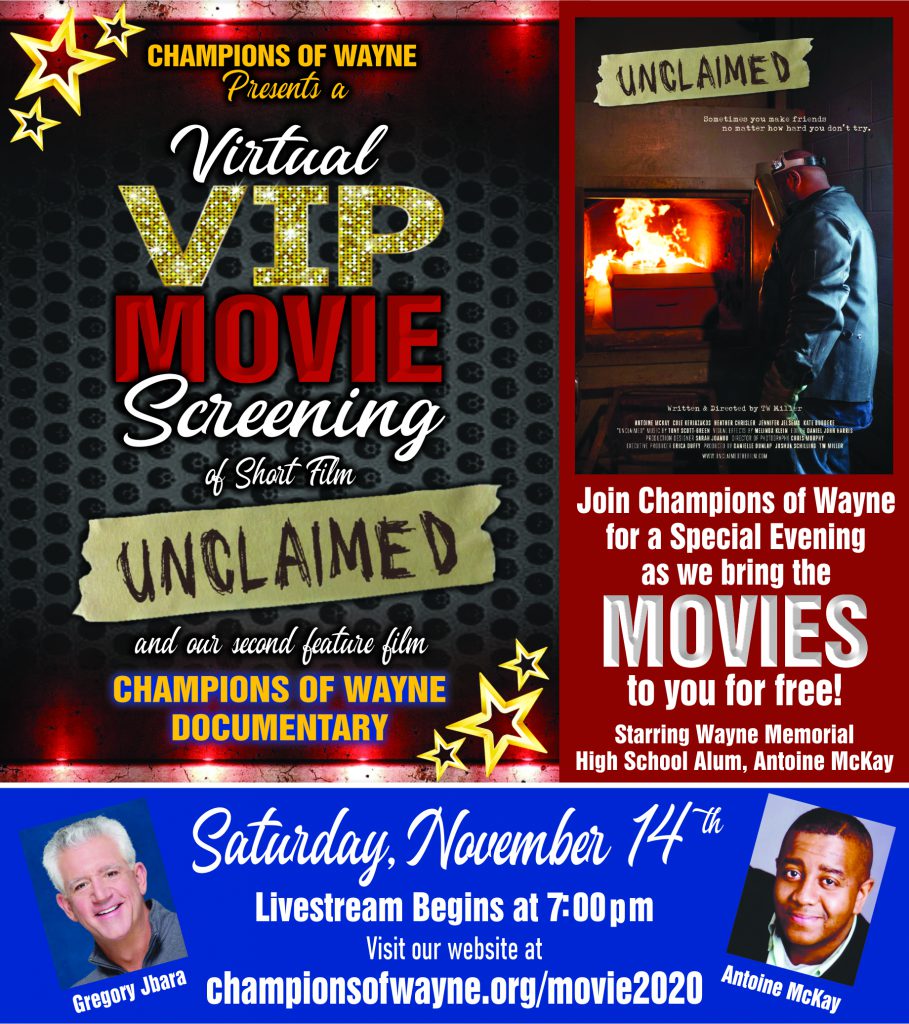 Virtual VIP Movie Screening
TW Miller has spent 20 years around Hollywood, writing, producing and directing. He is now featuring his own screen play that he produced and directed “Unclaimed”. The story of a crusty old black guy. A lonely young white kid. And a reluctant friendship built on cremating dead people nobody wants. The film stars Wayne’s own Antoine McKay who has appeared on television shows such as ER (NBC), Prison Break and Empire (FOX).
Champions of Wayne will hold a Free Virtual VIP Movie Screening of the short film at 7:00 p.m. Saturday, November 14th. Join us for an evening of special guests’ appearances from Westland native and MC for the evening Gregory Jbara. Who is currently staring as “DCPI Garrett Moore” on CBS’ hit police drama, Blue Bloods. Also, appearing Willie Horton and Dave Coulier.
Visit championsofwayne.org/mo-vie2020 for additional details, updates and to register.
Please contact Deborah Vigliarolo at deborah@championsofwayne.org for more information. 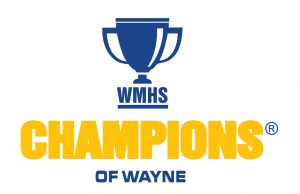 About Champions of Wayne
The innovative academic program for Wayne Memorial High School (WMHS) students has repeatedly produced head-turning results in Wayne and has caught the attention of educators far and wide as a wonderfully successful program.
Champions of Wayne has combined mentoring, incentives, and goal-setting to bolster culture and achievement at WMHS for nearly a decade. Beginning as a grassroots program in 2009 with a trophy and a #2 pencil, Champions of Wayne has grown to a robust 501c3 nonprofit and serves as a beacon to other schools in the state.
Once measured as a below average high school, Wayne Memorial has now been recognized by U.S. News and World Report as one of America’s best high schools two years in a row and has recent graduates attending the likes of Stanford, Harvard, Georgetown as well as record admissions to Michigan State University and the University of Michigan.
“Champions of Wayne has been an integral part of the changes to Wayne Memorial,” said James Anderson, school principal. “The program has been a cornerstone in shaping the student-oriented culture at Wayne Memorial.”
For complete information on Champions of Wayne, how to help, visit: www.championsofwayne.org.
Supporting Sponsors Beaumont Hospital and Jack Demmer Ford.