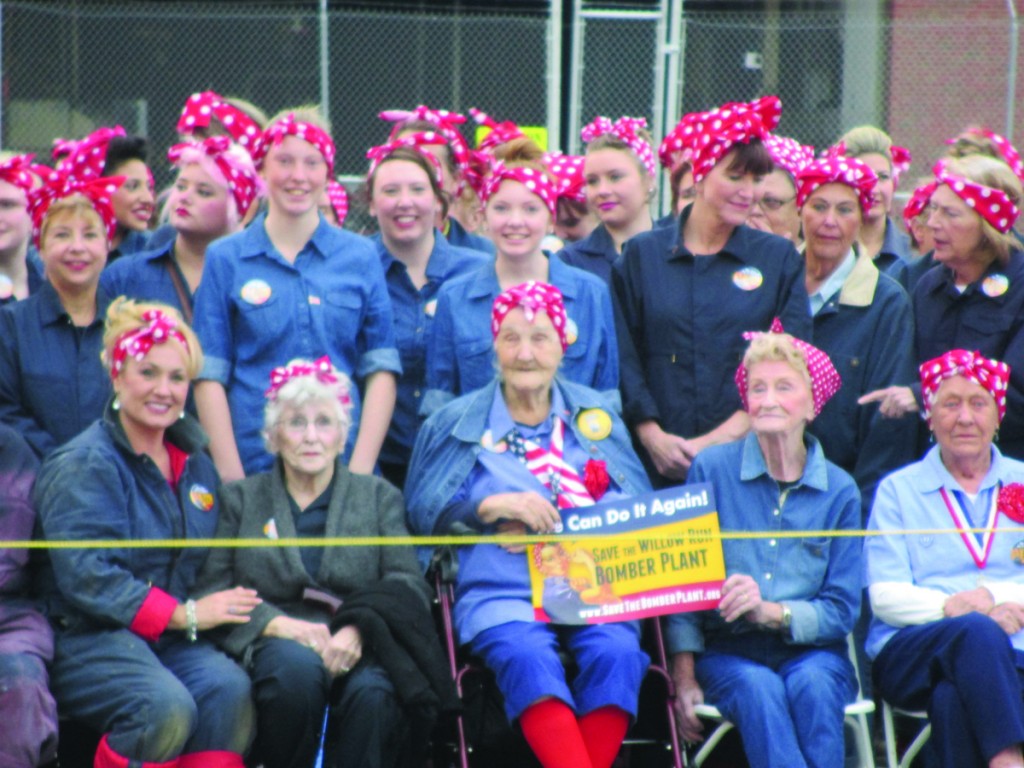 Ruth was part of a group that tried to break the Guinness Book of World Records for most Rosie’s in one location. The attempt was made at the Yankee Air Museum. They were not successful but hope to try again this spring. 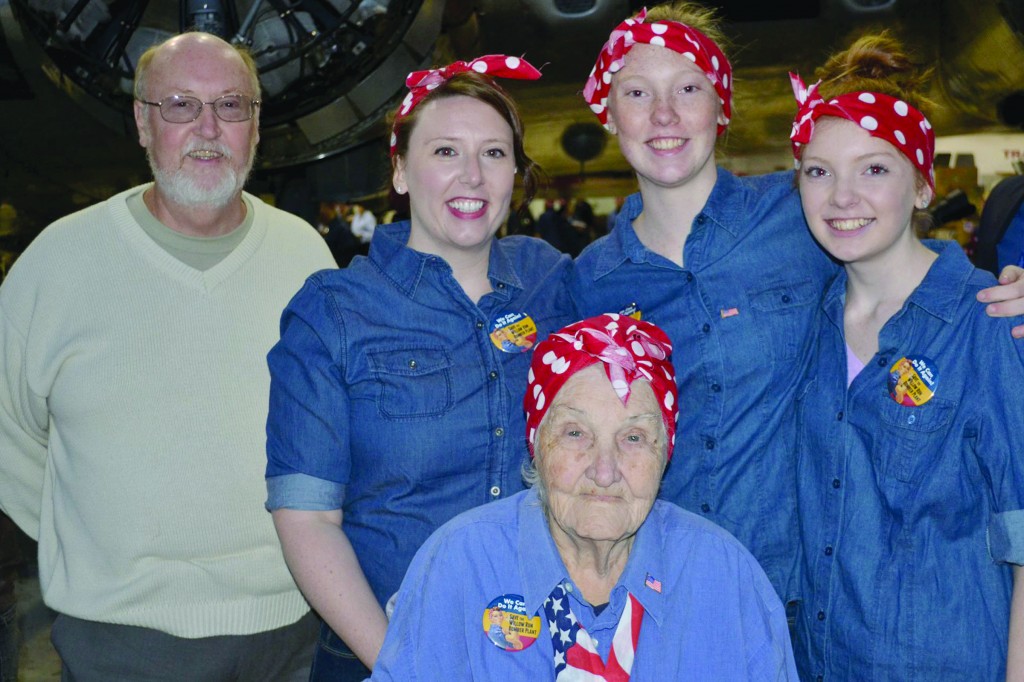 By Jenny Johnson –
Ruth M. Pierson-Webb, 93, of Wayne is a proud member of the Greatest Generation. During World War II she and many other women entered the work force to help keep the economy strong and provide much needed equipment for the war effort.
Pierson-Webb worked at the Willow Run Bomber Plant as a riveter and rivet inspector. At 23 years old she held several jobs at the plant, including inspecting the rivet work on the B-24 bombers.
“I was a riveter and worked on the sides of planes and riveter repair. I worked there from 43 to 45 until they closed the plant,” she said.
Even though it got hot in there with no air conditioning and no fans she said she enjoyed her job.
“Getting up and getting ready and getting out to work and being with the people.
It didn’t seem too hard it was pretty easy,” she said. “I just went to work, did my job and went home and that was it.”
“I met a lot of nice people from all different places- Illinois, Indiana and Kentucky when I worked at the bomber,” she said.
She was in her early 20s and living in Inkster with her parents and most of her 15 siblings. She and her sister would catch the bus to the plant in Belleville. But if they missed the bus the two had to walk the miles, with no sidewalks and often in the snow, to the plant.
She was six when her father moved the family from Indiana to Michigan so he could work at the Ford Rouge Plant. The family made the drive in the back of a flat bed truck with all of the kids and their possessions.
“I am from a family of 16. There are eight girls and eight boys. I am the oldest one,” she said.
She has lived in Wayne since 1943 where she and her husband, Robert, raised their seven children- Cletis, Brenda, Robert, Valerie, Ronald, Diana and Jean.
She met Robert, who served eight years in the army, in Wayne in 1950.
“I was working in Wayne in a restaurant and he came in and had dinner and we got to talking,” she said.
They were married on October 22, 1952.
They have 17 grandchildren and five great grandchildren and three great -great grandchildren.

About Rosie
Because many men were fighting oversees during WWII the American workforce saw a large increase in women in the industrial labor force. In 1943 there were more than 310,000 women working in the aircraft industry. Some of those women worked at the Willow Run Bomber Plant in Belleville.  At its peak Willow Run produced one B-24 Liberator bomber plane per hour. They employed over 40,000 workers the majority were women.
These women assembly line workers were referred to as Rosie the Riveter. The Rosies were a cultural icon and often associated with feminism.
Ruth is a member of the Rosie the Riveter Association and enjoys spending time with other women who had the same experience as her.
“We go and talk about how we came to Michigan and got a job and everyone shares and we have dinner and we have a nice meeting,” she said.
She has participated in the effort to help the Yankee Air Force Museum save part of the historic Bomber Plant that was built by Henry Ford and where Ruth and many other Rosies worked during World War II.
Just last month she was part of the Guinness Book of World Records attempt to get a record number of women dressed as Rosie the Riveters. While they did not break the record, they will try again this spring.
Her son Robert said, “She never realized how important this was being a Rosie the Riveter until about three years ago. She said I never thought it was important.”
Her humble perspective was typical of the Greatest Generation. “She said ‘I guess I lived long enough to see history made’ and I said Mom you are part of history,” he said.

Arson cause of Marvaso’s fire